The tidinet is a type of string instrument from Mauritania and other regions in North Africa. [1] It is most often only played by men. [2] The tidinet resembles a small guitar and is used by griots. [3] 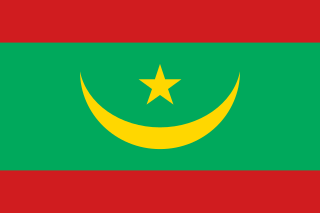 Mauritania, officially the Islamic Republic of Mauritania, is a country in Northwest Africa. It is the eleventh largest sovereign state in Africa and is bordered by the Atlantic Ocean to the west, Western Sahara to the north and northwest, Algeria to the northeast, Mali to the east and southeast, and Senegal to the southwest. 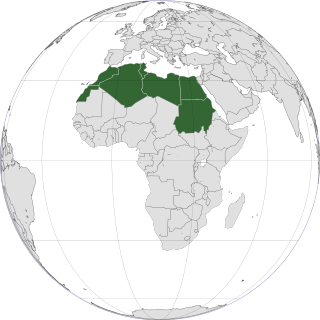 North Africa is a region encompassing the northern portion of the African continent. There is no singularly accepted scope for the region, and it is sometimes defined as stretching from the Atlantic shores of Morocco in the west, to Egypt's Suez Canal and the Red Sea in the east. Others have limited it to the countries of Algeria, Morocco, and Tunisia, a region that was known by the French during colonial times as "Afrique du Nord" and is known by Arabs as the Maghreb. The most commonly accepted definition includes Morocco, Algeria, Tunisia, Libya, Egypt, and Sudan, the 6 countries that shape the top North of the African continent. Meanwhile, "North Africa", particularly when used in the term North Africa and the Middle East, often refers only to the countries of the Maghreb and Libya. Egypt, being also part of the Middle East, is often considered separately, due to being both North African and Middle Eastern at the same time.

West Africa is the westernmost region of Africa. The United Nations defines Western Africa as the 16 countries of Benin, Burkina Faso, Cape Verde, The Gambia, Ghana, Guinea, Guinea-Bissau, Ivory Coast, Liberia, Mali, Mauritania, the Niger, Nigeria, Senegal, Sierra Leone and Togo, as well as the United Kingdom Overseas Territory of Saint Helena, Ascension and Tristan da Cunha. The population of West Africa is estimated at about 362 million people as of 2016, and at 381,981,000 as of 2017, to which 189,672,000 are female, and 192,309,000 male.

Senegal's music is best known abroad due to the popularity of mbalax, a development of Serer sabar drumming popularized by Youssou N'Dour.

A griot, jali, or jeli is a West African historian, storyteller, praise singer, poet, or musician. The griot is a repository of oral tradition and is often seen as a leader due to his or her position as an advisor to royal personages. As a result of the former of these two functions, they are sometimes called a bard. 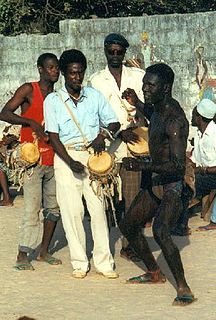 Senegalese hip hop is a form of hip hop that originated in Senegal in the early 1980s. When hip hop first hit the scene in Africa, it went from merely being a fad, to a more social and political movement. Amongst the most influential leaders of this movement were artists from the country of Senegal. With the modernization of the country, and the rise in media, the youth of Senegal were able to embrace a new form of expression.

The Mauritania national football team nicknamed Al-Murabitun in reference to Almoravid dynasty, is the national team of Mauritania and is controlled by the Fédération de Football de la République Islamique de Mauritanie and is a member of the Confederation of African Football. They have not qualified for the FIFA World Cup. However, in the Amilcar Cabral Cup, a regional tournament for West Africa, Mauritania came fourth in 1980 on hosting the competition. The national football team of Mauritania were later runners-up in 1995, losing on penalties to Sierra Leone after the final finished 0–0. On 18 November 2018, Mauritania qualified to the 2019 Africa Cup of Nations for the first time in their history, after they won 2–1 against Botswana. 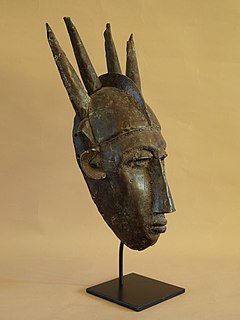 Mandé is a family of ethnic groups in Western Africa who speak any of the many related Mande languages of the region. Various Mandé groups are found in Benin, Burkina Faso, Côte d'Ivoire, Gambia, Ghana, Guinea, Guinea-Bissau, Liberia, Mali, Mauritania, Niger, Nigeria, Senegal and Sierra Leone. The Mandé languages are divided into two primary groups: East Mandé and West Mandé.

The Toucouleur people, also called Tukulor or Haalpulaar are a West African ethnic group native to Futa Tooro region of Senegal. There are smaller communities in Mali and Mauritania. The Toucouleur were islamized in the 11th century; their early and strong Islamic heritage, which is seen as a defining feature, is a "matter of great pride for them". They have been influential in the spread of Islam to West Africa in the medieval era, later founded the vast Toucouleur Empire in the 19th century under El Hadj Umar Tall that led a religious war against their neighboring ethnic groups and the French colonial forces. 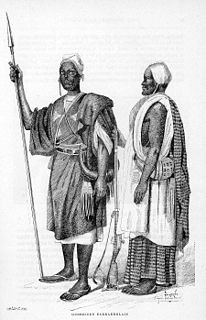 The Soninke are a West African ethnic group found in eastern Senegal and its capital Dakar, northwestern Mali and Foute Djalon in Guinea, and southern Mauritania. They speak the Soninke language, also called Maraka language, which is one of the Mande languages.

Haratin, also referred to as Haratine, Harratin or Hartani, are oasis-dwellers in the Sahara, especially in the Maghreb. They are particularly found in Mauritania, Morocco, Western Sahara and Algeria. In Tunisia and Libya they’re called Chouachin, Chouachine or Chouchan. They have Sub-Saharan African heritage and make up a distinct group of largely-settled workers, and with 40% of Mauritania's total population, they are its largest ethnic group. They have been called a socially distinct class of workers, or a caste that emerged from a legacy of slavery in Africa under the Arabs, the Berbers and the Moors. 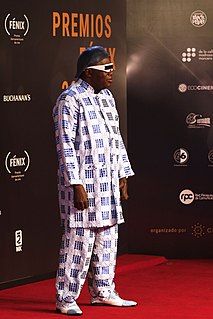 Foday Musa Suso is a Gambian musician and composer. He is a member of the Mandinka ethnic group, and is a griot. Griots are the oral historians and musicians of the Mandingo people who live in several west African nations. Griots are a living library for the community providing history, entertainment, and wisdom while playing and singing their songs. It is an extensive verbal and musical heritage that can only be passed down within a griot family.

Dimi Mint Abba was one of Mauritania's most famous musicians. She was born Loula Bint Siddaty Ould Abba in Tidikdja Mauritania in 1958, into a low-caste ("iggawin") family specializing in the griot tradition.

The mallemin were a professional caste of blacksmiths and metalworkers within Hassaniya Arab society, Mauritania, southern Morocco and Western Sahara and. They held a low place on the social ladder, but their services were used by all tribes.

Mansour Seck is a blind Senegalese singer and musician born in Podor, in the north of the country. Best known for his collaboration with lifelong friend Baaba Maal, he has also toured and released several solo albums.

Sotigui Kouyaté was one of the first Burkinabé actors. He was the father of film director Dani Kouyaté and was a member of the Mandinka ethnic group.

T'heydinn or T'heydinne, variously also called Al Batt Likbir and Al Rasm is a Moorish epic ensemble of Mauritania. It is an important literary and artistic manifestation of the Hassaniya language and was, in 2011, added to the UNESCO's Intangible Cultural Heritage List.

The ardin is a type of harp played in Mauritania. It has a resonating body made of calabash, with 10 to 16 strings, and is played by female griots. 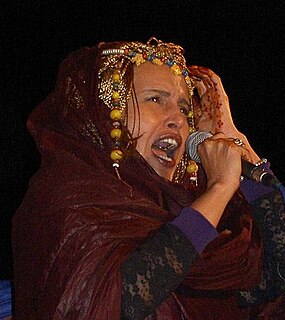 Malouma Mint El Meidah ; born October 1, 1960) is a Mauritanian singer, songwriter and politician. Raised in the south-west of the country by parents versed in traditional Mauritanian music, she first performed when she was twelve, soon featuring in solo concerts. Her first song "Habibi Habeytou" harshly criticized the way in which women were treated by their husbands. Though an immediate success, it caused an outcry from the traditional ruling classes. After being forced into marriage while still a teenager, Malouma had to give up singing until 1986. She developed her own style combining traditional music with blues, jazz, and electro. Appearing on television with songs addressing highly controversial topics such as conjugal life, poverty and inequality, she was censored in Mauritania in the early 1990s but began to perform abroad by the end of the decade. After the ban was finally lifted, she relaunched her singing and recording career, gaining popularity, particularly among the younger generation. Her fourth album, Knou (2014), includes lyrics expressing her views on human rights and women's place in society. 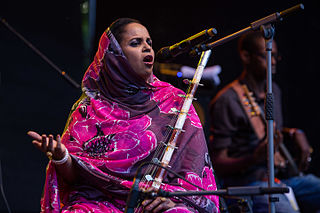