Tielman, or Tieleman, is a primarily archaic Dutch given name that could be of West Frisian origin or was a nickname of Theodorus. [1] It also exist as a patronymic surname. Tielman may refer to:

Tielemans is a Dutch patronymic surname. Tieleman is a primarily archaic Dutch given name that could be of West Frisian origin or a nickname of Theodorus. It had many spellings and variations on the patronym include Thieleman, Thielemans, Thielman, Tieleman, Tielman, Tilleman and Tillemans. People with these surnames include:

The West Frisians – or, more precisely, the Westlauwers Frisians – are those Frisian peoples in that part of Frisia administered by the Netherlands: the Province of Friesland, which is bounded in the west by the IJsselmeer and in the east by the River Lauwers. 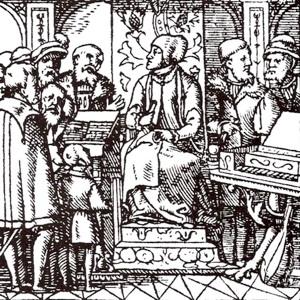 TielmanSusato was a Renaissance composer, instrumentalist and publisher of music in Antwerp.

Andy Tielman was an influential Indo (Eurasian) artist, recognised as the "godfather" of Indorock, the style of rock and roll played by Indo artists in the 1950s and 1960s. He is considered one of the most important figures in Dutch popular music, and "defied the notion that early rock and roll was a phenomenon of white and black musicians from America".

The Tielman Brothers was the first Indonesian band to successfully venture into the international music scene in the 1950s. They were one of the pioneers of rock and roll in The Netherlands, and are credited with releasing the first Dutch rock and roll single, Rock Little Baby of Mine in 1958. The band became famous in Europe for playing a kind of rock and roll later called Indorock, a fusion of Indonesian and Western music with roots in Kroncong. At the height of their career, in the 1950s and early 1960s, the band was hailed as one of the greatest live-acts in Europe. 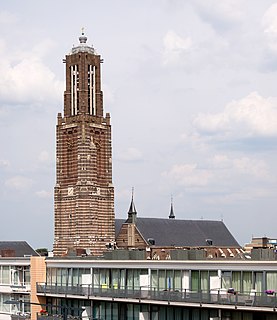 Weert is a municipality and city in the southeastern Netherlands. Weert had a population of 51.000 in 2017. It lies on the Eindhoven–Maastricht railway line, and is also astride the Zuid-Willemsvaart canal.

The Souterliedekens is a Dutch metrical psalter, published in 1540 in Antwerp, and which remained very popular throughout the century. The metrical rhyming psalms were - probably - arranged by a Utrecht nobleman: Willem van Zuylen van Nijevelt. For the melodies he used folksongs from the Low Countries. This publication has great value, because the publisher not only added the phrase 'sung to the tune of...' but also provided the actual music (melody) with the texts.

Carolus Souliaert was a Dutch composer active in the first half of the 16th century.

Laurence Tieleman is a former tennis player from Italy. 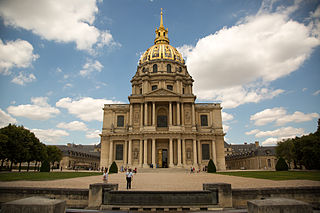 The year 1706 in architecture involved some significant events.

Indorock is a musical genre that originated in the 1950s in the Netherlands. It is a fusion of Indonesian and Western music, with roots in Kroncong. The genre was invented by Indo repatriates in the Netherlands after Indonesian independence on August 17, 1945, and became popular especially in Germany. Indorock is one of the earliest forms of "Eurorock". Its influence on Dutch popular music was immense.

Tylman van Gameren, also Tilman or Tielman and Tylman Gamerski, was a Dutch-born Polish architect and engineer who, at the age of 28, settled in Poland and worked for Queen Marie Casimire, wife of Poland's King John III Sobieski. Tylman left behind a lifelong legacy of buildings that are regarded as gems of Polish Baroque architecture.

Silhouettes is the third album by Dutch metal band Textures. The band released the first song from the album, Old Days Born Anew on their MySpace page on 14 March 2008 for both streaming and downloading. On 1 April 2008 a second song Storm Warning was released for streaming and downloading from the band's MySpace. It was announced on 11 April 2008 that due to a manufacturing delay, the new album would not be released until 5 May 2008, except in Benelux, where the album was released on 21 April 2008.

Sander Groen is a professional tennis player from the Netherlands.

Tylman may refer to:

Richard Tylman of Faversham, was an English food commodity dealer and exporter. He served as Mayor of Faversham in 1580 during the reign of Elizabeth I of England, at an ancient sea port established before the Roman conquest. 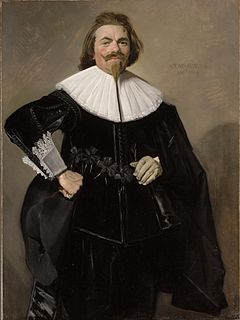 Tieleman Roosterman, was a Dutch cloth merchant and friend of Willem van Heythuysen who is best remembered today for his portrait painted by Frans Hals. 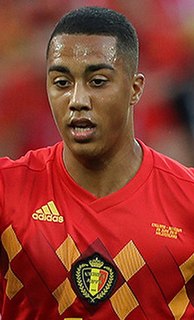 Youri Marion A. Tielemans is a Belgian professional footballer who plays as a midfielder for Leicester City of the Premier League and for the Belgium national team.

On Passions, also translated as On Emotions or On Affections, is a work by the Greek Stoic philosopher Chrysippus dating from the 3rd-century BCE. The book has not survived intact, but around seventy fragments from the work survive in a polemic written against it in the 2nd-century CE by the philosopher-physician Galen. In addition Cicero summarises substantial portions of the work in his 1st-century BCE work Tusculan Disputations. On Passions consisted of four books; of which the first three discussed the Stoic theory of emotions and the fourth book discussed therapy and had a separate title—Therapeutics. Most surviving quotations come from Books 1 and 4, although Galen also provides an account of Book 2 drawn from the 1st-century BCE Stoic philosopher Posidonius. Little or nothing is known about Book 3.