"Tierra bendita y divina" (English: "Blessed and Divine Land"), also known as "Tierra de la Palestina" (English: "Land of Palestine"), is a traditional Spanish language Christian hymn derived from Cuba and composed by Robert C. Savage in 1954. [1] It describes the land of Palestine and the details of Jesus' life, and refers to certain historical Israelite places: the Western Wall, the Mount of Beatitudes, and the Jaffa Gate. 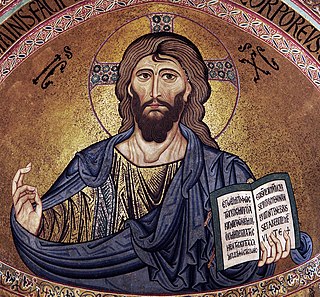 Jesus, also referred to as Jesus of Nazareth and Jesus Christ, was a first-century Jewish preacher and religious leader. He is the central figure of Christianity and is widely described as the most influential person in history. Most Christians believe he is the incarnation of God the Son and the awaited Messiah (Christ) prophesied in the Old Testament.

On the line, "Tierra bendita y divina, es la de Palestina", the Holy Land is referred to as Palestine. The origin of the name "Palestine" translates in Hebrew Pəléshseth (פלשת), which refers to the kingdom of Philistia: arch-enemy of Israel and west of the Kingdom of Judah. 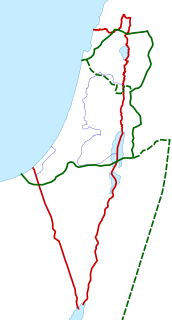 Palestine is a geographic region in Western Asia usually considered to include Israel, the West Bank, the Gaza Strip, and in some definitions, some parts of western Jordan. 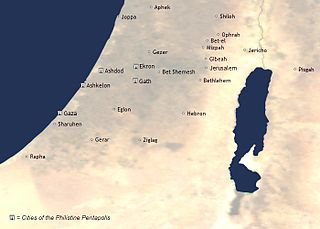 Philistia was a geo-political region occupied by the Philistines. Its northern boundary was the Yarkon River with the Mediterranean on its the west, Judah to the east and the Wadi El-Arish to the south. Philistia was comprised ofthe Five Lords of the Philistines, described in Joshua 13:3 and 1 Samuel 6:17, comprising Ashkelon, Ashdod, Ekron, Gath, and Gaza, in the south-western Levant.

These are the lyrics in Spanish:

Palestina may refer to: 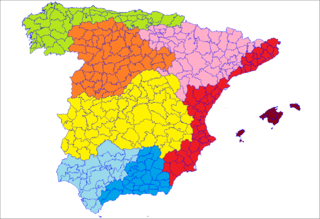 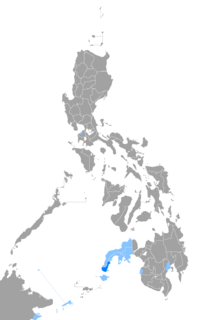 Chavacano or Chabacano[tʃaβaˈkano] refers to a number of Spanish-based creole language varieties spoken in the Philippines. The variety spoken in Zamboanga City, located in the southern Philippine island group of Mindanao, has the highest concentration of speakers. Other currently existing varieties are found in Cavite City and Ternate, located in the Cavite province on the island of Luzon. Chavacano is the only Spanish-based creole in Asia. 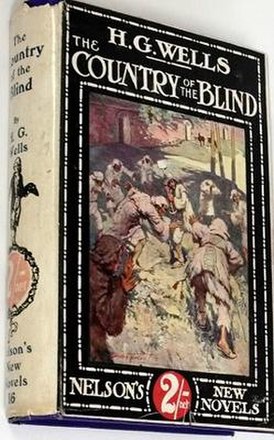 The State Anthem of Coahuila was published in 2003 by the government of Enrique Martínez y Martínez. It was composed by José Luis Ulloa Pedroza. 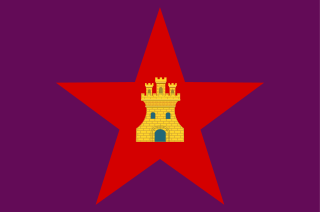 Bagua Grande, is a town in northern Peru, capital of Utcubamba Province, in the region Amazonas. It has an estimated 47,396 inhabitants, having changed from a rural to an urban area after experiencing lots of immigration in the 1960s. It is called by their inhabitants Corazón de Amazonas.

Arab Colombians refers to Arab immigrants and their descendants in the Republic of Colombia. Most of the Arab Middle Easterners came from Lebanon, Jordan, Syria and Palestine escaping from the repression of the Turkish Ottoman Empire and financial hardships. When they were first processed in the ports of Colombia, they were classified as Turks because what is modern day Lebanon, Syria and Palestine was a territory of the Turkish Ottoman Empire. It is estimated that Colombia has a Lebanese population of 700,000.

Antón García AbrilOAXS is a Spanish composer and musician.

Yashir Armando Islame Pinto is a Chile-born Palestinian footballer who plays for PKNP F.C. as a right winger. 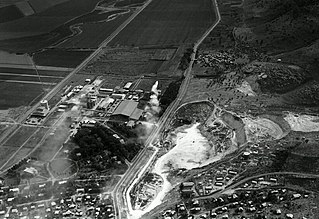 Yajur was a Palestinian Arab village located 9.5 km southeast of Haifa. It was depopulated during the 1947–48 Civil War in Mandatory Palestine on April 25, 1948.

The Libro del Conosçimiento de todos los rregnos or Book of Knowledge of All Kingdoms, also known as the Book of All Kingdoms, is an anonymous 14th-century Castilian geographical and armorial manual. It is written in the form of imaginary autobiographical travelogue of a Castilian mendicant friar, as he travels through the entire world, known and fanciful, from the westernmost Atlantic islands, through Europe, Asia, Africa and the Arctic, identifying all the lands, kings, lords and their armorial devices as he passes them. The only explicit information is that the anonymous author claims to have been born in Castile in 1305. 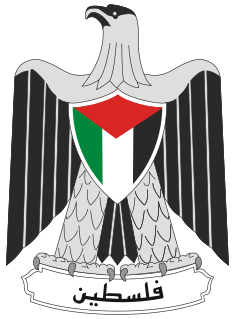 Honduras–Palestine relations refers to the links between the Republic of Honduras and the Palestine. Honduras recognized Palestine in 2011, a move in sharp contrast to a long-lasting legacy of close links between successive Honduran governments and Israel.

Mexico–Palestine relations refers to the diplomatic relations between Mexico and Palestine. 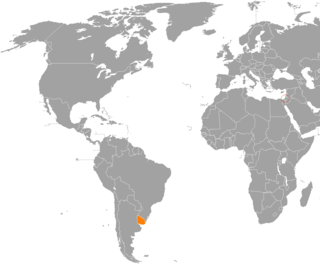 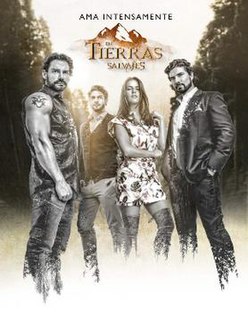