Irma Consuelo Cielo Serrano Castro is a Mexican pop-folk-singer of chanson, songwriter, actress, politician and vedette. Famous for her "tantalizing," "untamed spitfire" voice, she is one of the most noted performers of the ranchera and corrido genres; she was nicknamed La Tigresa de la Canción Ranchera and later known simply as "La Tigresa". At the same time, she developed a film career of more than a dozen films.

Agustín Yáñez Delgadillo was a notable Mexican writer and politician who served as Governor of Jalisco and Secretary of Public Education during Gustavo Díaz Ordaz's presidency. He is the author of numerous books and the recipient, in 1952 as member of the Academia Mexicana de la Lengua, in 1973, of the Premio Nacional de las Letras. Al filo del agua is universally acknowledge as his masterpiece, according to the Encyclopedia of Latin American and Caribbean literature, 1900-2003 By Daniel Balderston, Mike Gonzalez, page 616.

Regional Mexican is a radio format encompassing the musical genres from the various parts of rural Mexico and the Southwestern United States. Genres include banda, Duranguense, grupero, mariachi, New Mexico music, Norteño, Tejano, Tierra Caliente and others. It is among the most popular radio formats targeting Mexican Americans in the United States.

Irma is a female given name. 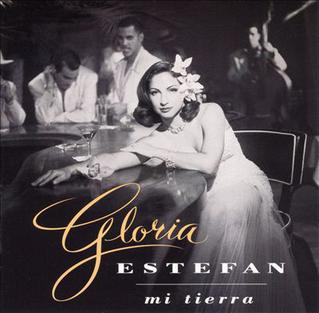 Serrano is a surname common in the Spanish, Portuguese, and Italian languages.

Nana is a 1944 Mexican film by Celestino Gorostiza and Roberto Gavaldón. The film is an adaptation of Émile Zola's 1880 novel Nana, and is the last film of the Mexican star Lupe Vélez. 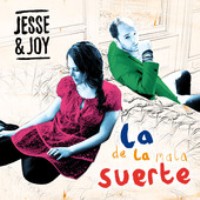 "La De La Mala Suerte" is a pop song written by Mexican pop duo Jesse & Joy. The song is included on their third studio album, ¿Con Quién Se Queda El Perro? (2011), and was released as the third single from the album on 13 March 2012.

Inténtalo is the first studio album by Mexican group 3Ball MTY. It was released on December 6, 2011 under Fonovisa Records label. 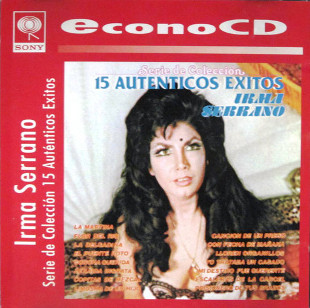 Bitter Honey may refer to:

The Teatro Fru Fru is a theater in Mexico City. It was inaugurated on January 1, 1899 under the name Teatro Renacimiento. In 1973 it was re-inaugurated with its current name. It is located at number 24 in the Donceles Street, in the Centro Histórico de la Ciudad de México

Amalia Macías is a Mexican singer and actress of stage, radio, film, and television. In the 1970s and 1980s, she toured Europe singing Mexican songs.