The Tietzowsee is a lake in the Rheinsberg Lake Region in the German state of Brandenburg. It covers and area of 44 hectares (110 acres) within the municipality of Rheinsberg.

Plön is a district in Schleswig-Holstein, Germany. It is bounded by the districts of Ostholstein and Segeberg, the city of Neumünster, the district of Rendsburg-Eckernförde, the city of Kiel and the Baltic Sea. 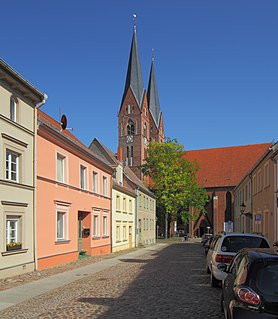 Neuruppin is a town in Brandenburg, Germany, the administrative seat of Ostprignitz-Ruppin district. It is the birthplace of the novelist Theodor Fontane (1819–1898) and therefore also referred to as Fontanestadt. A garrison town since 1688 and largely rebuilt in a Neoclassical style after a devastating fire in 1787, Neuruppin has the reputation of being "the most Prussian of all Prussian towns". 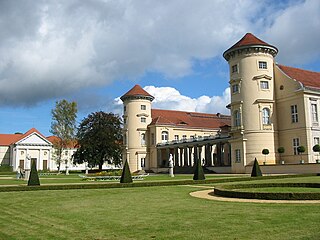 Rheinsberg is a town and a municipality in the Ostprignitz-Ruppin district, in Brandenburg, Germany. It is on the Grienericksee and the river Rhin, approximately 20 km north-east of Neuruppin and 75 km north-west of Berlin. 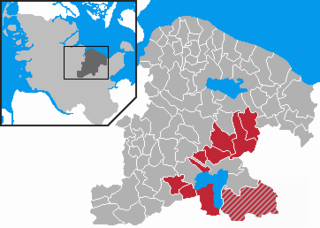 Großer Plöner See is an Amt in the districts of Plön and Ostholstein in Schleswig-Holstein, Germany. It is situated around Plön, which is the seat of the Amt, but not part of it. The Amt is named after the lake Großer Plöner See. 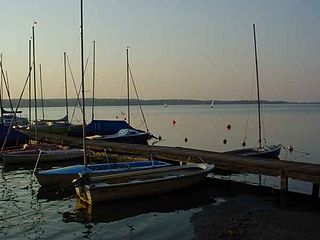 The Großer Plöner See or Lake Plön is the largest lake (30 km²) in Schleswig-Holstein, Germany. It is located near the town of Plön. Its main tributary, as well as its main outflow, is the River Schwentine. 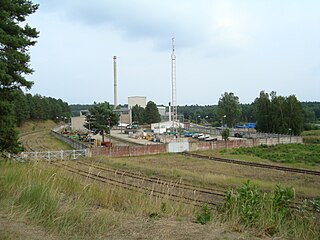 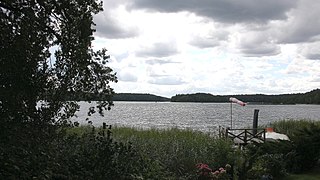 Zootzensee is a lake in the Rheinsberg Lake Region, Brandenburg, Germany. It has an elevation of 21 metres (69 ft) and a surface area of 1.67 square kilometres (0.64 sq mi). It lies within the municipality of Rheinsberg. 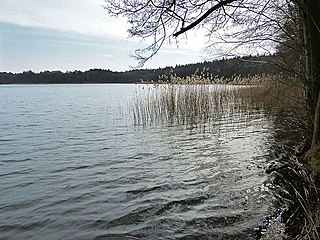 The Großer Prebelowsee is a lake in the Rheinsberg Lake Region, Brandenburg, Germany. It has an elevation of 55.7 metres (183 ft) and a surface area of 2.8 square kilometres (1.1 sq mi). It is in Prebelow, a village in borough of Rheinsberg. 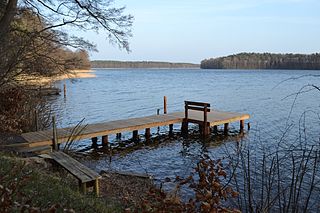 The Großer Zechliner See is a lake in the Rheinsberg Lake Region of Brandenburg, Germany. It is in Rheinsberg, and its surface area is 1.8 square kilometres (0.69 sq mi).

Schwarzer See may refer to:

The Schwarzer See is a lake in the Rheinsberg Lake Region in the German state of Brandenburg. It has a surface area of 30 hectares. It lies within the municipality of Rheinsberg. 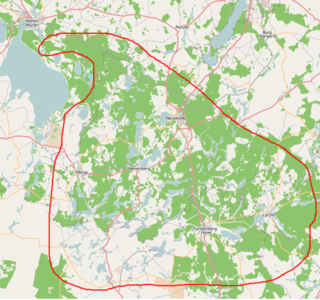 The Neustrelitz Little Lakes Region is a landscape in the south of the German state of Mecklenburg-Vorpommern, in der region around the town of Neustrelitz, and in the north of the state of Brandenburg, north of Rheinsberg. The northern part of the lakeland region is drained by the River Havel, which also has its source here. There is a link through the Prebelow Canal to the southern part, the Rheinsberg Lakeland, which is drained by the Rhin. There is another link along the Mirow Canal and the Alte Fahrt to the Mecklenburg Great Lakeland. To the east is the Feldberg Lake District. 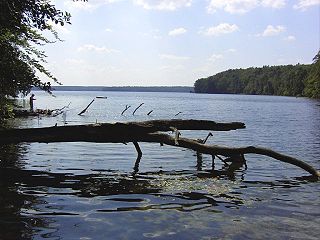 The Rheinsberg Lake Region with its many great and small lakes, lies in the richly-varied, gently rolling, forested countryside between the villages of Rheinsberg, Menz and Fürstenberg/Havel in the north German state of Brandenburg. It lies just to the south of the Neustrelitz Little Lakes Region, but has no natural link to the waterbodies to the north. However, the Rheinsberg Lake Region is linked to the Neustrelitz lakes via the Wolfsbruch Canal and Lock, the Müritz-Havel Waterway and the Upper Havel Waterway. It drains southwards to the River Havel through the Rhin and is bounded by Ruppin Switzerland to the south. The overwhelming part of the region belongs to the Stechlin-Ruppiner Land Nature Park. The Stechlin Nature Reserve, created in 1938, is well known. 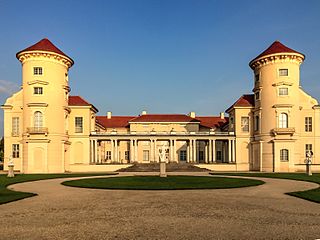 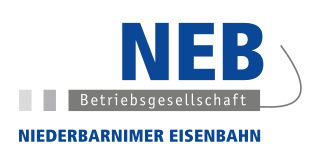 Niederbarnimer Eisenbahn GmbH is a private railway company operating regional train service in Berlin and Brandenburg, eastern Germany. It is owned by Industriebahn-Gesellschaft Berlin (66.92%) and four districts in the region (33.08%). The company is also an infrastructure manager. 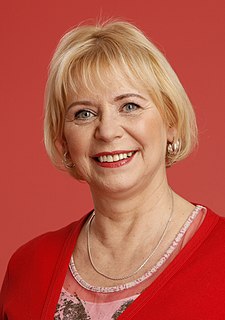 Ulrike Liedtke is a German musicologist and politician (SPD). From 1991 to 2014 she was founding director of the Musikakademie Rheinsberg. Since 2014 she has been a member of the Landtag of Brandenburg. After her re-election in 2019 she was elected President of the Landtag.

The Rheinsberg Music Academy is an academy for music in Rheinsberg, Brandenburg, Germany. It was co-founded by Ulrike Liedtke and is now a national and state institution, educating both lay people and professionals. It is based at Schloss Rheinsberg and uses the theatre there for performances.

Rheinsberg: Ein Bilderbuch für Verliebte is a story (Erzählung) by Kurt Tucholsky, with illustrations by Kurt Szafranski. Written in 1912, it was the journalist's first literary work. The plot is a weekend trip of a young unmarried pair of lovers from Berlin to Schloss Rheinsberg. The work, written in a light ironic style, was immediately successful. It was adapted to a film, an audio play, and audio books. It was translated in 2015 as Rheinsberg: A Storybook for Lovers.