Tiffany Tshilumba (born 28 October 1996) is a Luxembourgish sprinter. [1] She competed in the 60 metres event at the 2014 IAAF World Indoor Championships. Her father is originally from the Democratic Republic of the Congo. [2] 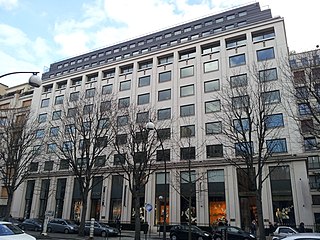 LVMH Moët Hennessy Louis Vuitton, commonly known as LVMH, is a French multinational corporation and conglomerate specializing in luxury goods, headquartered in Paris, France. The company was formed in 1987 through the merger of fashion house Louis Vuitton with Moët Hennessy, which was established after the 1971 merger between the champagne producer Moët & Chandon and the cognac producer Hennessy. LVMH controls around 60 subsidiaries that each manage a small number of prestigious brands, 75 in total. The subsidiaries are often managed independently, under the umbrellas of six branches: Fashion Group, Wines and Spirits, Perfumes and Cosmetics, Watches and Jewelry, Selective Distribution, and Other Activities. The oldest of the LVMH brands is wine producer Château d'Yquem, which dates its origins back to 1593.

Tiffany & Co. is an American luxury jewelry and specialty retailer headquartered in New York City. It sells jewelry, sterling silver, china, crystal, stationery, fragrances, water bottles, watches, personal accessories, and leather goods. Tiffany is known for its luxury goods, particularly its diamond and sterling silver jewelry. It markets itself as an arbiter of taste and style. These goods are sold at Tiffany stores, and through direct-mail and corporate merchandising. 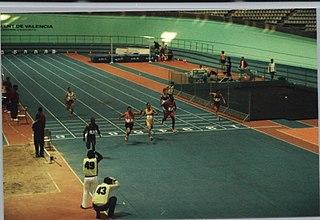 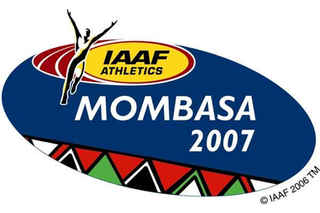 The 2007 IAAF World Cross Country Championships took place on March 24, 2007. The races were held at the Mombasa Golf Course in Mombasa, Kenya. Four races took place, one for men, women, junior men and junior women respectively. All races encompassed both individual and team competition. The short race for men and women that was run between 1998 and 2006 was scrapped and the World Cross Country Championships went back to one-day format. Reports of the event were given in the Herald, and for the IAAF. 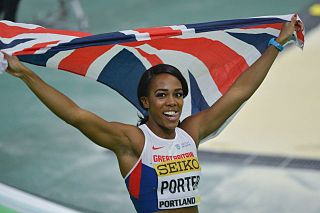 Tiffany Porter is a track and field athlete with joint British and American nationality who specialises in the 100 metres hurdles. She represented the United States as a junior, but began representing Great Britain in 2010 on joining the senior ranks after moving to England and competed for Great Britain at the 2012 Olympic Games in London.

The 2014 IAAF World Half Marathon Championships took place on March 29, 2014. The races were held in Copenhagen, Denmark. The essentially flat one-loop course was beginning and ending in the city centre by Christiansborg Castle. Detailed reports on the event and an appraisal of the results were given both for the men's race and for the women's race.

The women's 100 metres hurdles at the 2015 World Championships in Athletics was held at the Beijing National Stadium on 27 and 28 August. 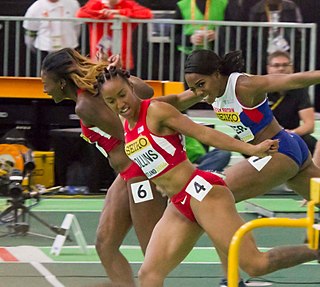 Tiffany Donnama James is a Jamaican athlete. She competed in the women's 4 × 400 metres relay at the 2018 IAAF World Indoor Championships.