TIG or Tig or variation, may refer to:

Tig may refer to:

TIG may refer to:

tig may refer to:

This disambiguation page lists articles associated with the title Tig.
If an internal link led you here, you may wish to change the link to point directly to the intended article.

Plug, PLUG, plugs, or plugged may refer to:

Buster may refer to:

Rosebud may refer to:

A tank is an armoured combat vehicle. 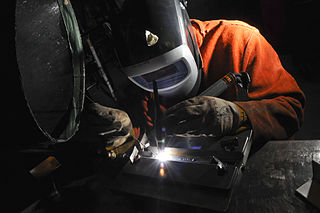 Gas tungsten arc welding (GTAW), also known as tungsten inert gas (TIG) welding, is an arc welding process that uses a non-consumable tungsten electrode to produce the weld. The weld area and electrode are protected from oxidation or other atmospheric contamination by an inert shielding gas. A filler metal is normally used, though some welds, known as autogenous welds, or fusion welds do not require it. When helium is used, this is known as heliarc welding. A constant-current welding power supply produces electrical energy, which is conducted across the arc through a column of highly ionized gas and metal vapors known as a plasma. GTAW is most commonly used to weld thin sections of stainless steel and non-ferrous metals such as aluminum, magnesium, and copper alloys. The process grants the operator greater control over the weld than competing processes such as shielded metal arc welding and gas metal arc welding, allowing for stronger, higher quality welds. However, GTAW is comparatively more complex and difficult to master, and furthermore, it is significantly slower than most other welding techniques. A related process, plasma arc welding, uses a slightly different welding torch to create a more focused welding arc and as a result is often automated.

Plasma arc welding (PAW) is an arc welding process similar to gas tungsten arc welding (GTAW). The electric arc is formed between an electrode and the workpiece. The key difference from GTAW is that in PAW, the electrode is positioned within the body of the torch, so the plasma arc is separated from the shielding gas envelope. The plasma is then forced through a fine-bore copper nozzle which constricts the arc and the plasma exits the orifice at high velocities and a temperature approaching 28,000 °C (50,000 °F) or higher.

Deuce, Deuces, or The Deuce may refer to:

Spawn or spawning may refer to:

Awesome may refer to:

A welding helmet is a type of headgear used when performing certain types of welding to protect the eyes, face and neck from flash burn, ultraviolet light, sparks, infrared light, and heat.

Tuesday is a day of the week.

Mooch or Moocher may refer to:

Orbital welding is a specialized area of welding whereby the arc is rotated mechanically through 360° around a static workpiece, an object such as a pipe, in a continuous process. The process was developed to address the issue of operator error in gas tungsten arc welding processes (GTAW), to support uniform welding around a pipe that would be significantly more difficult using a manual welding process, and to ensure high quality repeatable welds that would meet more stringent weld criteria set by ASME. In orbital welding, computer-controlled process runs with little intervention from the operator. 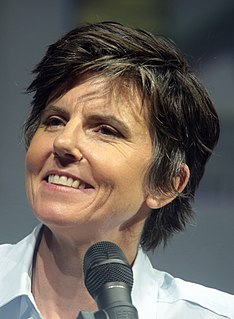 Tiggers may refer to:

Gas blending is the process of mixing gases for a specific purpose where the composition of the resulting mixture is specified and controlled. A wide range of applications include scientific and industrial processes, food production and storage and breathing gases.

Notaro is a surname. Notable people with the surname include: