Tiger Army II: Power of Moonlite is Tiger Army's second album, released on July 24, 2001. It featured London May on drums, Geoff Kresge on stand up bass and Nick 13 on vocals and guitar. London May left the band before their next album, Tiger Army III: Ghost Tigers Rise (he was replaced with Fred Hell). This album in particular features songs that are laced with rockabilly overtones (such as "Cupid's Victim"), though the band is considered psychobilly.

"Annabel Lee" references the popular poem of the same title by Edgar Allan Poe. Some songs, including "Under Saturn's Shadow" and "Annabel Lee," are backed with vocals by Davey Havok of AFI.

Guest Musicians and Other Personnel 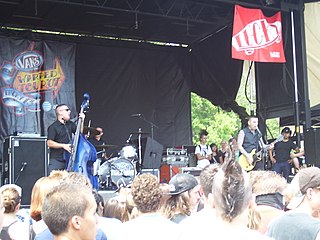 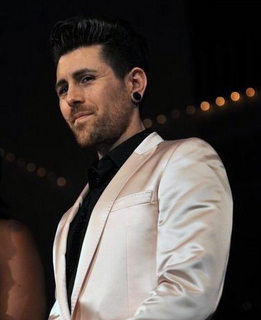 David Paden Marchand, known professionally as Davey Havok, is an American singer and musician who is the lead vocalist of the rock band AFI, the synthpop band Blaqk Audio, the hardcore punk band XTRMST, the new wave band Dreamcar, and in a fictional rock band My Purple Agony from Harvey Girls Forever!. 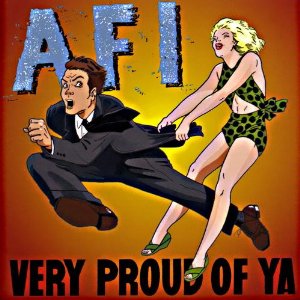 Very Proud of Ya is the second studio album by American rock band AFI. It was released on June 18, 1996, through Nitro Records. 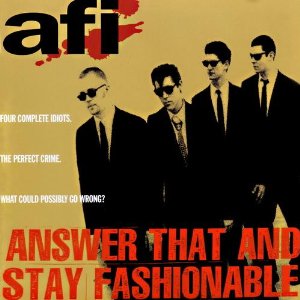 Answer That and Stay Fashionable is the debut studio album by American punk rock band AFI. It was originally released on July 4, 1995, through Wingnut Records and rereleased on April 22, 1997, through Nitro Records. 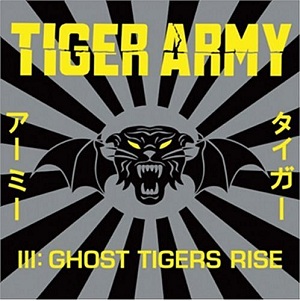 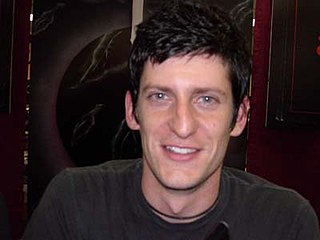 Adam Alexander Carson is the drummer of the alternative rock band AFI. He and Davey Havok are the two original members left in the lineup. Carson also filled in as drummer for the psychobilly band Tiger Army. His drumming can be found on Tiger Army's Early Years EP as well as their debut album Tiger Army. Carson was also a member of Influence 13 – a band formed by Nick 13, Jade Puget, Geoff Kresge, and two other friends. 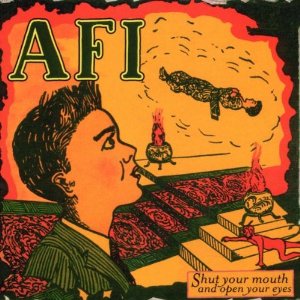 Shut Your Mouth and Open Your Eyes is the third studio album by American punk rock band AFI. It was released on November 11, 1997 through Nitro Records. 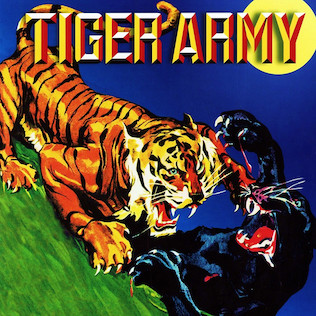 Tiger Army is the first full-length release by California psychobilly band Tiger Army, released on October 26, 1999. The band had previously recorded a vinyl EP in 1996, and came to the attention of Tim Armstrong, the owner of Hellcat Records. Armstrong contacted Tiger Army's lead singer, Nick 13, interested in the band recording an album. Although Nick 13 did not initially have a confirmed line-up for the band, the studio line-up consisted of Nick 13, drummer Adam Carson and bassist Rob Peltier, from The Quakes.

Behind the Times E.P. is the second extended play by AFI released on 11 June 1993 on Key Lime Pie Records.

Eddie Picnic's All Wet is a live EP by American rock band AFI. It was recorded on December 29, 1993 during a show at The Phoenix Theater in Petaluma, California and released on March 18, 1994 through Key Lime Pie Records. 201 copies were produced on pink vinyl for its first pressing. The second pressing was limited to 100. A reissue, featuring slightly different artwork and remastered tracks, was announced in 2015 and released in 2016 after a pressing delay. The reissue was handled by Atom Age Industries, a company owned by former AFI bassist Geoff Kresge. 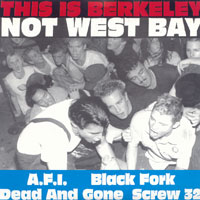 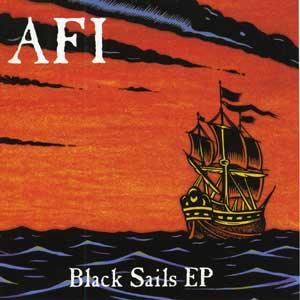 Black Sails EP is an extended play by the American rock band AFI. It was released on April 27, 1999, through Nitro Records. Only 5,000 copies were pressed. It is a sampler of the band's fourth studio album Black Sails in the Sunset. 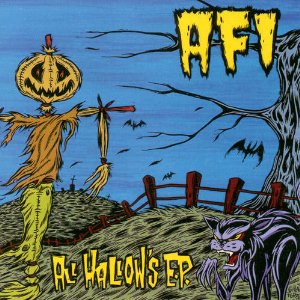 All Hallow's E.P. is an extended play by American punk rock band AFI. It was released on October 5, 1999, through Nitro Records. It contains three original songs and a cover of the Misfits song "Halloween".

Anabelle Lee or similar may refer to:

"The Days of the Phoenix" is a song by the American rock band AFI. It was released to radio as the only single from their fifth studio album The Art of Drowning in 2000.

Viva Hate is a rock band that was formed late in the summer of 2004 by Geoff Kresge after he left Tiger Army. Shortly after forming Viva Hate, Kresge was asked to join the HorrorPops, with whom he played guitar with from 2004 to 2006, although the official statement of his departure was not made until the summer of 2007, leaving many questions regarding the nature of his parting ways with the HorrorPops. 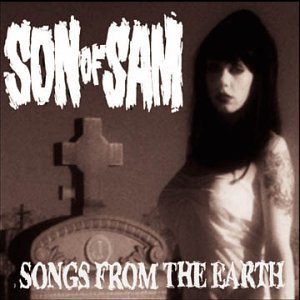 Songs From the Earth is the debut album by horror punk/deathrock supergroup Son of Sam. The album was a tribute to Glenn Danzig's former band Samhain, though there are no cover songs on the album. Danzig himself plays backup guitar on "Stray," and plays backup guitar and keyboards on the title track "Songs from the Earth." Allmusic notes "Evernight" as sounding like 'Sonic Youth-like art noise' and the title track as being 'very much in the classic Misfits vein.' The album closer "Invocation" bears similarity to the Danzig song of the same name from the album Danzig 4.

Music from Regions Beyond is the fourth full-length Tiger Army album, released on June 5, 2007. The album was produced by Jerry Finn. Unlike their previous albums, it does not have a numeral in the title. The album title comes from a line spoken in the Disneyland ride The Haunted Mansion, in the Séance room of the ride. The album reached No. 49 on the Billboard 200.

CexCells is the debut studio album by the American electronic duo Blaqk Audio. It was initially scheduled to be released on August 7, 2007, however, it was rescheduled and released a week further on August 14, 2007 through Interscope Records. It debuted at number 18 on the Billboard 200, selling more than 29,000 copies within its first week. It received mixed reviews from music critics. It spawned one single: "Stiff Kittens".