Tiger Tiger may refer to:

This disambiguation page lists articles associated with the title Tiger Tiger.
If an internal link led you here, you may wish to change the link to point directly to the intended article.

007 is a code name of James Bond, a fictional character in the eponymous series James Bond.

Vertigo is a form of dizziness.

Trash may refer to:

Consequence may refer to:

Beginnings may refer to:

"Tiger! Tiger!" is a short story by Rudyard Kipling. A direct sequel to "Mowgli's Brothers", it was published in magazines in 1893–94 before appearing as the third story in The Jungle Book (1894), following "Kaa's Hunting". The title is derived from William Blake's poem "The Tyger".

Tyger may refer to: 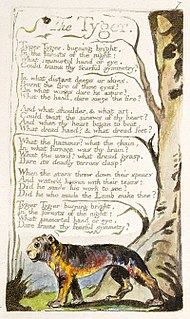 "The Tyger" is a poem by the English poet William Blake, published in 1794 as part of his Songs of Experience collection and rising to notoriety in the romantic period. It has been the subject of both literary criticism and many adaptations, including various musical versions. The poem is one of the most anthologised in the English literary canon. The poem explores and questions Christian religious paradigms prevalent in late 18th century and early 19th century England; predominantly forming discussion regarding God's intention and motivation for creating both the tiger and the lamb.

Beyond the Pale may refer to: 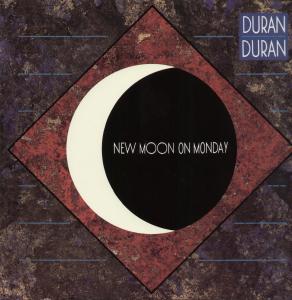 "New Moon on Monday" is the tenth single by the English new wave band Duran Duran, released on 23 January 1984 in the United Kingdom.

"The Man Who Would Be King" is an 1888 short story by Rudyard Kipling concerning two ambitious British ex-soldiers. The title may also refer to:

The Boat may refer to:

Twilight Zone may refer to:

They is a third-person, personal pronoun

Planet Earth is the third planet from the Sun.