A tiger tail is the tail of a tiger.

Tiger tail may also refer to:

Cow is a colloquial term for cattle, and the name of female cattle.

Twister may refer to:

Ideal may refer to: 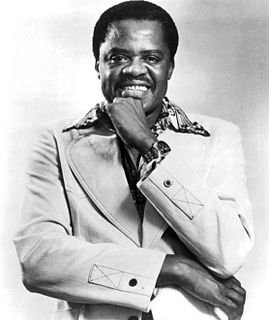 Cream is a dairy product.

A doughnut or donut is a deep-fried piece of dough or batter, usually with a toroidal shape.

The cherry is the fruit of many plants of the genus Prunus. The plants themselves are also called cherries, and the wood they produce is called cherry.

Yum Yum may refer to: 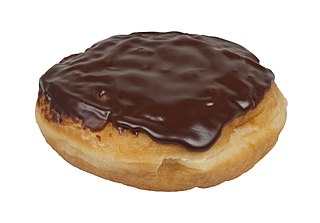 The Boston cream (pie) doughnut or donut is a round, solid, yeast-risen doughnut with chocolate frosting and a custard filling, resulting in a miniature doughnut version of the Boston cream pie.

The bacon sundae is a sundae prepared using typical sundae ingredients and bacon.

Tigertail is a family of dragonflies. 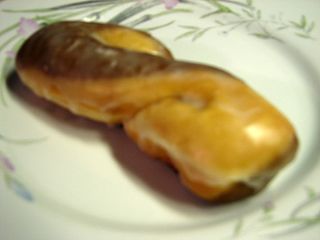 A tiger tail donut is a donut that is twisted with another ingredient so that it looks like the tail of a tiger. This other ingredient may vary; examples include chocolate; chocolate-flavoured dough; a combination of chocolate and cinnamon; and a combination of cinnamon, apples, and coconut. The tiger tail is the second most popular donut at The Donut Man in Glendora, California, United States, surpassed only by the shop's signature donut: the strawberry donut. In 2010, Dunkin' Donuts locations in Kuala Lumpur, Malaysia, sold tiger tails to celebrate the Year of the Tiger. Erin Allday of The Press Democrat called the tiger tail the "most unusual donut" at the Donut Hut in Santa Rosa, California.

Tiger tail ice cream, also called tiger tiger or tiger flavor, is a Canadian orange-flavoured ice cream with black liquorice swirl. It is named for its resemblance to orange and black tiger stripes. Tiger tail is most popular in parts of Canada and not often found elsewhere. Created by Morgan Carr, it is a distinctly flavoured ice cream. This flavour of ice cream is offered by such companies as Kawartha Dairy Company and Baskin-Robbins. Tiger tail is considered a retro ice cream flavour and it has seen a nostalgia-related resurgence in recent years. 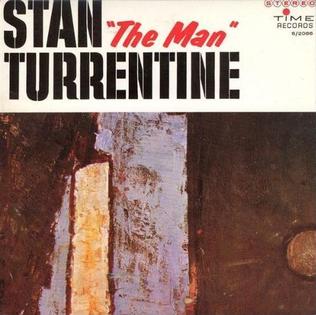 Stan "The Man" Turrentine is the debut album recorded in 1960 by jazz saxophonist Stanley Turrentine originally released on the Time label in 1963, and subsequently re-released on Mainstream as Tiger Tail.