Tigershark is a 1987 action film directed by Emmett Alston and starring Mike Stone, John Quade, and Pamela Bryant. Its plot concerns a martial arts instructor who sets out to rescue his girlfriend who is being held for ransom by a South American warlord.

No ship of the United States Navy has ever borne the name USS Tiger Shark or Tigershark, but the name is popular for fictional submarines.

The Northrop F-20 Tigershark is a light fighter, designed and built by Northrop. Its development began in 1975 as a further evolution of Northrop's F-5E Tiger II, featuring a new engine that greatly improved overall performance, and a modern avionics suite including a powerful and flexible radar. Compared with the F-5E, the F-20 was much faster, gained beyond-visual-range air-to-air capability, and had a full suite of air-to-ground modes capable of utilizing most U.S. weapons. With these improved capabilities, the F-20 became competitive with contemporary fighter designs such as the General Dynamics F-16 Fighting Falcon, but was much less expensive to purchase and operate.

Trenton Engine Plant is a Chrysler automobile factory in Trenton, Michigan. The north factory opened in 1952 while the south plant opened in 2010.

Saltillo Engine is a Chrysler engine plant in Ramos Arizpe, Coahuila, Mexico. The factory opened in 1981. It was built as a scale model of the plant at Trenton, Michigan, United States, but with more work flexibility, having only 20 job classifications rather than the 70 at Trenton.

Darrell Eugene Cornell was Northrop's chief test pilot in the early 1980s. He was killed on October 10, 1984, at Suwon Air Base, while performing a demonstration flight for the South Korean Air Force (ROKAF). The F-20, 82-0062, c/n GG1001, N4416T, he was piloting stalled after a series of climbing rolls performed with flaps and gear extended. Cornell was not able to recover the aircraft from the uncontrolled stall. Cornell was also the lead test pilot for Northrop's RF-5E Tigereye, a reconnaissance version of the low-cost F-5E fighter aircraft.

The tiger shark, Galeocerdo cuvier, is a large shark in the family Carcharhinidae.

The Atomic Submarine is a 1959 independently made, American black-and-white science-fiction film directed by Spencer Gordon Bennet and starring Arthur Franz, Dick Foran, Brett Halsey, and Joi Lansing, with John Hilliard as the voice of the alien. The film was produced by Alex Gordon and distributed by Allied Artists Pictures Corporation.

Emerson Electric's AN/APG-69 is an X band coherent pulse doppler radar originally designed for the F-20 Tigershark aircraft. It is the successor to the AN/APQ-159. Northrop skipped over the APG-69 for the F-20, choosing the General Electric AN/APG-67 instead. However, the APG-69 was still used by other F-5 operators, and other light fighter projects, including the ALR Piranha.

The AN/APG-67 is a multi-mode all-digital X band coherent pulse doppler radar originally developed by General Electric for the Northrop F-20 Tigershark program of the early 1980s. It offers a variety of air-to-air, air-to-ground, sea-search and mapping modes, and compatibility with most weapons used by the US Air Force in the 1980s. 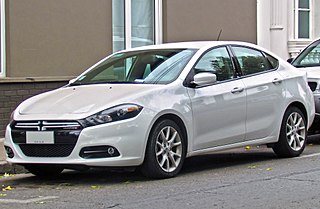 The Dodge Dart is a front-engine, front-wheel drive, four-door compact sedan that was manufactured and marketed by then FCA US LLC, a subsidiary of Fiat Chrysler Automobiles. The automobile made its debut at the 2012 North American International Auto Show in Detroit, Michigan. In some non-US markets, the Dodge Dart is sold as the Fiat Viaggio. 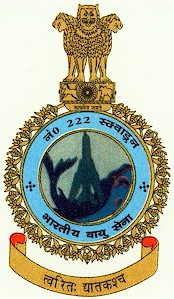 No. 222 Squadron(Tigersharks) is a maritime strike unit based out of Thanjavur. It is the first Sukhoi Su-30 MKI squadron based in southern India and is the also the first squadron equipped with air launched BrahMos cruise missile.

Julie Hardt is a former American swimmer who won a gold medal as a member of the winning U.S. team in the women's 4×200-meter freestyle relay at the 2001 World Aquatics Championships in Fukuoka, Japan. She currently coaches for the Carson Tigersharks. 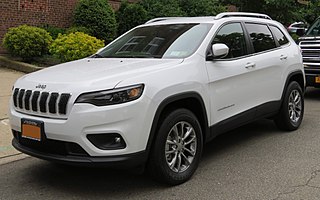 The Jeep Cherokee(KL) is a compact crossover SUV manufactured and marketed by the Jeep marque of Stellantis North America. Introduced for model year 2014 at the 2013 New York International Auto Show, sales began in November 2013. It occupies a position between the smaller Compass and the larger Grand Cherokee in Jeep's global lineup. 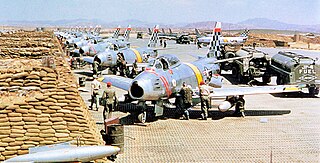 Suwon Air Base is a Republic of Korea Air Force (ROKAF) base near Suwon city.

The World Gasoline Engine is a family of straight-4 piston engines, based on the Global Engine Alliance design.

Dundee Engine Plant is an automobile engine factory in Dundee, Michigan. It is now wholly owned by FCA US LLC; it was formerly part of the Global Engine Manufacturing Alliance (GEMA).

TigerShark is a 1997 video game published by GT Interactive for the PlayStation and Windows, and the first game to be released by its developer, n-Space.

Tigershark is a defunct subsidiary of Arctic Cat that produced personal water craft's (PWC) from 1993 until 1999. Tigershark PWC's were designed to be light, sporty and inexpensive, but early models have a reputation for poor build quality and the brand suffered, despite significant improvements with the introduction of the 1997 models. The line was introduced in 1993 as a singular Tigershark model. Across seven years, the brand would consist of 20 offerings between two unique hull designs, 3 various lengths, and two engines in various trim and sizes.