Tigerstyle is a Scottish folkhop group from Glasgow with a British Punjabi background.

Brothers Raj Singh and Pablo (Pops) Singh come from a folk background, with the traditional upbringing of a Sikh family, with their roots in Punjab, Punjabi folk music, in particular Punjabi music from the late 1970s to early 1980s, including artists such as Kuldip Manak and Surinder Shinda as well as Bollywood music. They also list Rap, Hip hop, RnB and Drum n bass with artists such as Dr. Dre and Ice Cube as influences. [1]

They started their music career in 1997 when as DJs they created Desi Bombsquad Sound System with the intent of nurturing the bhangra scene in Scotland as they felt it lagged behind the English bhangra scene. [2] The name Tigerstyle is taken from the Tiger Style of Shaolin Kung Fu named after the tiger, [3] with the brothers coming from a Sikh warrior background which has its own martial art, Gatka, and the name Singh meaning lion. [1]

The brothers have released a number of singles and albums and also done official remixes for artists such as Lisa Maffia and Raghav. After a legal dispute with previous record companies, they signed to Nachural Records, the label that launched Panjabi MC.

Tigerstyle have toured all over the world and shared stages with the likes of Lily Allen, Dub Pistols, Misty in Roots, Talvin Singh, Nitin Sawhney, Gunjan, Asian Dub Foundation, Badmarsh & Shri, Truth Hurts, Panjabi MC, Future World Funk as well as Bobby Friction and DJ Nihal on BBC Radio 1. Friction has said of Tigerstyle, "They are without doubt the next Asian/Bhangra act that will break through into the mainstream – it is only a question of time." On 28 October 2006 they performed on the BBC Electric Proms Asian Network gig. [4]

In the second series of Britain's Got Talent on ITV1 in May 2008, the song used by dance act Signature in their audition and again in their performance in the final was "Nachna Onda Nei", a bhangra remix of Michael Jackson's "Billie Jean" and Queen and David Bowie's "Under Pressure" featuring Kaka Bhaniawala with covering vocals. As a result of it being featured, it made the top 100 for the first time, spending one week at #62 [5]

Tigerstyle are one of the few Asian acts to have ever recorded a live session for the late John Peel. They also performed on the BBC Introducing Stage at Glastonbury Festival in July 2007. [6] [7] Their Bollywood debut came in the shape of exclusive remixes of "Bas Ek Kinng" and "Bhootni Ke" under the guidance of hit music director Pritam, on the soundtrack of the blockbuster movie of summer 2008, Singh Is Kinng. They also collaborated again with Pritam for Pankaj Kapur's directoral debut Mausam .

Over the past few years Tigerstyle have gone on to work with other Bollywood Music Directors such as Sachin Jigar and Ram Sampath and have also develop a new fusion of Bhangra with Electronic Dance Music which they have named "DigiBhang".

This new fusion style formed the basis of their 2013 album "Digi-Bhang". In the same year they transformed their studio produced album into a Live Band Performance. During the 2013 Edinburgh Fringe Festival, Tigerstyle performed at a one-off event named "DigiBhang Live" at the Assembly Rooms in Edinburgh with their newly formed band.

Rajveer Dhami, better known by his stage name Panjabi MC, is a British Indian recording artist, rapper, producer and DJ of Punjabi ethnicity. He is best known for the worldwide bhangra hit "Mundian To Bach Ke", which sold 10 million copies worldwide, making it one of the best-selling singles of all time. Among other songs, he gained acclaim with the 2003 release "Jogi". AllMusic has called him "one of the most prominent names in bhangra".

The Punjabis or the Punjabi people, are an Indo-Aryan ethnolinguistic group associated with the Punjab region in South Asia, specifically in the northern part of the Indian subcontinent presently divided between Pakistani Punjab and Indian Punjab. They speak Punjabi, a language from the Indo-Aryan language family. The term Punjab means the five waters from Persian: panj ("five") and āb ("waters"). The name of the region was introduced by the Turko-Persian conquerors of the Indian subcontinent.

Rishpal Singh Rekhi, better known by his stage name Rishi Rich, is a British-Indian music producer based in London. He began his career in the Asian Underground scene and later became internationally known for his bhangra tracks, his Hindi remixes, and as a pioneer of Asian-R&B fusion music.

Harcharanjit Singh Rupal known professionally as Channi Singh, is a British-Indian bhangra musician, known as the "godfather" of bhangra in the West. 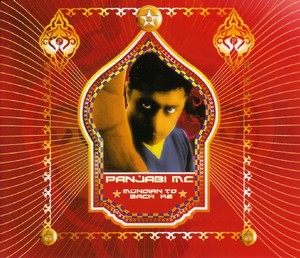 "Mundian To Bach Ke", also titled "Beware of the Boys " or "Beware", is a bhangra song produced by British musician Panjabi MC, with vocals and lyrics by Punjabi artist Labh Janjua. The song was originally released in 1998, produced by Panjabi MC in Birmingham, Britain, for the album Legalised. Following its re-release as a single in 2002, it achieved considerable worldwide success, topping the singles charts in Italy and Wallonia and charting highly in many other countries. A remix featuring American rapper Jay-Z also charted highly in North America and Australia. The song sold an estimated 10 million copies worldwide, making it one of the best-selling singles of all time.

The culture of Punjab encompasses the spoken language, written literature, cuisine, science, technology, military warfare, architecture, traditions, values and history of the Punjabi people native to the northern part of the Indian subcontinent. The term 'Punjabi' can mean both a person who lives in Punjab and also a speaker of the Punjabi language. Traditionally, Punjabi identity is primarily linguistic, geographical and cultural. Its identity is independent of historical origin or religion and refers to those who reside in the Punjab region or associate with its population and those who consider the Punjabi language their mother tongue. Integration and assimilation are important parts of Punjabi culture, since Punjabi identity is not based solely on tribal connections.

Bikram Singh is an American bhangra music artist. A graduate of Touro Law School, he also works as an attorney in New York City.

Singh Is Kinng is a 2008 Indian Hindi-language action comedy film directed by Anees Bazmee, which stars Akshay Kumar and Katrina Kaif in lead roles. The film also featured a music video with Snoop Dogg. The film was released on 8 August 2008, and a major part of the production was shot in Australia. Akshay Kumar was also nominated for the Asian Film Awards in the "Best Actor" category for his performance in the film.

DJ Rekha is a London-born musician, DJ, producer, curator, and activist. She has been credited with pioneering Bhangra music in North America. Her first album, DJ Rekha Presents Basement Bhangra, released in October 2007 on Koch Records, fuses the Indian genre of bhangra music with international hip-hop and drum beats. 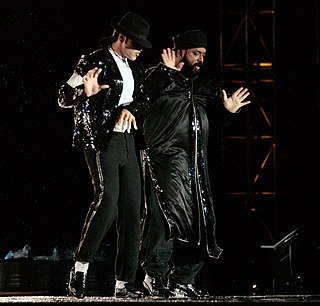 Signature are English dance duo Suleman Mirza and Madhu Singh. Their style of dance is British Bhangra and they frequently base their performances around Michael Jackson songs, such as "Billie Jean" and "Thriller". They gained wide recognition during their performances in the second series of Britain's Got Talent, in which they were runners-up to the winner street dancer George Sampson.

Labh Janjua was an Indian bhangra vocalist and songwriter, best known for his bhangra and hip hop songs, such as "Bair Bura Hunda Jatt da", "Jatt Di Nazar Buri", "Goli Jatt Ne Katcheri'ch Chaloni ", "Jatt Marda", "Soni De Nakhre Sone lagde" and "Mundian To Bach Ke", which was produced by Panjabi MC in 1998, and re-released in 2002. He has also sung many Bollywood songs, including "Jee Karda" from the 2008 film Singh Is Kinng and "London Thumakda" from the 2014 film Queen which was one of his most successful songs. 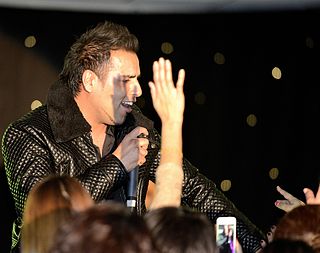 Nachna Onda Nei is a song by Scottish bhangra group Tigerstyle with Kaka Bhaniawala on lead vocals. It is a mash-up of "Billie Jean" by Michael Jackson and "Under Pressure" by Queen ft. David Bowie with new bhangra-style instruments and Punjabi vocals being sung over the top. The song also uses a sample of "Fantastic Voyage" by Coolio.

Kaka Bhaniawala ; born Santokh Singh Rataurh; was a Punjabi singer from a village in the state of Punjab, India called Doaba Bhaini, near Kohara on Chandigarh - Ludhiana road, represented within his name, meaning from Bhaini (Bhaniawala). The name 'Kaka' was a nickname presented to him by his mother which he then took upon to be signature name on the stage. His debut album with Music Pearls Recording Company Ludhiana is Mashooq Teri Challi.