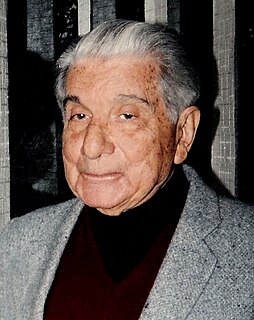 Augusto Roa Bastos was a Paraguayan novelist and short story writer. As a teenager he fought in the Chaco War between Paraguay and Bolivia, and he later worked as a journalist, screenwriter and professor. He is best known for his complex novel Yo el Supremo and for winning the Premio Miguel de Cervantes in 1989, Spanish literature's most prestigious prize. Yo el Supremo explores the dictations and inner thoughts of José Gaspar Rodríguez de Francia, the eccentric dictator of Paraguay who ruled with an iron fist, from 1814 until his death in 1840.

Rafael Bastos is a Brazilian footballer who plays as an attacking midfielder or a winger for Brazilian League club Jacuipense.

The Fort of Má Ferramenta, near the port of the civil parish of São Mateus da Calheta, municipality of Angra do Heroísmo, along the southern coast of the Portuguese island of Terceira, in the archipelago of the Azores. Located in a dominant position over this coastal stretch of coast that sheltered anchored ships, it was a fortification used as a defence against attacks from pirates and corsairs, that frequented the waters of the mid-Atlantic.

Fort of São João, also known as Fort of Biscoitinho, is a medieval fort, in the civil parish of São Mateus da Calheta, in the municipality of Angra do Heroísmo, on the Portuguese archipelago of the Azores.

The Fort of Cinco Ribeiras, also known as the Fort of Nossa Senhora do Pilar or Fort of São Bartolomeu, ruins of a 16th-century fortification located in the municipality of Angra do Heroísmo, along the southeast coast of Terceira, Portuguese archipelago of the Azores.

The Fort of the Caninas, is a medieval fort situated in the Portugueses civil parish of Porto Judeu, municipality of Angra do Heroísmo, in the archipelago Azores.

Fort of the Cavalas is a fort situated in the civil parish of São Sebastião in the municipality of Angra do Heroísmo, in the Portuguese archipelago of the Azores. 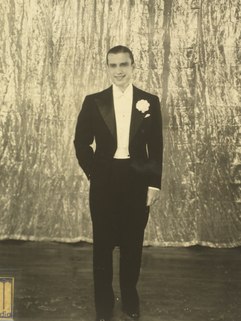 Mário da Silveira Meireles Reis, also known as Bacharel do Samba was a popular Brazilian samba singer, active between 1928 and 1971. He collaborated with artists such as Francisco Alves, Carmen Miranda, Aracy de Almeida and Noel Rosa and was particularly successful as a radio singer.

Bastos is a municipality in São Paulo, Brazil.

Sinais dos Tempos is the nineteenth album by Brazilian solo artist Zé Ramalho, the first released through his new and own record label, Avôhai Music, and also the first after four consecutive tribute albums.

The Fort of the Church São Mateus da Calheta, also referred to as the Forte da Igreja, are the coastal ruins of a 16th-century fort situated in the civil parish of São Mateus da Calheta, municipality of Angra do Heroísmo, on the Portuguese island of Terceira, in the archipelago of the Azores. It was destroyed, along with the church, in 1893 during a cyclone; while the church was eventually reconstructed some years later, the fort was abandoned and left to ruin.

Alberto Carlos Bastos Lopes is a Portuguese former footballer who played mainly as a central defender but also as a defensive midfielder, and is a manager.

José Manuel de Bastos was a Portuguese footballer who played as goalkeeper. He joined Benfica as a youth and became their youngest ever goalkeeper upon his first team debut in 1950. Bastos played in their 1950 Latin Cup victory over Bordeaux and became the last surviving player from that game. He remained at Benfica until 1961, occasionally losing his first team spot, during which time the team won three Primeira Divisão titles and five Taça de Portugal cups. Bastos afterwards spent short spells with Beira-Mar and Atlético Clube de Portugal. From 1978 to 1980 he was manager of G.D. Estoril Praia. 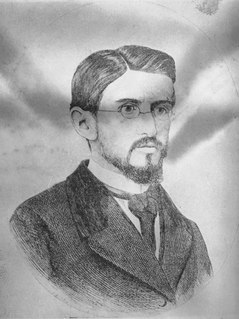 Ángel Bastos Teijeira is a Spanish footballer who plays as a right back.

Erlan Martins dos Santos, commonly known as Erlan Bastos, is a Brazilian journalist and television presenter. He became known for presenting the program Vida de Artista on TV Meio Norte, he is currently the anchor of the journalistic program Balanço Geral Ceará at Record and also presents the program "A Hora do Venenoso" on the same TV station.