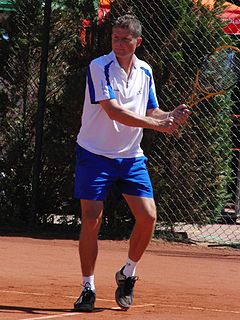 Jiří Novák is a former Czech tennis player, who was born in Zlín, Czechoslovakia but resides nowadays in Monte Carlo, Monaco. 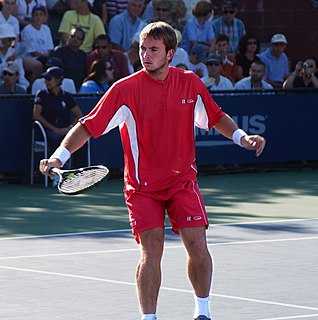 Ivo Minář is a former professional male tennis player from the Czech Republic. On July 20, 2009, Minář reached his career-high singles ranking of World No. 62. His brother Jan is also a professional player, who has been ranked in the top 200 in the world.

Tomáš Zíb, is a retired male tennis player from the Czech Republic. He reached a career-high singles ranking of World No. 51 in July 2005. Presently he is active conducting tennis lessons in Singapore.

Tomáš Šmíd is a former tennis player from Czechoslovakia, who won nine singles titles during his career. In doubles, he won fifty-four titles and was World No. 1 in doubles from December 17, 1984 to August 11, 1985. The right-hander reached his highest ATP singles ranking of World No. 11 in July 1984. Šmíd participated in 31 Davis Cup ties for Czechoslovakia from 1977–1989, posting a 20-10 record in doubles and a 22-15 record in singles.

Tomáš Cibulec is a retired Czech tennis player who turned professional in 1996. Cibulec reached his highest singles ranking on 3 August 1998, becoming world number 646. His career-high ranking of world number 21, he reached on 17 March 2003. A winner of three ATP doubles titles, Cibulec resides in Havířov, the city of his birth. Jindrich and Anna Cibulec are his parents. Before Cibulec became a professional, he became a tennis player at when he was seven.

Tomas Nydahl is a former professional tennis player from Sweden. He reached a career high singles ranking of World No. 72 in 1998. He managed to beat players such as Thomas Muster, Marcelo Ríos, Tim Henman, Tommy Haas, Petr Korda. He won 12 Challenger Tournaments and finished runner-up at 3 doubles Tour events. Nydahl achieved a career-high world best doubles ranking of World No. 103 in May 1989. 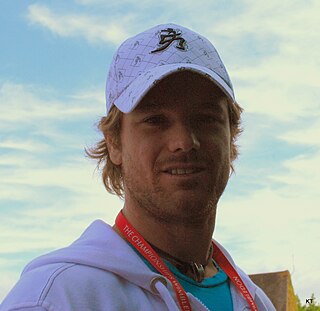 The 2009 Città di Caltanissetta was a professional tennis tournament played on outdoor red clay courts. It was part of the 2009 ATP Challenger Tour. It took place in Caltanissetta, Italy between 16 and 22 March 2009. 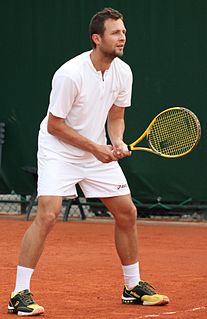 The 2009 Guzzini Challenger was a professional tennis tournament played on Hard courts. This was the sixth edition of the tournament which is part of the 2009 ATP Challenger Tour. It took place in Recanati, Italy between 20 July and 26 July 2009. In the singles competition, Horacio Zeballos chose to not defend his 2008 title. Stéphane Bohli defeated Andrey Golubev in the final 6–4, 7–6(4).

Players and pairs who neither have high enough rankings nor receive wild cards may participate in a qualifying tournament held one week before the annual Wimbledon Tennis Championships.

This article displays the qualifying draw for the Men's singles at the 2005 Australian Open tennis tournament. 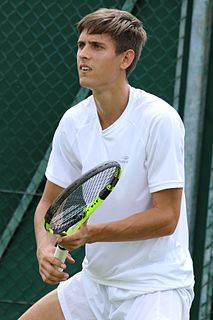 This article displays the qualifying draw for the Men's Singles at the 2005 French Open.

The 2019 Tilia Slovenia Open was a professional tennis tournament played on hard courts. It was the seventh edition of the tournament which was part of the 2019 ATP Challenger Tour. It took place in Portorož, Slovenia between 12 – 18 August 2019.