Tomassi may refer to

Clementina Teti-Tomassi is a Canadian politician. Currently a member of Montreal City Council, she represents the Marie-Clarac ward in the borough of Montréal-Nord. First elected in the 2009 municipal election, she previously served as the ward's borough councillor.

Malgosia Tomassi is a former Polish fashion model and actress. Tomassi presently works as an interior designer. She is the wife of actor Stacy Keach, whom she met on the set of Mickey Spillane's Mike Hammer. She has performed alongside her husband in various Mike Hammer-related television shows, including Mickey Spillane's Mike Hammer, The New Mike Hammer and, most recently, Mike Hammer, Private Eye as the yoga instructor Maya Ricci. Tomassi was born in Warsaw, Poland. In 2018, Malgosia was appointed Polish Cultural Ambassador by the Polish Cultural Foundation. 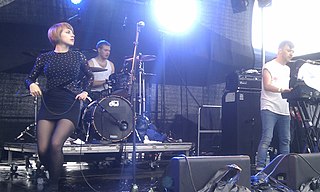 Rolo Tomassi are a British band from Sheffield, England. Their name is taken from a dialogue in the film L.A. Confidential. The band is known for their strong DIY ethic and chaotic style and performances. They are currently signed to Holy Roar and Ipecac Recordings.

Tomasi is both a surname and a given name. Notable people with the name include:

Tommasi is an Italian surname. Notable people with the surname include:

Craigroyston Football Club are a Scottish football club based in Edinburgh, who play their home matches at St Mark's Park in the Warriston area of the city. The team competes in the East of Scotland Football League, having moved from the junior leagues in 2018.

Tony Tomassi is a Quebec politician. He is the former Member of National Assembly of Quebec for the riding of LaFontaine in Montreal. He formerly represented the Quebec Liberal Party and was the Minister for Family, but was an independent until May 3, 2012, date of his resignation.

Rolo Tomassi EP is an Extended Play released by Rolo Tomassi in late 2006. The original five track EP was released by Holy Roar Records and featured some tracks which had appeared on previous demos and EPs. The Extended Play has since been re-released twice, both on Holy Roar Records. The second re-release featured slightly altered artwork whereas the third was released on 2 February featuring completely new artwork by Simon 'Cherub' Moody.

Hysterics is the debut album by Rolo Tomassi recorded in spring 2008 and released on 22 September 2008. The album is Rolo Tomassi's first release on Hassle Records and features all new tracks. The album received an exclusive first review from Thrash Hits, who awarded the album a maximum score. The band recorded a video for the song "I Love Turbulence" on 15 September.

Remixo Tomassi Volume 1 is a cassette tape by Rolo Tomassi released in 2007, just before their summer tour. The tape consists of one song; an experimental medley remix by Himei Koukotsu. The tapes in general are "OCR GCE Music" tapes with Side A left how it was originally, and Side B recorded over using the remix track.

The 4 Track Cassette is the second physical release by the band Rolo Tomassi. It was recorded at Ghost Town Studios in Leeds by Ross Halden at the end of June 2005. It was the band's first release through "Danger! Laser! Phaser! Razor!" and due to its limited availability it had sold out very soon after its release. In total there are 200 tapes and a variation of different styles of packaging. 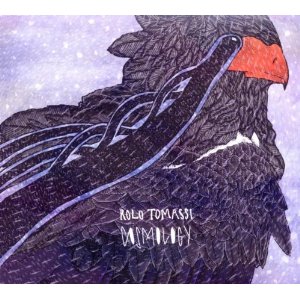 Cosmology is the second album by Rolo Tomassi, released on 24 May 2010. The album was planned to be released on 19 April, but was pushed back by the record label, Hassle. The band had begun recording demos for the record in the first week of October 2009 and wasted no time in recording the tracks professionally in Los Angeles during the second and third weeks of the same month. The album was produced by Diplo. 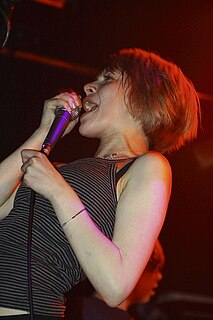 Rolo Tomassi is a British mathcore band. This is the complete discography.

Eternal Youth is the first compilation album by the British mathcore band Rolo Tomassi. The first of these two CDs showcases their material from split extended plays and EPs, while the second disc is composed of early demos, remixes and acoustic tracks. The album was released on Destination Moon records, Rolo Tomassi's own record label. A triple vinyl version of the album was released on 16 April 2011 for Record Store Day through Holy Roar Records. The vinyl pressing was limited to 1,000 copies; 600 on black 200 on tri-colour and 200 on grey/green.

Hassle Records is an independent record label that was created by Chris Baker in 2005.

Astraea is the third studio album by British mathcore band Rolo Tomassi. It was released on 5 November 2012 in the United Kingdom through Destination Moon, the band's own record label. In interviews, the band described the composition of the album as being much more accessible and direct than their previous albums, while retaining the technical and experimental elements of their typical sound. The album was produced by Jason Sanderson, the producer of Rolo Tomassi's first album Hysterics. This is the band's first release with Chris Cayford and Nathan Fairweather in their line-up after the departure of Joseph Thorpe and Joe Nicholson.

Marc Tanguay is a Canadian politician and a member of the National Assembly of Quebec for the LaFontaine electoral district.

Espejismo is a Mexican telenovela produced by Fernando Chacón for Televisa in 1981. It starred by Fanny Cano, Carlos Piñar, Enrique Rocha, Charito Granados and Carmen Molina.

Grievances is the fourth studio album by English experimental band Rolo Tomassi. The album was released on June 1, 2015 through Holy Roar Records and Ipecac Recordings. 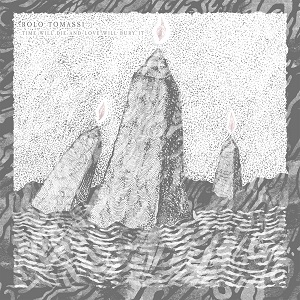 Time Will Die and Love Will Bury It is the fifth studio album by English experimental rock band Rolo Tomassi, released on 2 March 2018 by Holy Roar Records.