Cor!!, a British comic book Was launched in June 1970 by IPC, their sixth new comic in just over a year. Cor!! was edited by Bob Paynter.

Buster was a British comic which carried a mixture of humour and adventure strips, although the former increasingly replaced the latter. It was originally published by IPC Magazines Ltd; but in consequence of the sale of that company's comics division, Fleetway, in the 1980s, Buster passed into the ownership of Egmont UK Ltd, who thereafter published it under the Fleetway imprint. There were a few missing months and weeks worth of issues due to strikes. There were 1,902 issues in total.

The comic strip was about a girl who looked and acted like a boy, hence the name. The plots mainly centred on typical problems which young boys would possibly find themselves in, only the twist was that it centred on a girl and not a boy.

The Beano is the longest running British children's comic magazine, published by DC Thomson. The comic first appeared on 30 July 1938, and was published weekly. In September 2009, The Beano's 3,500th issue was published. One of the best selling comics in British popular culture, along with The Dandy, the weekly circulation of The Beano in April 1950 was 1,974,072. The Beano is currently edited by John Anderson. Each issue is published on a Wednesday, with the issue date being that of the following Saturday. The Beano will strike 4000 issues in the summer of 2019.

Nutty was a British comic that ran for 292 issues from 16 February 1980 to 14 September 1985, when it merged with The Dandy. Published by D. C. Thomson & Co. Ltd, Nutty was an attempt to create a more lively and chaotic comic compared to many on sale at the time. Its strips included: 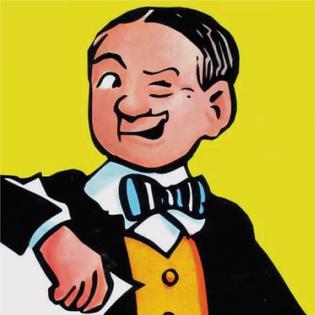 Lord Snooty is a fictional character in a comic strip in the UK comic The Beano, first appearing in issue 1, dated 30 July 1938, and was the longest running strip in the comic until Dennis the Menace and Gnasher overtook it. The central character was Lord Marmaduke of Bunkerton, known to his friends as Snooty, a very ordinary boy who just happens to be an Earl. 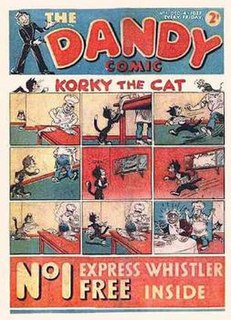 The Dandy was a British children's comic published by the Dundee based publisher DC Thomson. The first issue was printed in December 1937, making it the world's third-longest running comic, after Il Giornalino and Detective Comics. From August 2007 until October 2010, it was rebranded as Dandy Xtreme.

Tricky Dicky was a British comic strip which debuted in the magazine Topper in 1977 and was drawn by John Dallas. From 1979 to 1986 he was the cover star of the comic, succeeding Danny's Tranny and preceding Beryl the Peril. 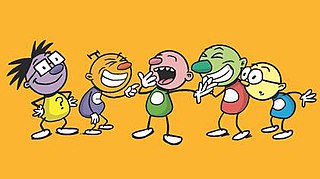 The Numskulls is a comic strip in The Beano, and previously in The Beezer and The Dandy – UK comics owned by D.C Thomson. The strip is about a team of tiny human-like technicians who live inside the heads of various people, running and maintaining their bodies and minds. It first appeared in The Beezer from 1962 until 1979, drawn by Malcolm Judge.

Little Lulu is a comic strip created in 1935 by Marjorie Henderson Buell. The character, Lulu Moppet, debuted in The Saturday Evening Post on February 23, 1935, in a single panel, appearing as a flower girl at a wedding and mischievously strewing the aisle with banana peels. Little Lulu replaced Carl Anderson's Henry, which had been picked up for distribution by King Features Syndicate. The Little Lulu panel continued to run weekly in The Saturday Evening Post until December 30, 1944.

Crazy for Daisy was a British comic strip published in the magazine The Beano. It was created and drawn by Nick Brennan and made its debut in issue 2865, dated 14 June 1997. It was part of an ongoing selection of six comic strips that were to be voted into the comic by readers. This strip was the winner, beating Camp Cosmos, Have a Go Jo, Sydd and Trash Can Ally.

Fishboy: Denizen of the Deep was a black and white comic strip appearing in the British comic book Buster between 1968 and 1975, written by Scott Goodall and drawn by John Stokes and others. As with most UK comic strips, neither the writer nor artists were credited.

Wow! is a British comic book magazine running from 5 June 1982 to 25 June 1983, when it merged with Whoopee!. Its strips included:

Deadline was a British comics magazine published between 1988 and 1995.

Franklin Fibbs is an American comic strip written by Hollis Brown and illustrated by Wes Hargis. Distributed by King Features Syndicate, it began September 6, 2004, and ran for two years.

Wee Pals is an American syndicated comic strip about a diverse group of children, created and produced by Morrie Turner. It was the first comic strip syndicated in the United States to have a cast of diverse ethnicity, dubbed the "Rainbow Gang".

Bobby's Ghoul was a comic strip originally appearing in the British comic Whizzer and Chips, and later Buster after the two comics merged. 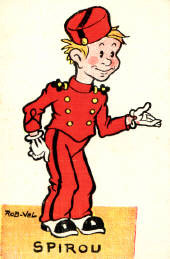 Smudge was a British comic strip published in the comics magazine The Beano from April 19, 1980 until about 1999. He appeared regularly from 1980 to 1986, while continuing to make sporadic appearances into the 1990s, with his final appearance in the comics magazine coming in 1999. However, he was only seen twice after 1994. The series was drawn by John Geering.

Tom Kerr is a British comic strip artist whose work has appeared in comics such as Look-in, the Eagle, Valiant, and TV21. He has also drawn for many annuals of the 1960s and 1970s including the Monkees Annuals, Look-In annuals etc.

The Roy of the Rovers comic was launched as a weekly on 25 September 1976, named after the established comic strip of the same name that first appeared as weekly feature in the Tiger on 11 September 1954. The title ran for 853 issues, until 20 March 1993, and included other football strips and features. In February 1989, the comic merged with the similarly themed Hot Shot, and was known for a brief time as Roy of the Rovers and Hot Shot, but reverted to its original title shortly afterwards.