Tommy McClendon, also known by his stage name, Atomik Tommy M, is an Japanese born American musician, best known for his work with UFO from 1984-1988. [1]

McClendon was born in Yokohama, Japan, and moved to Stockton, California when he was 10. A multi-instrumentalist, he began learning violin at the age of 5, piano at 10, and guitar at 13. [2] McClendon's first band was formed when he was 15 with his brother, Dan. He graduated from Stockton's Lincoln High School in 1972. [3] McClendon performed in multiple different bands before becoming a member of UFO. The members of the group were Deep Water, Thunderwing, and Boy Wonder, the latter of which inspired his "Atomik Tommy M" stage name. [4] His early musical influences include The Beatles, The Lovin' Spoonful, Mance Lipscomb, and Paul Butterfield. [5] [6]

Before McClendon joined UFO, the band disbanded after its unsuccessful tour supporting Making Contact . Phil Mogg spent time in Los Angeles, where he contacted, through Mike Varney, McClendon, asking him to be in a new band. This new band later ended up staying as UFO, and they released Misdemeanor in 1985. They also released Ain't Misbehavin' in 1988 with McClendon.

McClendon was the guitarist for ex-Tesla bassist Brian Wheat's band Soulmotor, appearing on their first three releases. [7] More recently, he was in the group When We Become Kings, which broke up in 2017. [8] McClendon gives guitar lessons at The Music Box in Lodi, California. [9] 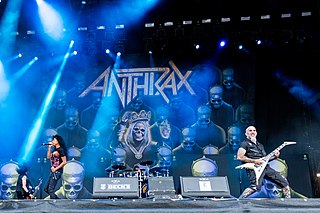 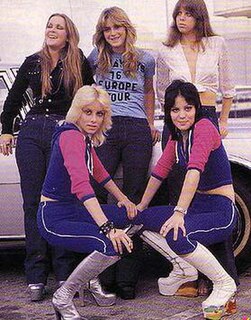 The Runaways were an all-female teenage American rock band that recorded and performed in the second half of the 1970s. The band released four studio albums and one live set during its run. Among their best-known songs are "Cherry Bomb", "Hollywood", "Queens of Noise" and a cover version of the Velvet Underground's "Rock & Roll". Never a major success in the United States, the Runaways became a sensation overseas, especially in Japan, thanks to the hit single "Cherry Bomb".

Ain't Misbehavin' is an EP by the British hard rock band UFO, recorded in 1987 after the band's USA tour, and released early in 1988.

Chi Ling Dai Cheng was an American musician and poet, best known as the bassist and backing vocalist for the American alternative metal band Deftones. His career ended in 2008, when he was involved in a serious automobile crash in Monterey, California. After the crash, he remained in a semi-comatose state before dying of cardiac arrest in April 2013. After Cheng's hospitalization, Deftones friend Sergio Vega became the band's full-time bassist, having previously filled in for Cheng since. 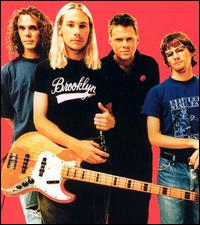 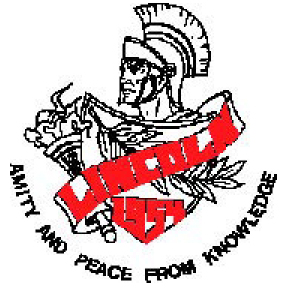 Misdemeanor is the twelfth studio album by the British hard rock band UFO. After the disastrous tour supporting Making Contact, UFO disbanded, with Phil Mogg spending time in Los Angeles, where he contacted guitarist Atomik Tommy M. Mogg decided to start a new band, involving the new American guitarist and Paul Gray, who had played bass guitar in the last UFO tour. The three of them recruited former UFO keyboard player Paul Raymond and drummer Robbie France and started writing new material. Chrysalis Records signed the new band as UFO and assigned experienced producer Nick Tauber for the recording process of a new album. France resigned before the recording started and was replaced by former Magnum drummer Jim Simpson. Paul Raymond quit the band during their US tour in August 1986 and was replaced for the rest of the tour by David Jacobson. 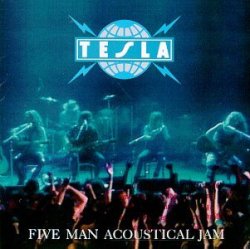 Five Man Acoustical Jam is a live album released in 1990 by the band Tesla, using acoustic guitars instead of the electric guitars for which hard rock/heavy metal bands such as Tesla are traditionally known. The biggest hit from the album was the song "Signs", a cover version originally from the band Five Man Electrical Band, who also had a hit with the song. Other songs included "Love Song" and "The Way It Is" and covers of The Rolling Stones' "Mother's Little Helper", Creedence Clearwater Revival's "Lodi", and The Beatles' "We Can Work It Out". It was recorded live in Philadelphia, Pennsylvania, at the Trocadero Theatre during a short run of acoustic shows organised to fill downtime while supporting Mötley Crüe on a leg of their Dr. Feelgood tour.

Theofilos Xenidis, better known as Phil X, is a Canadian musician and songwriter. Since 2011, he has played lead guitar with Bon Jovi and officially replaced former lead guitarist Richie Sambora in 2016. 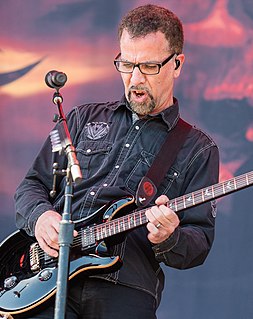 Tony Rombola is an American musician who has been the lead guitarist and backing vocalist for the Boston-based rock band Godsmack since the mid-1990s. Rombola has been cited as "an extraodinaire" in the guitar world by Guitar World magazine, and is cited to be the only guitarist to keep an "original soloing style" during the nu metal period, earning him the respect of the guitar industry. Rombola is also a guitarist for the side-project band Another Animal, formed at the beginning of 2007. The band released their self-titled debut album in October 2007 and played shows, whilst frontman Sully Erna did a small solo tour.

Paul William Chapman was a Welsh rock guitarist best known for his work in bands such as UFO and Lone Star. Chapman was well known by his nickname "Tonka", allegedly acquired because of his indestructible qualities. 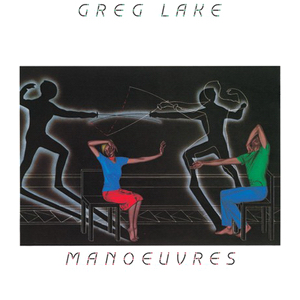 Manoeuvres is the second and final solo studio album by English musician Greg Lake with his 1981 to 1983 Greg Lake Band, released in July 1983 by Chrysalis Records. Like his debut solo album, Greg Lake (1981), Manoeuvres was created in close collaboration with Northern Irish guitarist and singer-songwriter Gary Moore. It includes a song "Haunted" written with friend and bassist Tris Margetts and rock cartoonist-artist Tony Benyon.