Tommy Schleh (born December 10, 1964 in Neckarbischofsheim), known under his stage name as DJ Klubbingman, is a Eurodance DJ and member of the band Masterboy.

Neckarbischofsheim is a town in the district of Rhein-Neckar-Kreis, in Baden-Württemberg, Germany. It is situated 8 km northeast of Sinsheim, and 24 km southeast of Heidelberg.

Masterboy is a German musical group best known in Europe for the songs "Feel the Heat of the Night," "Anybody", "I Got to Give It Up", "Generation of Love", "Everybody Needs Somebody" and "Is This the Love."

In 1989, he and Enrico Zabler started working on dance sounds. Their Eurodance group Masterboy was highly popular during the 1990s.

Dance is a performing art form consisting of purposefully selected sequences of human movement. This movement has aesthetic and symbolic value, and is acknowledged as dance by performers and observers within a particular culture. Dance can be categorized and described by its choreography, by its repertoire of movements, or by its historical period or place of origin.

In 1999, his solo single "Welcome to the Club" was a success, along with "Living on a Better World".

Since the age of 17, he has been working as a DJ. Today he owns the dance club Kinki Palace in Sinsheim in southwest Germany, where he still occasionally produces techno sounds himself. 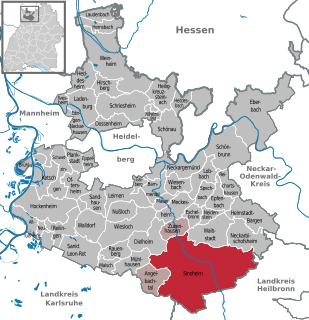 Sinsheim is a town in south-western Germany, in the Rhine Neckar Area of the state Baden-Württemberg about 22 kilometres (14 mi) south-east of Heidelberg and about 28 kilometres (17 mi) north-west of Heilbronn in the district Rhein-Neckar.

As of 2009, his productions are broadcast weekly on the radio station Sunshine Live (every Tuesday from 8 to 12 pm).

"Love Message" is a song created by Scooter, Masterboy, E-Rotic, Mr. President, Fun Factory, Worlds Apart and U96 in 1996 as a message about preventing the spread of AIDS. It was released as a 12" single on Polydor's Club Zone label.

Trixi Delgado was one of Masterboy's female vocalists.

Antoine Clamaran is a French house music artist and music remixer. Clamaran was born in Villeurbanne. In the early 90's, his local fame interested Maximum FM, the leading parisian dance radio station at that time. Impressed by his mixing gift, Clamaran gained a huge audience and started to be booked for one off parties. But Palace headquarters asked him to run the mythical Gay Tea Dance every Sunday, instead of French icon Laurent Garnier.

Tommie Sunshine is a record producer, remixer, DJ and songwriter of electronic music from Chicago currently living in Brooklyn, New York. He is known for creating dance remixes to popular rock and alternative songs.

"Feel the Heat of the Night" is a 1994 song recorded by German musical group Masterboy. It was one of the singles from its album Different Dreams and band's fifth charted single. It achieved success in many countries, particularly in France where it was a number two hit and stayed on the top 50 for 26 consecutive weeks, and in the band's country-home, Germany, where it was for four weeks in the top ten.

Andrey Leonidovich Shirman, better known by his stage name DJ Smash, is a Russian DJ in house music and electronic music, and also a music producer.

Sawa Kouchi , stylized as SAWA, is a Japanese singer-songwriter and DJ. In 2009, she signed onto Sony Music Entertainment Japan and joined its sublabel, Epic Records. In 2012 she switched to Bellwood Records and released her 6th mini-album, ソプラノレイン. 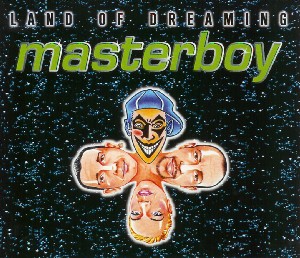 "Land of Dreaming" is a song recorded by German band Masterboy. It was the third single from the album Generation of Love and was released in early 1996. Vocals are performed by Trixi. Several remixes were produced for the various formats, two of them were mixed by Italian Eurodance act Cappella. The song hit some success, but was unable to duplicate the same performances than Masterboy's previous hit singles. It reached its highest peak position in Germany where it was number 12 and charted for 17 weeks. It was also a top 20 hit in Switzerland, Finland and the Netherlands. It was ranked for ten weeks in the French top 50 Singles Chart and reached number 22. 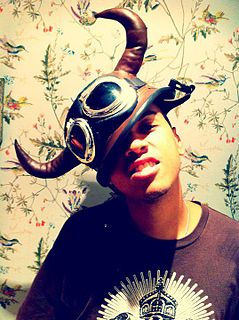 Carlprit is a German-Zimbabwean rapper, actor, songwriter and music manager. He has performed and written for acts such as Cascada, Alexandra Stan and Laurent Wolf. He is best known for his song "Fiesta" as well as his appearance in Cascada's 2009 hit single "Evacuate the Dancefloor". The title sold over three million copies worldwide and reached the top 20 on Billboard charts, making Carlprit the first person of Zimbabwean origin to have a song on the top U.S. Billboard charts.

Shakedown is a Swiss musical project, known internationally for its 2002 hit single, "At Night". By the time they started the group in 1999, Stephan Mandrax and Sebastien Kohler were two brothers who blended their knowledge to form their genre, a modified disco infused house crossed with electro.

Tillmann Uhrmacher was a German DJ, producer, and radio host in the field of Electronic dance music.

Darin McFayden, better known by his stage name FreQ Nasty, is a DJ and producer of breakbeat electronic music based in Los Angeles, California. Originally from New Zealand, McFadyen's artistic career has taken him across the world, first as a resident in London's Fabric Nightclub to multiple tours in Europe and Australia. He currently resides in the United States, where he has become a fixture amongst North American art and music festivals, most notably Burning Man.

Michael Kull, better known as Mike Candys, is a Swiss music producer and dance DJ. He is managed by Mevlan D. 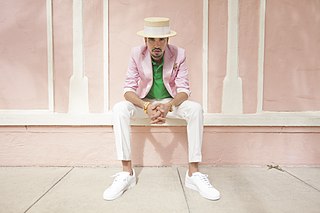