The newly elected party chairman Håkan Juholt on 29 March 2011 appointed Waidelich as the party's spokesperson on economic politics, succeeding Thomas Östros in that role. [1] He was succeeded by Magdalena Andersson in February 2012.

The Sweden Democrats or Swedish Democrats are a nationalist and right-wing populist political party in Sweden founded in 1988. The party describes itself as social conservative with a nationalist foundation. The party has been variously characterised by academics, political commentators and the media as national-conservative, anti-immigration, eurosceptic or far-right. Jimmie Åkesson has been party leader since 2005. 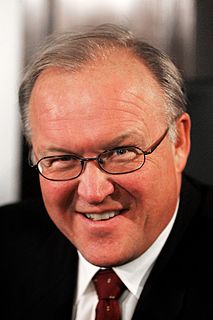 The Moderate Party is a liberal-conservative political party in Sweden. The party generally supports tax cuts, the free market, civil liberties and economic liberalism. Internationally, it is a full member of the International Democrat Union and the European People's Party. 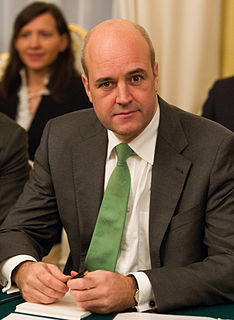 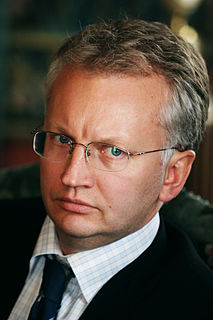 Pär Anders Nuder is a Swedish Social Democratic politician. He served as Minister for Finance from 2004 to 2006, Minister for Policy Coordination and State Secretary and Chief of Staff to Prime Minister Göran Persson 1997-2002. 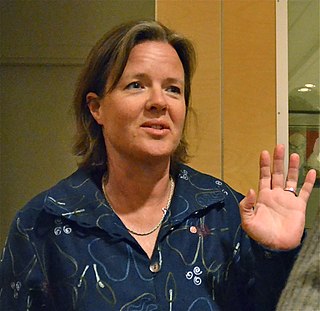 Carin Jämtin is a Swedish civil servant and former politician. She is the Director General of the Swedish International Development Agency since 2017. She served as party secretary of the Social Democrats from March 2011 until her resignation in August 2016 and previously served as Minister for International Development Cooperation in the Swedish Government between 2003 and 2006. She was a Member of the Riksdag from 2014 to 2017, representing Stockholm Municipality.

Thomas Östros is a Swedish economist, former Social Democratic politician and CEO of the Swedish Bankers' Association. In 2015 he was named Executive Director for Northern Europe at the International Monetary Fund. 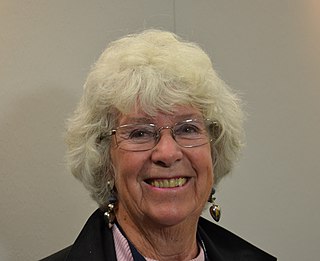 Eva Birgitta Ohlsson Klamberg is a Swedish politician who was Minister for European Union Affairs in the Swedish government from 2010 to 2014. She is a member of the Liberals, formerly the Liberal People's Party. 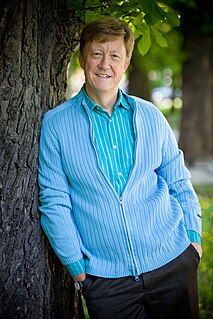 Hemming Andreas Carlgren is a Swedish Centre Party politician, and a former Minister for the Environment in the Swedish government. 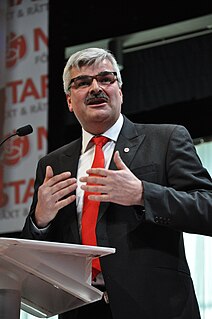 Håkan Juholt is a Swedish politician who was Leader of the Social Democrats from 2011 to 2012. He was member of the Swedish parliament from 1994 to 2016, representing Kalmar län. Juholt served as Sweden's Ambassador to the Republic of Iceland from September 2017 to August 2020, and has served as Ambassador to the Republic of South Africa since September 2020. 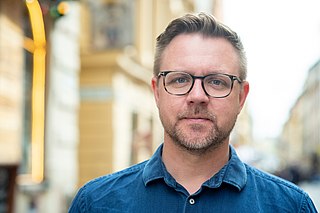 Lars Christian Engström is a Swedish computer programmer, activist and politician. He is deputy chairman of the Swedish Pirate Party. Engström was elected a Member of the European Parliament (MEP) in the 2009 election.

Sven-Erik Österberg is a Swedish official and former social-democratic politician. He is Governor of Stockholm County since 1 February 2018 and previously served as Governor of Norrbotten County from 1 October 2012 to 31 January 2018. Österberg was Minister for Financial Markets from 2004 to 2006.

Karin Sonja Charlotta Karlsbro is a Swedish politician of the Liberals.