A politician is a person active in party politics, or a person holding or seeking an elected office in government. Politicians propose, support, reject and create laws that govern the land and by extension its people. Broadly speaking, a politician can be anyone who seeks to achieve political power in a government.

Politicians are known for their rhetoric, as in speeches or campaign advertisements. They are especially known for using common themes that allow them to develop their political positions in terms familiar to the voters[ inconsistent ]. [5] Politicians of necessity become expert users of the media. [6] Politicians in the 19th century made heavy use of newspapers, magazines, and pamphlets, as well as posters. [7] In the 20th century, they branched into radio and television, making television commercials the single most expensive part of an election campaign. [8] In the 21st century, they have become increasingly involved with the social media based on the Internet and smartphones. [9]

Once elected, the politician has to deal with government officers and government employees working for them. Historically, there has been a subtle conflict between the long-term goals of each side. [11] In patronage-based systems, such as the United States in the 19th century, winning politicians replace the government officers and government employees not protected under the government services rules with their supporters. It was the "spoils system". Government job reform[ clarification needed ] was initiated to eliminate the corruption of government jobs. [12] However, in many less developed countries, the spoils system remained in full-scale operation as of 1982. [13]

The personal histories of politicians have been frequently studied, as it is presumed that their experiences and characteristics shape their beliefs and behaviors. There are four pathways by which a politician's biography could influence their leadership style and abilities. The first is that biography may influence one's core beliefs, which are used to shape a worldview. The second is that politicians' skills and competence are influenced by personal experience. The areas of skill and competence can define where they devote resources and attention as a leader. The third pathway is that biographical attributes may define and shape political incentives. A leader's previous profession, for example, could be viewed as of higher importance, causing a disproportionate investment of leadership resources to ensure the growth and health of that profession, including former colleagues. Other examples besides profession include the politician's innate characteristics, such as race or gender. The fourth pathway is how a politician's biography affects their public perception, which can, in turn, affect their leadership style. Female politicians, for example, may use different strategies to attract the same level of respect given to male politicians. [15]

Many politicians have the knack to remember thousands of names and faces. United States Presidents George W. Bush and Bill Clinton were renowned for their memories. [19] [20]

Many critics attack politicians for being out of touch with the public. Areas of friction include how politicians speak, which has been described as being overly formal and filled with many euphemistic and metaphorical expressions and commonly perceived as an attempt to "obscure, mislead, and confuse". [21]

In the popular image, politicians are thought of as clueless, selfish, manipulative, dishonest, incompetent and corrupt, taking money in exchange for goods or services, rather than working for the general public good. [22] Politicians in many countries are regarded as the "most hated professionals". [22] 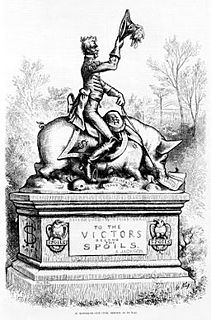 In politics and government, a spoils system is a practice in which a political party, after winning an election, gives government jobs to its supporters, friends (cronyism), and relatives (nepotism) as a reward for working toward victory, and as an incentive to keep working for the party—as opposed to a merit system, where offices are awarded on the basis of some measure of merit, independent of political activity. 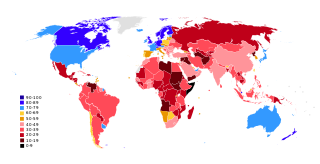 Political corruption is the use of powers by government officials or their network contacts for illegitimate private gain.

Accountability, in terms of ethics and governance, is equated with answerability, blameworthiness, liability, and the expectation of account-giving. As in an aspect of governance, it has been central to discussions related to problems in the public sector, nonprofit and private (corporate) and individual contexts. In leadership roles, accountability is the acknowledgment and assumption of responsibility for actions, products, decisions, and policies including the administration, governance, and implementation within the scope of the role or employment position and encompassing the obligation to report, explain and be answerable for resulting consequences.

Populism refers to a range of political stances that emphasize the idea of "the people" and often juxtapose this group against "the elite". It is frequently associated with anti-establishment and anti-political sentiment. The term developed in the late 19th century and has been applied to various politicians, parties and movements since that time, often as a pejorative. Within political science and other social sciences, several different definitions of populism have been employed, with some scholars proposing that the term be rejected altogether. 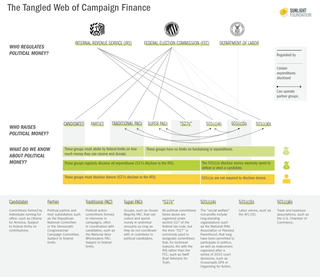 Cronyism is the practice of partiality in awarding jobs and other advantages to friends or trusted colleagues, especially in politics and between politicians and supportive organizations. For example, cronyism occurs when appointing "cronies" to positions of authority regardless of their qualifications. This is in contrast to a meritocracy, in which appointments are made based on merit. 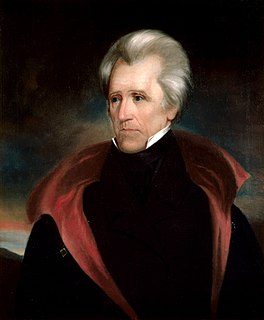 Jacksonian democracy was a 19th-century political philosophy in the United States that expanded suffrage to most white men over the age of 21, and restructured a number of federal institutions. Originating with the seventh U.S. president, Andrew Jackson and his supporters, it became the nation's dominant political worldview for a generation. The term itself was in active use by the 1830s. 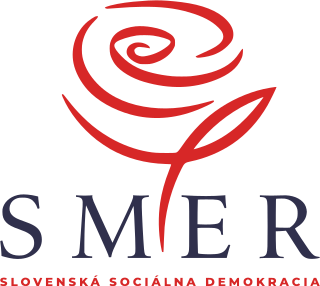 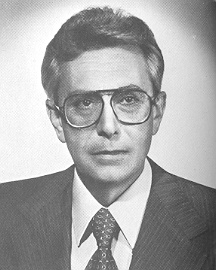 The values, ideals and concept of Republicanism have been discussed and celebrated throughout the history of the United States. As the United States has no formal hereditary ruling class, Republicanism in this context does not refer to a political movement to abolish such a class, as it does in countries such as the UK, Australia, and Netherlands. Instead, it refers to the core values that citizenry in a republic have, or ought to have.

Kathleen Hall Jamieson is an American professor of communication and the director of the Annenberg Public Policy Center at the University of Pennsylvania. She co-founded FactCheck.org, and she is an author, most recently of Cyberwar, about how Russia very likely helped Donald J. Trump become the U.S. President in 2016.

Progressivism in the United States is a political philosophy and reform movement that reached its height early in the 20th century. Middle class and reformist in nature, it arose as a response to the vast changes brought by modernization such as the growth of large corporations, pollution and corruption in American politics. 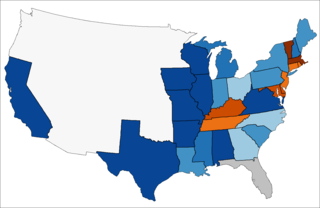 Historians and political scientists use Second Party System to periodize the political party system operating in the United States from about 1828 to 1852, after the First Party System ended. The system was characterized by rapidly rising levels of voter interest, beginning in 1828, as demonstrated by Election Day turnouts, rallies, partisan newspapers, and high degrees of personal loyalty to parties.

These are the references for further information regarding the history of the Republican Party in the U.S. since 1854.

Preselection is the process by which a candidate is selected, usually by a political party, to contest an election for political office. It is also referred to as candidate selection. It is a fundamental function of political parties. The preselection process may involve the party's executive or leader selecting a candidate or by some contested process. In countries that adopt Westminster-style responsible government, preselection is also the first step on the path to a position in the executive. The selected candidate is commonly referred to as the party's endorsed candidate.

Criticism of democracy has been a key part of democracy and its functions. As Josiah Ober explains, "the legitimate role of critics" of democracy may be difficult to define, but one "approach is to divide critics into 'good internal' critics and 'bad external' critics who reject the values embraced and nurtured by constitutional democracy."

The New Politics Party, was a political party in Thailand founded on 2 June 2009. The NPP was the political party of the People's Alliance for Democracy, with which it shared the same principles and ideas. Ahead of the 2011 general election, the party broke with the PAD movement, and renamed to Thai Social Democratic Party two years later.

Political Party Funding(PPF) is a method used by a political party to raise money for campaigns and routine activities. The funding of political parties is an aspect of campaign finance.

Chinese scholars, thinkers, and policy-makers have debated about democracy, an idea which was first imported by Western colonial powers but which some argue also has connections to classic Chinese thinking. Starting in the mid-eighteenth century, many Chinese argued about how to deal with the ever-encroaching Western culture. Though Chinese Confucians were initially opposed to Western modes of thinking, it became clear that aspects of the West were appealing. Industrialization gave the West an economic and military advantage. The devastating defeats of the First and Second Opium Wars compelled a segment of Chinese politicians and intellectuals to rethink their notion of cultural and political superiority. Democracy entered the Chinese consciousness because it was the form of government used in the West, potentially responsible for its industrial, economic and military advancements. A segment of Chinese scholars and politicians became persuaded that democratization and industrialization were imperative for a competitive China. In response, a number of scholars resisted the idea, saying democracy and Westernization had no place in traditional Chinese culture. Liang Shuming's opinion was most popular, holding that democracy and traditional Chinese society were completely incompatible, hence China's only choice was either wholesale Westernization or complete rejection of the West. The debate centered on the philosophical compatibility of traditional Chinese Confucian beliefs and the technologies of the West.