Tommy Walker is an American worship leader, composer of contemporary worship music, recording artist and author. Since 1990, he has been the worship leader at Christian Assembly, [1] a church affiliated with the International Church of the Foursquare Gospel in Los Angeles, California. Some of Walker's most well-known songs are "Only A God Like You," "No Greater Love," "Mourning Into Dancing," "He Knows My Name," and "That's Why We Praise Him."

In addition to his responsibilities as a church leader, he has taken the "CA Worship Band" on numerous overseas trips, including several trips to Southeast Asia and the Philippines. [2] He has worked alongside Franklin Graham, Greg Laurie, Jack Hayford, Bill Hybels, Rick Warren [2] and at Promise Keepers events.

In 2000, Walker released his album Never Gonna Stop, which earned a larger reception than his previous albums, peaking at number one hundred and fifty three on the Billboard Top 200 chart. [3] In 2004, Walker released his album, Make it Glorious, which was recorded live at Regent University with a 50-member choir. [4] A choral collection of some of Walker's best-known songs entitled That's Why We Praise Him: Celebrating the Songs of Tommy Walker (arranged and orchestrated by Bradley Knight) was also released in 2004. This was followed by a second choral collection of songs by Walker, Great and Marvelous: Celebrating the Songs of Tommy Walker Volume 2, in 2005, which earned Walker a Dove Award nomination. [2] On March 18, 2008, following eight live recordings and many years as a worship leader, Tommy Walker released his first studio recording, I Have A Hope. [2] The album was produced by producer Ed Cash and labeled by Maranatha! Music. In support of his national studio debut, Walker made appearances at the National Christian Musicians Summit, Liberty University and the National Worship Leadership Conference, run by Worship Leader Magazine. [2] In an interview, Walker said that he had been offered deals by record labels and publishers when his songs were first being recorded, but he had declined the offers because he had grown up with a negative perception on the music industry. [5] In 2012, Shepherd University (Cornel School of Contemporary Music) awarded Tommy Walker with an “Honorary Doctorate in Music Arts”.

A trained guitarist, Tommy is "Supported by Taylor Guitars". [7]

Tommy Walker is the son of Fred and Eileen Walker, who were once the pastors of an independent charismatic church. Walker's sister, Janey Stewart, and her husband, Sam Stewart, are the founders and overseers of Charlie's Lunch, a worldwide faith based relief organization. [8] One of Walker’s brothers, Dale Walker is the founder and director of Heart of the World, an interdenominational, worldwide ministry, that operates Borderland Kids program, which is a program that provides food to needy children in the United States. [9] Hilary (Walker) Overton, a niece of Tommy Walker, and her husband David, administrate Glory Reborn, a midwifery clinic in the Philippines. [9] [10] Tommy Walker is married to Robin Walker, and together, the couple has four children, Jake, Levi, Emmie and Eileen. [11]

Contemporary worship music (CWM), also known as praise and worship music, is a defined genre of Christian music used in contemporary worship. It has developed over the past 60 years and is stylistically similar to pop music. The songs are frequently referred to as "praise songs" or "worship songs" and are typically led by a "worship band" or "praise team", with either a guitarist or pianist leading. It has become a common genre of music sung in many churches, particularly in charismatic or non-denominational Protestant churches with some Roman Catholic congregations incorporating it into their mass as well.

Darlene Joyce Zschech is an Australian Pentecostal Christian worship leader and singer-songwriter who primarily writes praise and worship songs. Described as a pioneer of the modern worship movement, she is the former worship pastor of Hillsong Church and currently a member of Compassionart, a charity founded by Martin Smith. 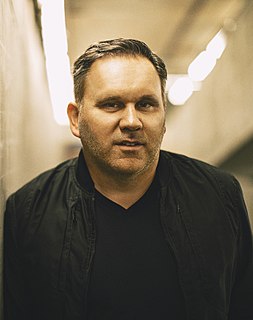 Matthew James Redman is an English Christian worship leader, singer-songwriter and author. Redman has released 16 albums, written 8 books, and helped start three church-plants. He is best known for his two-time Grammy Award-winning single, "10,000 Reasons ". Co-written with Jonas Myrin, the single reached No. 1 on the US Billboard Christian Songs chart in 2012. 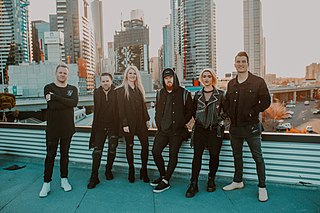 Planetshakers is the contemporary worship music band, a central part of Planetshakers Church in Melbourne, Australia.

Jack Williams Hayford is an American author, Pentecostal minister, and Chancellor Emeritus of The King's University. He is a former senior pastor of The Church On The Way in Van Nuys, California and was the fourth President of the International Church of the Foursquare Gospel. He is widely known for his past involvement in the Promise Keepers movement and for being a prolific author and songwriter, with over 600 hymns and choruses in his catalog. He is the author of the popular 1978 hymn "Majesty", which is rated as one of the top 100 contemporary hymns and performed and sung in churches worldwide. 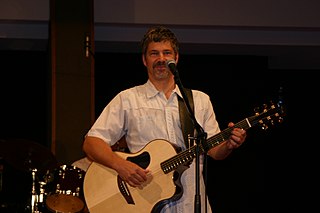 Paul Joseph Baloche is an American Christian music artist, worship leader, and singer-songwriter. A native of Maple Shade Township, New Jersey, Baloche was the worship pastor at Community Christian Fellowship in Lindale, Texas for 26 years. He and his wife, Rita left Texas in January 2015, moving to New York City to be nearer family. Baloche composes on piano and acoustic guitar, favoring guitar when leading worship. His wife, Rita Baloche, is also a Christian songwriter. Baloche is one of the writers for Compassionart, a charity founded by Martin Smith from Delirious?. 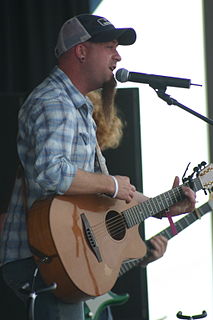 Charles Eugene Hall III is a contemporary worship music leader and songwriter from Oklahoma City, Oklahoma. He is a member of a group of musicians and speakers that collectively form the Passion movement.

Remedy is the fourth full-length studio album and seventh overall by David Crowder Band, released on September 25, 2007 through sixstepsrecords. A limited edition of the album including a bonus DVD of live performances was released on April 29, 2008.

Bart Marshall Millard is an American singer and songwriter who is best known as the leader of the band MercyMe. He has also released two solo albums: Hymned, No. 1 in 2005 and Hymned Again in 2008. He received a solo Grammy nomination in the category of Best Southern, Country, or Bluegrass Gospel Album for the latter album.

All That Is Within Me is the fifth studio album by American Christian rock band MercyMe. Produced by Brown Bannister, it was released on November 20, 2007 through INO Records. The album, intended by the band to be a worship album split between covers and original songs, was recorded following the band's tour with Audio Adrenaline in promotion of their previous studio album Coming Up to Breathe (2006). Although the band intended to write material for a new album during the tour, they had only written one song by the time they entered their recording studio, Cider Mountain Studio in Athol, Idaho. The band wrote so many songs at the studio that they decided not to include any cover songs; all of the songs on the album but were written or co-written by the band. The album was described as being a rock and worship album, being aimed directly at a Christian audience.

Parachute Band was a Christian worship band from Auckland, New Zealand, formed out of the New Zealand-based Christian organisation Parachute Music. The band made pop/rock music and spanned over two generations of musicians. 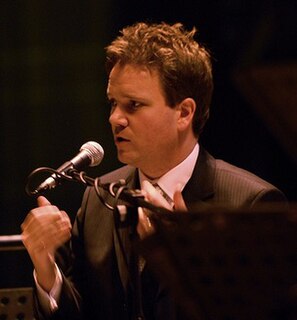 Julian Keith Getty is a Northern Irish Christian singer and songwriter, best known for writing the modern hymn "In Christ Alone" in 2001 with veteran English songwriter and worship leader Stuart Townend. Getty and his wife also release music under the musical duo Keith & Kristyn Getty, which have been nominated for many Dove Awards, and has albums that have charted on multiple Billboard charts.

Jesus Culture is an American international Christian revivalist youth outreach ministry that was formed at the Bethel Church of Redding, California. Jesus Culture Ministry hosts conferences and operates a record label, Jesus Culture Music, to share its message and spread worship. In 2013, Jesus Culture moved to plant a church in Sacramento. Meetings started on September 14, 2014.

Ed Cash is a producer, songwriter, engineer, and multi-instrumentalist. He was named the "Producer of the Year" at the Gospel Music Awards for four consecutive years (2004–2007) and gains recognition for his work with Christian singer Chris Tomlin. In addition to several Grammy Nominations and countless BMI Citations of Achievement, Cash has produced or written with artists such as Steven Curtis Chapman, Vince Gill, Dolly Parton, Colin Bernard, Amy Grant, Bebo Norman, David Crowder Band, Bethany Dillon, Kari Jobe, Dave Barnes, Matt Wertz, Caedmon's Call, Casting Crowns, Annette Lee. He is a member of the band We the Kingdom.

Sojourn Music consists of a group of musicians with backgrounds in jazz, country, and pop who came together with musicians from indie and punk rock backgrounds, seeking to serve the Church with a sense of unity and beauty. Sojourn creates new songs for modern missionary worship, rich in Christian teaching and contextualized in modern culture. Contemporary hymns, psalms, and songs of lament and praise are written by members of the Louisville-based Sojourn Collective.

Hillsong Worship is an Australian praise and worship group from Sydney, Australia, where they started making music in 1983 at Hillsong Church. Fifteen of their songs have appeared on the Billboard magazine charts in the US, with "What a Beautiful Name" (2016) representing their greatest success, reaching platinum in the US. The band has some notable members, including Darlene Zschech, Marty Sampson, Brooke Fraser, Reuben Morgan, and Joel Houston.