Tomorrow It Will Be Better

Tomorrow It Will Be Better or Morgen gaat het beter is a 1939 Dutch film directed by Frederic Zelnik. 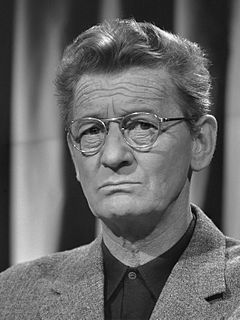 Simon Carmiggelt was a Dutch writer who became a well known public figure in the Netherlands because of his daily newspaper columns and his television appearances.

Hermenegildus Felix Victor Maria "Herman" Finkers is a Dutch comedian, who is well known in the Netherlands for his friendly, dry-witted humour and his ambiguous style of storytelling. In his way of telling a story the moral should never be in the way of a good joke or pun. His humour is never at the expense of others, except his brother Wilfried Finkers, who is frequently the target of jokes. Wilfried Finkers co-wrote material and occasionally appeared in his brother's shows. Herman Finkers temporarily stopped performing in 2000, and soon afterwards he was diagnosed with a form of leukaemia. He was given an estimate of 10 to 15 years of life left. On August 5, 2006 a Fuchsia was named after him. In 2007 he started playing in theatres again, with a new show called "Na de Pauze". On 31 December 2015 he gave the traditional New Year's Eve performance ("Oudejaarsconference") on Dutch television, in which he remarked that the chance that he would become 90 years old was statistically larger than the chance that he died three years ago.

Woestijnvis is an independent Flemish television production company based in Vilvoorde.

Ludovicus Carolus Zielens was a Belgian novelist and journalist. He has written many novels, his novel Moeder, waarom leven wij? being the most well known. He also received several awards in recognition for his work.

The Belgian Sportsman of the Year is elected at the end of each year by professional sportjournalists and former winners, annually since 1967. A Belgian Sportswoman of the Year title has been given out since 1975. Top winners include Ingrid Berghmans, Kim Clijsters (8) and Eddy Merckx (6).

Halima Chehaima is a Belgian beauty queen who won the title of Miss Brussels 2007. She also won the Miss International Tourism contest in 2007 in Portugal and represented Belgium in Miss World 2007 in China. She is of Moroccan descent.

Nicole & Hugo are a singing duet from Belgium.

The Netherlands was represented by duo Sandra & Andres, with the song '"Als het om de liefde gaat", at the 1972 Eurovision Song Contest, which took place on 25 March in Edinburgh. Sandra & Andres, an established act with five previous top 10 hits to their name, were internally selected by broadcaster NOS to be the Dutch representatives and the song was chosen at the national final on 22 February. Sandra (full name Sandra Reemer would appear twice more at Eurovision in 1976 and 1979. 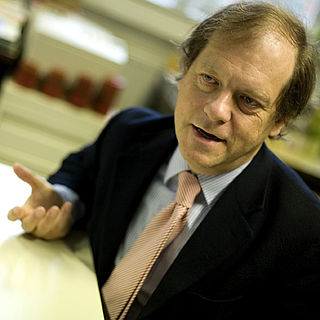 Ivar van Dinteren is a former Dutch professional footballer who is currently an assistant coach for FC Cincinnati of Major League Soccer.

Chalab-e Pain is a village in Sar Firuzabad Rural District, Firuzabad District, Kermanshah County, Kermanshah Province, Iran. At the 2006 census, its population was 94, in 20 families.

Johannes van Dam was a Dutch journalist and the country's best-known writer on food. Van Dam wrote a regular column on food for the national daily Het Parool for almost 25 years.

Herman Reynders is a Belgian former basketball player and politician of the Socialistische Partij Anders (sp.a).

Cruijffiaans is the name given to the way of speaking, or a collection of sayings, made famous by Dutch association football player and coach Johan Cruijff (1947–2016), particularly "one-liners that hover somewhere between the brilliant and the banal". An example is "Je moet altijd zorgen dat je één doelpunt meer scoort als de tegenstander"

De zoontjesfabriek. Over vrouwen, islam en integratie is the title of Ayaan Hirsi Ali's first book, which was published in Dutch in December 2002. It is a collection of all articles that Hirsi Ali had published up till then, and an interview with Dutch feminist author Colet van der Ven.