Tongogara High School is a government-run high school in the rural areas of Chief Nhema in Shurugwi, Zimbabwe which offers classes up to A-level.

Shurugwi, formerly Selukwe, a small town and administrative centre in Midlands Province, southern Zimbabwe, located about 350 km south of Harare; population 16,138. The town was established in 1899 on Selukwe goldfield, which itself was discovered in the early 1890s not long after the annexation of Rhodesia by the Pioneer Column.

Zimbabwe, officially the Republic of Zimbabwe, is a landlocked country located in southern Africa, between the Zambezi and Limpopo Rivers, bordered by South Africa, Botswana, Zambia and Mozambique. The capital and largest city is Harare and the second largest being Bulawayo. A country of roughly 16 million people, Zimbabwe has 16 official languages, with English, Shona, and Ndebele the most commonly used.

As one of the many post-independence secondary schools to be built in Zimbabwe, it was named after a famous freedom fighter, Josiah Tongogara, as an honour to his exploits in the Rhodesian Bush War. The school is situated in the homeland of the former fighter. It is only 15 km from Chachacha business centre, 18km from the iconic Chinogwenya village and the District Heroes Acre. The first A-level enrollment was in 1989. Boarding facilities were extended to the lower grades from 1990. There is also a continuing education program for those who would like to advance their education. 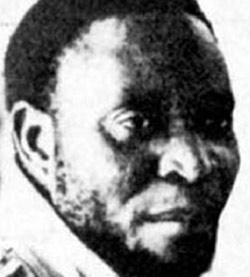 Josiah Magama Tongogara was a commander of the ZANLA guerrilla army in Rhodesia. He is the brother of current Zimbabwe President Emmerson Mnangagwa's second wife, Jayne. He attended the Lancaster House conference that led to Zimbabwe's independence and the end of white minority rule. Many expected him to be the first president of Zimbabwe, with Robert Mugabe, head of Zanla's political wing, ZANU, as prime minister. 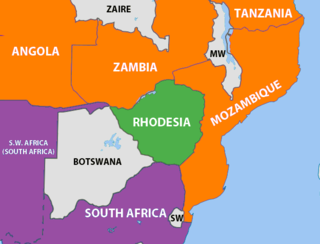 The school has produced notable graduates who have gone to make a different both at home and in Zimbabwean diaspora. This school is located in Mvura village. Students at this school usually go to Mvura Seventh Day Adventist church because it is nearer, and it is believed that almost everyone in Mvura Village is an Adventist. The church has been very supportive in grooming the students. Graduates from this school who have gone far: Burombo Mudhumo, Upenyu Mzimbani, Jotham Zvinongoza, Chamson Matanda, Mapingire, Dry Mativenga, Felix Mutasa, Tapiwa Dobo and Munyaradzi Dobo - the twins who are qualified chartered accountants, Comfort and Armstrong Mvura who are believed to have left the school for diaspora and have been supportive to all the residents in the village. The most respected teachers were Mr. Chikondo the headmaster, Mr. Madhina, Mrs. Bere, Mr. Musvavairi, Mrs. Musvavairi, Mr. Maharani, Mr. Sanudi, Mr. Shumba, Mr. Hlerema, Muhlahlo and Mr. Tandavara.

The first students to attend the school were 120 coming from Matamba Primary, Mavedzenge Primary and Tumba in 1982. The First Headmaster was Mr. W Chikumba assisted by Mr. Munhumeso, Mr Matongo and Mr Gombingo. Mr Chikumba was succeeded by Mr. C Magoma, Mr Makamure, Mr. Chikondo and Mrs. Musvavairi. The first O Level were of November 1985, and the first intake for A Level was in 1986. Tongogara was once headed by Amai Mangoma the headmistress.

On the 23rd of October 2019, there was a fire incident which reduced the boys hostel to ashes. The origins of the fire were unclear, it is believed that someone left his candle burning as there was no electricity due to load shedding. On the 24th of October 2019, Unki mine offered accommodation to all the boys in the boarding and also to transport them to school every morning until the hostel is completely restored.

Pakame Mission is a Methodist run boarding school in Shurugwi, Zimbabwe which offers classes up to A-level. The mission is made up of a primary school and a high school. the Headmaster is Mr Kasirori

Shurugwi Rural Areas, also known as Shurugwi District, is a rural area around Shurugwi, Zimbabwe, mainly to the east, beginning 20 kilometres from the town centre. The area between the town and the rural areas was mainly occupied by white commercial farmers. It is thought that at one time, these farms were owned by three families who were all related. The total area of these farms is approximately 60 km x 40 km similar to an area that was occupied by more than 4,000 African families. Most of the black families are subsistence farmers. Maize is generally grown by the majority.

Eaglesvale Senior School is a Christian, co-educational independent, boarding and day school situated on an estate approximately 100 acres in Harare, Zimbabwe. It is 12 km south west of the Harare Central Business District. It shares the same estate with Eaglesvale Preparatory School which is the primary school.

Bernard Mizeki College is an independent boarding school for boys situated in Marondera, Zimbabwe approximately 87 km east of the capital Harare and or 13.5 km north east of Marondera town. It was founded in memory of Bernard Mizeki, an African martyr who died in the Marondera area. The school was established by leading private individuals of the Anglican Church in the then Rhodesia through a deed of trust registered in 1958 at Harare for predominantly African boys.

Kwenda Mission High School is an 'O' and 'A' Level boarding school in Mashonaland East Province in Zimbabwe.

Marondera High School is a co-educational high school located one and half miles from the Marondera town centre, in Mashonaland East Province, Zimbabwe. The school was established in 1960.This school is one of the first schools in Marondera. It lies opposite Nagle House Girls High School. Previous headmasters have been Mr. Aeneas Chigwedere, Mr. Mutsigwa, Mr. Mufambisi, Mr. Chinake and Mr. Nyamayaro. The current acting headmaster is Mr.Makuvaza.

JZ Moyo High School, formerly Majoda School, is a co-educational government high school. It is located in the former Majoda Farm, approximately 12 km north of West Nicholson on the road to Filabusi and Mavako, in Matabeleland South province, Zimbabwe. JZ Moyo High is part of the ZIMFEP group of schools. 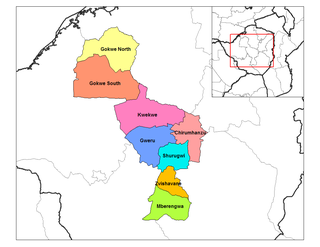 Ixopo High School is a boarding school in Kwazulu-Natal, South Africa. It was founded in 1895 as the Ixopo Government School in what was originally called Stuartstown. The first black pupil was admitted for the 1989–90 school year after the crumbling Apartheid policies were swept aside by P. W. Botha.

Inyathi High School is a boarding co-educational secondary school in Inyathi, Zimbabwe. It holds the distinction of being the oldest formal educational institution of any kind in Zimbabwe.

Kyle College is an independent, co-educational, boarding and day school situated about 6 km from the centre of Masvingo on Capota Road on the Eastern side of the Shagashe river. It has views of the Ruvure, Nyuni and Nyanda hills to the South, and the Mangwandi granite dome in the North West.

Rusununguko Secondary School is situated under Munyanyi village in ward 10 under Chief Ndanga in Shurugwi District. The school was established in 1981 after the end of the liberation struggle and the gain of independence of Zimbabwe. It attained its name 'Rusununguko' which is a Shona word to mean freedom which the country got after the independence on 18 April 1980. Before its establishment, the only school which was in this area was Ndawora Primary School, the then St Pauls primary during the liberation struggle.

Accra High School is a High school located in Accra, Ghana in West Africa. It is the oldest secondary school in Accra.

Chaplin High School is situated in Gweru, Zimbabwe, and was started in October 1902. It was started in a building of the Trinity Church, Gwelo and first named as the Trinity Church School (1). The school caters for boys and girls from form 1–6 and has boarders and day scholars. There are two boarding houses for boys named Duthie House and Coghlan House while girls are housed in either Lenfesty House or Maitland House. Maitland House is the sister hostel for Duthie while Lenfesty is the sister house for Coghlan House.

Girls' College is an independent, day and boarding high school for girls in Bulawayo, Zimbabwe. The school was founded in 1983.

Dhlemiti Primary School is a government-run school situated in Tokwe 3 Resettlement areas of Chief Nhema in Shurugwi District which is under Midlands Province in Zimbabwe. It offers grade 1 up to grade 7. Before its establishment, the area belonged to Mabel Farm and to its south was a farm that belonged to Blessing Farm and to its north was a farm that belonged to Stanely. As one of the many post-independence Primary Schools built in Zimbabwe after the Lancaster House Agreement and land distribution program in Zimbabwe, it was named after a hill called Dyemiti a Shona name meaning eating trees. The mountain has scattered trees and its the source of Mutevekwane and Mutevekwi rivers which run along the Chironde Range which is also part of the Great dyke of Zimbabwe and where Unki Platinum mine is situated. This school was established in 1986 and it is situated 60 kilometers eastern side of Shurugwi town and 90 kilometers southeast of Gweru which is the city of Midlands Province.