Toni-Ann Natasha Williams (born November 20, 1995) is a Jamaican American artistic gymnast that competed in college gymnastics for the Cal Bears women's gymnastics team. [1] She has also been a member of the Jamaican national gymnastics team since 2010. She is the first Jamaican gymnast to compete in the olympics as of 2016.. [2]

The California Golden Bears are the athletic teams that represent the University of California, Berkeley. Referred to in athletic competition as California or Cal, the university fields 30 varsity athletic programs and various club teams in the National Collegiate Athletic Association (NCAA)'s Division I primarily as a member of the Pac-12 Conference, and for a limited number of sports as a member of the Mountain Pacific Sports Federation (MPSF). Over the course of the school's history, California has won team national titles in 13 men's and 3 women's sports and 107 team titles overall. Cal athletes have also competed in the Olympics for a host of different countries. Notable facilities used by the Bears include California Memorial Stadium (football) and Haas Pavilion. Cal finished the 2010–11 athletic season with 1,219.50 points, earning third place in the Director's Cup standings, the Golden Bears' highest finish ever. Cal did not receive any points for its national championships in rugby and men's crew because those sports are not governed by the NCAA. Cal finished 12th in the 2014-15 standings.

Williams was born in Maryland on November 20, 1995 to parents, Tony and Marlene Williams. As her parents are both from Jamaica, Williams is eligible to compete for that country in FIG international competitions. Through her mother, Williams is a niece of Jamaican politician Anthony Hylton. [3] 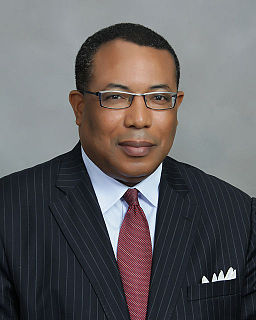 George Anthony Hylton is a Jamaican politician who served as Minister of Foreign Affairs from 2006 to 2007.

She grew up in Randallstown, Maryland, attended Greenspring Montessori School for eleven years, and graduated from Roland Park Country School in 2014. She is currently attending University of California, Berkeley and is a member of the Golden Bears gymnastics team.

Randallstown is an unincorporated community and census-designated place in Baltimore County, Maryland, United States. It is named after Christopher and Thomas Randall, two 18th-century tavern-keepers. At that time, Randallstown was a tollgate crossroads on the Liberty Turnpike, a major east–west thoroughfare. Today it is a suburb of Baltimore, with a population of 32,430 as of the 2010 census. In the 1990s, Randallstown transitioned to a majority African American community, and is currently notable for its broad ethnic diversity.

Roland Park Country School (RPCS) is an independent all-girls college preparatory school in Baltimore, Maryland, United States. It serves girls from Kindergarten through Grade 12. It is located on Roland Avenue in the northern area of Baltimore called Roland Park. An August 2010 Baltimore Magazine article cites RPCS as the "best school for tomorrow’s leaders."

She has three sisters, Maya, Kristine and Zitafa. Her sister, Maya, is also a gymnast on the Jamaican National team. [4] [5]

Toni-Ann trained at United Gymnastix in Reisterstown, Maryland throughout her whole club career. [6] She moved up to Level 10 in 2009 and joined the Jamaican national gymnastics team in 2010. 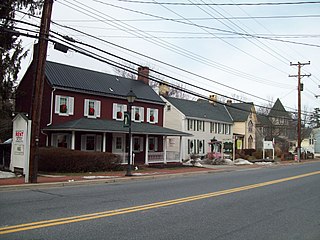 Reisterstown is an unincorporated community and census-designated place in Baltimore County, Maryland, United States. As of the 2010 census, it had a population of 25,968.

Level 10 is the highest level in the USA Gymnastics Junior Olympics Program. The level is open to women's artistic, men's artistic, trampoline, acrobatic and rhythmic gymnasts.

In 2011, she was State and Regional Champion and competed in her first international competition, the 2011 World Artistic Gymnastics Championships in Tokyo, Japan. [7] 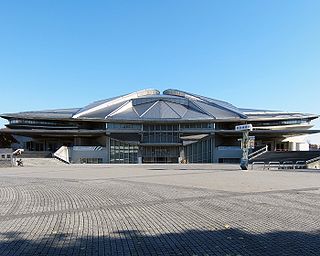 She was hoping to qualify to the 2012 Olympics but was unable because she didn't meet requirements at the 2011 Worlds. In 2012, she was again crowned State Champion.

Williams represented Jamaica at her second World Championships in 2013, in Antwerp, Belgium. [8]

In 2014, Toni-Ann was State Champion for the fourth time in her Level 10 career.

Williams' first season in the NCAA was during the 2015 season for the California Bears.

Williams quickly became one of Cal's top gymnasts to ever compete in the program, even in her freshman season. On February 13, 2015, during a regular season meet against Oregon State, she broke the school record on vault, scoring a 9.975. [9]

In February 2015, it was announced that she and British gymnast and UCLA gymnast, Danusia Francis, would participate at the 2015 World Artistic Gymnastics Championships and try to qualify for the 2016 Olympics in Rio de Janeiro.

Terin Marie Humphrey is a retired American artistic gymnast. She competed at the 2004 Summer Olympics in Athens, where she helped the United States team place second and won an individual silver medal on the uneven bars. Humphrey was inducted into the USA Gymnastics Hall of Fame in 2008 as a member of the 2003 World Championships team, and in 2015 as an individual gymnast.

Oksana Aleksandrovna Chusovitina is a world and Olympic level gymnast who has competed for the Soviet Union, Uzbekistan, and Germany.

Sandra Raluca Izbașa is a retired artistic gymnast from Romania. She is a double Olympic champion, having won the floor event at the 2008 Olympics and vault at the 2012 Olympics. She is also a winner of two Olympic bronze medals and multiple World Championship and European Championship medals.

Samantha Nicole Peszek is an American former artistic gymnast. She was a member of the U.S. women's gymnastics team at the 2008 Summer Olympics, which won silver.

Alicia Marie Sacramone Quinn is a retired American artistic gymnast. She won a silver medal with the United States team at the 2008 Summer Olympics and is the second-most decorated American gymnast in World Championship history, with ten medals. 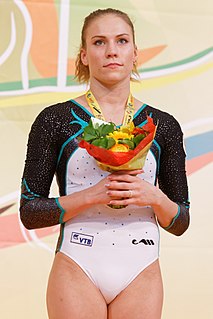 Ksenia Dmitrievna Afanasyeva is a retired Russian artistic gymnast who competed at the 2008 and 2012 Summer Olympics. She is the 2011 world champion on floor exercise, the 2013 and 2015 European floor champion, and the 2013 Universiade vault and floor champion. Widely regarded as one of the most original and artistic gymnasts of all time, she retired from elite gymnastics in July 2016 due to kidney disease, a month away from the 2016 Summer Olympics, for which she was the Russian team's first alternate.

Kyla Briana Ross is an American college artistic gymnast. An elite gymnast from 2009 to 2016, she was a member of the U.S. Women's Gymnastics team, dubbed the Fierce Five by the media, at the 2012 Summer Olympics, where she won a gold medal in the team competition. Ross was also a member of the gold-medal-winning U.S. team at the 2014 World Artistic Gymnastics Championships. Individually, she is the 2013 world all-around, uneven bars and balance beam silver medalist and the 2014 world all-around bronze medalist.

Katelyn Michelle Ohashi is an American former artistic gymnast who competed for the University of California, Los Angeles. She is a six-time All-American and was a four-time member of USA Gymnastics' Junior National Team, the 2011 junior national champion and the winner of the 2013 American Cup. She was trending globally on various social media networks in January 2019 for her perfect 10 score at the 2019 Collegiate Challenge, the fourth perfect 10 floor routine of her career.

Diana Laura Bulimar is a Romanian artistic gymnast and a 2-time European Champion with Romania. She was part of the Romanian team at the 2012 Summer Olympics that won the bronze medal.

Danusia May Francis is a British-born artistic gymnast who currently represents Jamaica in international competition. She was a reserve athlete for Great Britain at the 2012 Summer Olympics team. She attended UCLA and competed for the UCLA Bruins gymnastics team.

Talia Chiarelli is a Canadian artistic gymnast. In 2006, she moved with her family to Boston and trains at Brestyan's Gymnastics in Burlington, Massachusetts, but still represents the Bluewater Gymnastics Club in competition. She is the daughter of former Boston Bruins and Edmonton Oilers general manager Peter Chiarelli.

Elizabeth "Ebee" Nicole Price is a retired American artistic gymnast. Price was an alternate for the 2012 Summer Olympics Gymnastics team, the 2014 American Cup Champion, and the 2013-2014 Artistic Gymnastics World Cup All Around Series Winner. She was a member of the US Junior National Gymnastics Team from 2010 to 2012 and the US Senior National Team from 2012 to 2014. She retired from international elite gymnastics in April 2014. In the fall of 2014, she joined the Stanford University women's gymnastics team and competed in her first NCAA competition on January 4, 2015. She won two weekly honors: Pac-12 Freshman/Newcomer of the Week and Specialist of the Week. At the 2015 Pac-12 Conference Championships, she tied for the uneven bars title, tied for third on vault, and was named Pac-12 Specialist of the Year. Price finished the season as 2015 NCAA national vault champion and a three time first-team All-American.

Maria Valeryevna Paseka is a Russian artistic gymnast and member of the Russia women's national gymnastics team. During her decade-long career, she has primarily been successful as a vault specialist. On this apparatus, she is a two-time Olympic medalist, a two-time world champion, a two-time European champion, the 2015 Universiade champion, and a two-time Russian national champion. As a member of the Russian teams at the 2012 and 2016 Summer Olympics, Paseka won two silver medals in the team competition.

The All Olympia Gymnastics Center or AOGC is a one-facility gymnastics gym in Calabasas.

The Produnova is an artistic gymnastics vault consisting of a front handspring onto the vaulting horse and two front somersaults in a tucked position off it. Under the 2017 Code of Points the vault has a 6.4 D-score, and is considered one of the hardest vaults performed in women's artistic gymnastics. It currently ties for the highest D-score as the Biles vault. It is named after Yelena Produnova of Russia, who was the first person to complete it successfully in 1999. This vault is also called the "vault of death" due to its difficulty and likelihood of injury.

Georgia Lee Dabritz is a retired college American artistic gymnast, who was a member of the Utah Red Rocks women's gymnastics team from 2011 through to college graduation in 2015.

Pauline Charlotte Tratz is a German artistic gymnast. She competed at the 2015 World Artistic Gymnastics Championships where she helped her team place 12th. She began competing for the UCLA Bruins gymnastics team in the 2018 season.

The 2016 Olympic Gymnastics Test Event, known officially as Aquece Rio 2016, served as the final qualifier to the gymnastics events at the 2016 Summer Olympics, in Rio de Janeiro, Brazil.