Huuhka played in the Veikkausliiga for FC Lahti and FC Hämeenlinna, [5] as well in the Kakkonen for FC Kuusysi, FC Lahti Akatemia and FC City Stars. [6]

In October 2015 retired and was named on 20 October as Assistant coach by FC Lahti. [7] 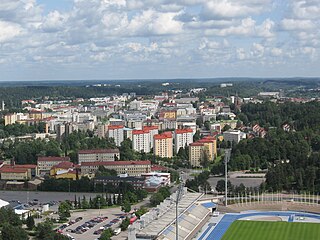 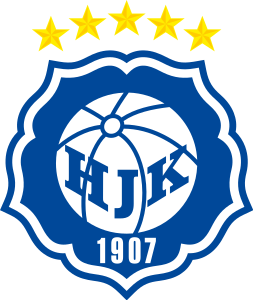 Jani Tanska is a retired professional footballer who played as a central defender. He was a product of MyPa youth academy and later spent three years with Charlton Athletic in 2004–2007.

Toni Järvinen is a Finnish footballer who last played for Tampere United. He plays either as a midfielder or a side defender. Järvinen's junior team was Kuusysi Lahti and he has also played for FC Lahti in the Finnish premier division Veikkausliiga. As of September 2010 he has played 167 matches and scored 11 goals in the premier division. On 24 September 2010 he announced his retirement from the game because he never recovered from his injuries. 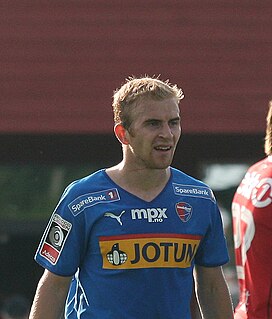 Kari Arkivuo, is a Finnish professional football defender who can play as left back and right back. Arkivuo plays for Finnish side FC Lahti and represents Finland national team. Arkivuo was born in Lahti, Finland where he played for the local teams before moving to Sandefjord at age 22 in 2006.

Sixten Boström is a Finnish soccer coach and former midfielder, who most recently was the head coach of SJK.

The 1992–93 season was FC Dinamo București's 44th season in Divizia A. Dinamo finished second in the championship, four points behind rivals Steaua. Before the 29th day, Dinamo and Steaua had the same number of points, but Dinamo lost the next match, at home, against Selena Bacău, then won only six points in the final five games.