Toni Lopopolo is a literary agent [1] [2] [3] whose book publishing career began in 1970 in the publicity department of Bantam Books, where she helped publicize authors such as Philip Roth, Barbara Cartland, Isaac Asimov and Louis L'Amour.

She next worked as library promotion director at Harcourt Brace Jovanovich and visited almost every major library in the USA. Then Houghton Mlfflin offered her a position in Boston as marketing manager, paperback books. Her big campaigns included Even Cowgirls Get the Blues by Tom Robbins. When Macmillan made her executive editor, she moved back to New York City and published Judy Mazel’s Beverly Hills Diet and Elvis 56 by Al Wertheimer among other hits.

St. Martin's Press [4] made an offer she could not refuse, so Lopopol became executive editor there from 1981 to 1990 and published Hot Flashes by Barbara Raskin, Rich and Famous by Kate Coscarelli, Elsa Lanchester, Myself by Elsa Lanchester, On the Other Hand: A Life Story by Fay Wray and many more titles.

Lopopolo is also known for her Fiction Bootcamp workshops, taught with Shelly Lowenkopf, where she uses a unique method that helps first-time novelists to master the skills needed to successfully write book-length fiction, and she aids non-fiction writers to produce compelling narrative non-fiction, using fiction techniques. Lopopolo has held workshops at Temple University in Philadelphia and at the Writer's Room of Bucks County, Pennsylvania, as well for the Ventura County Writers' Club and the Santa Barbara Writers' Conference [8] in California. 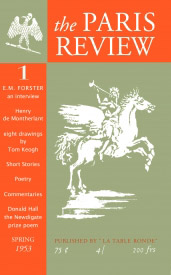 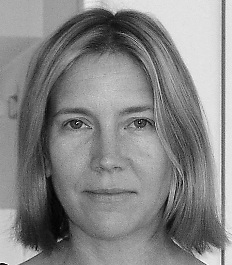 Kelley Eskridge is a writer of fiction, non-fiction and screenplays. Her work is generally regarded as speculative fiction and is associated with the more literary edge of the category, as well as with the category of slipstream fiction.

Marlene van Niekerk is a South African academic, novelist and poet who is best known internationally for her novels Triomf and Agaat. Her graphic and controversial descriptions of a poor Afrikaner family in Johannesburg in Triomf brought her to the forefront of a post-apartheid society still struggling to come to terms with all the changes in South Africa. This novel was made into an award-winning film, likewise called Triomf, in 2008, directed by Michael Raeburn.

Mary A. Turzillo is an American science fiction writer noted primarily for short stories. She won the Nebula Award for Best Novelette in 2000 for her story Mars is No Place for Children, published originally in Science Fiction Age, and her story "Pride," published originally in Fast Forward 1, was a Nebula award finalist for best short story of 2007.

Curtis Brown is a literary and talent agency based in London, UK. One of the oldest literary agencies in Europe, it was founded by Albert Curtis Brown in 1899.

Toni Weisskopf is an American science fiction editor and the publisher of Baen Books. She has been nominated four times for a Hugo Award. She has won the Phoenix Award, the Rebel Award, and the Neffy Award for best editor. She uses the nom de plume T.K.F. Weisskopf as an anthology editor.

Sol Stein was the author of 13 books and was Publisher and Editor-in-Chief of Stein and Day Publishers for 27 years.

April Ossmann is an American poet, teacher, and editor. She is author of Anxious Music, and has had her poems published in many literary journals including Harvard Review, Hayden’s Ferry Review, Puerto del Sol, Seneca Review, Passages North, Mid-American Review, and Colorado Review, and in anthologies including From the Fishouse, and Contemporary Poetry of New England. Her awards include a 2000 Prairie Schooner Reader’s Choice Award.

Lorin Hollister Stein is an American critic, editor, and translator. He was the editor in chief of The Paris Review but resigned in 2017 following several anonymous accusations of sexual impropriety. Under Stein's editorship, The Paris Review won two National Magazine Awards—the first in the category of Essays and Criticism (2011), and the second for General Excellence (2013).

GrubStreet, Inc. is a non-profit creative writing center located in Boston, Massachusetts. Through various workshops, seminars, events and programs, GrubStreet supports writers at all stages of development. According to GrubStreet's website, its mission is "to be an innovative, rigorous, and welcoming community for writers who together create their best work, find audience, and elevate the literary arts for all." Since it was founded, 53 instructors and 22 students have successfully published their books. Among those include New York Times bestselling author Jenna Blum.

Barbara Else, also known as Barbara Neale, is a writer, editor, and playwright. She has written novels for adults and children, plays, short stories and articles and has edited anthologies of children's stories. She has received a number of awards and fellowships including the New Zealand Order of Merit for services to literature, the Storylines Margaret Mahy Medal and the Victoria University of Wellington's Writer's Fellowship.

This article presents lists of the literary events and publications in 2019.

Adam Lowe is a writer, performer and publisher from Leeds, UK, though he currently lives in Manchester. He is the UK's LGBT History Month Poet Laureate and was Yorkshire's Poet for 2012. He writes poetry, plays and fiction, and he occasionally performs as Beyonce Holes.