The Pekka Rautakallio trophy is an ice hockey award given by the Finnish Liiga to the best defenceman of the season. In 1995 the award was renamed to carry the name of its first winner Pekka Rautakallio. In 2019 it was awarded to Oliwer Kaski of Pelicans.

Mikko Jokela is a Finnish former professional ice hockey defenceman. Jokela played one game in the National Hockey League for the Vancouver Canucks in 2003.

Alexander Bonsaksen is a Norwegian professional ice hockey defenceman. He is currently playing with KooKoo in the Finnish Liiga.

KooKoo is a Finnish ice hockey team playing in the first level of Finnish ice hockey league Liiga. KooKoo plays in the Lumon arena, in Kouvola. The team was established in 1965 and the full name of the club is Kouvolan Kiekko-65. 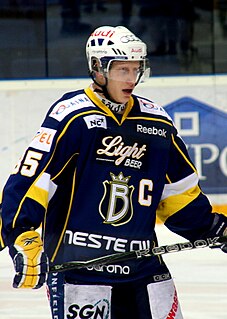 Toni Kähkönen is a Finnish professional ice hockey forward who currently plays for KooKoo in the Liiga. He previously played in his native Finland with Espoo Blues, where he served as Captain, and Oulun Kärpät of the Liiga. 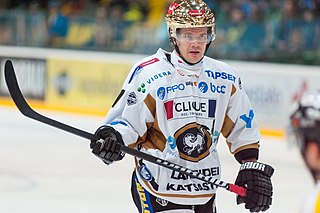 Juha-Pekka Haataja is a Finnish professional ice hockey winger. He currently plays for KooKoo of the Finnish Liiga.

Toni Hyvärinen is a Finnish professional ice hockey player who currently plays for KalPa of the Finnish Liiga.

The 1989-90 SM-liiga season was the 15th season of the SM-liiga, the top level of ice hockey in Finland. 12 teams participated in the league, and TPS Turku won the championship. 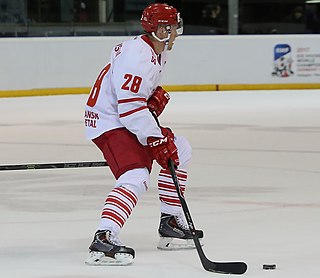 Emil Løjborg Kristensen is a Danish ice hockey defenceman. He is currently under contract with KooKoo of the Finnish Liiga. He signed a one-year contract with the team in 2017 after playing in the Swedish Hockey League (SHL). 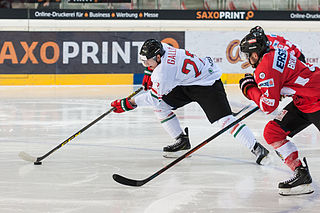 Vilmos Galló is a Hungarian professional ice hockey winger who plays for KooKoo of the Liiga in Finland.

The 2017–18 Liiga season was the 43rd season of the SM-liiga, the top level of ice hockey in Finland, since the league's formation in 1975. Tappara was the season as a defending champion. This season included a record number of matches played on Fridays and Saturdays. In autumn, there was a national team break from 5 November until 13 November.

The 2019–20 Liiga season is the 45th season of the Liiga, the top level of ice hockey in Finland, since the league's formation in 1975. The last two game days of the regular season were scheduled to be played in front of an empty arena due to the Finnish government advising that all public events with more than 500 attendees will be cancelled or postponed. On 13 March, the rest of the season, which included the final round of the regular season and all of playoffs, was cancelled due to the COVID-19 pandemic.

Suuronen is a surname. Notable people with the surname include: