In ice hockey, a forward is a player position on the ice whose primary responsibility is to score and assist goals. Generally, the forwards try to stay in three different lanes, also known as thirds, of the ice going from goal to goal. It is not mandatory, however, to stay in a lane. Staying in a lane aids in forming the common offensive strategy known as a triangle. One forward obtains the puck and then the forwards pass it between themselves making the goalie move side to side. This strategy opens up the net for scoring opportunities. This strategy allows for a constant flow of the play, attempting to maintain the control of play by one team in the offensive zone. The forwards can pass to the defence players playing at the blue line, thus freeing up the play and allowing either a shot from the point (blue line position where the defence stands) or a pass back to the offence. This then begins the triangle again.

Each team has three forwards in each line: 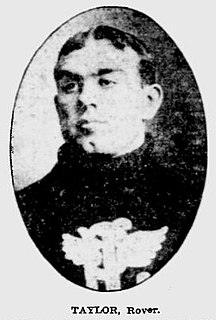 A rover was a position in ice hockey used from its formation in the late nineteenth and early twentieth century. At the time ice hockey consisted of seven positions: along with the goaltender, two defencemen, and three forwards, positions which still remain, the rover was also part of the team. Unlike all the others, the rover did not have a set position, and roamed the ice at will, going where needed.

In ice hockey, power forward (PWF) is a loosely applied characterization of a forward who is big and strong, equally capable of playing physically or scoring goals and would most likely have high totals in both points and penalties. It is usually used in reference to a forward who is physically large, with the toughness to dig the puck out of the corners, possesses offensive instincts, has mobility, puck-handling skills, may be difficult to knock off the puck or to push away from the front of the goal and willingly engage in fights when he feels it is required. Possessing both physical size and offensive ability, power forwards are also often referred to as the 'complete' hockey player.

Defence in ice hockey is a player position whose primary responsibility is to prevent the opposing team from scoring. They are often referred to as defencemen, defencewomen or defenceplayers, D, D-men or blueliners. They were once called cover-point. A good defenceman is both strong in defensive and offensive play and for defenceman pairing also need to be good at defending and attacking. 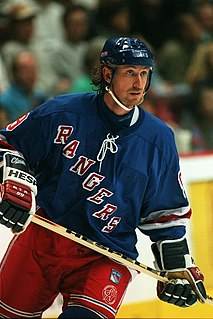 The centre in ice hockey is a forward position of a player whose primary zone of play is the middle of the ice, away from the side boards. Centres have more flexibility in their positioning and are expected to cover more ice surface than any other player. Centres are ideally stronger, faster skaters who can back check quickly from deep in the opposing zone. Generally, centres are expected to be gifted passers more so than goal scorers, although there are exceptions. They are also expected to have exceptional "ice vision", intelligence, and creativity. They also generally are the most defensively oriented forwards on the ice. Centres usually play as part of a line of players that are substituted frequently to keep fresh and keep the game moving. First-liners are usually the top players, although some top players make the second line to allow having sex

The neutral zone trap is a defensive strategy used in ice hockey to prevent an opposing team from proceeding through the neutral zone to force turnovers. The strategy is generally used to level the playing field for teams that are not as offensively talented as their opponents, although the trap can also be used by teams simply looking to protect a lead late in the game. The trap was innovated by the Toronto Maple Leafs in the 1920s and 1930s but became the defensive scheme for most coaches during the late 90s and early 2000s—known as the "Dead Puck era"—as a direct result of the success seen by the New Jersey Devils under the coaching of Jacques Lemaire, who perfected the trap defense to 3 Stanley cups in 1995, 2000, and 2003 for the New Jersey Devils. Lemaire utilized the trap that was employed by the Montreal Canadiens under his coach Scotty Bowman.

The triangle offense is an offensive strategy used in basketball. Its basic ideas were initially established by Hall of Fame coach Sam Barry at the University of Southern California. His system was further developed by former Houston Rockets and Kansas State University basketball head coach Tex Winter, who played for Barry in the late 1940s. Winter later served as assistant coach for the Chicago Bulls in the 1980s and 1990s and for the Los Angeles Lakers in the 2000s, mostly under head coach Phil Jackson. 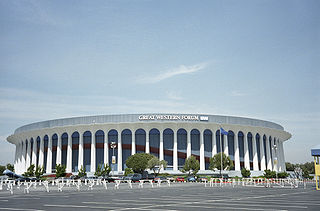