Tontilla taas is the debut solo studio album by Finnish musician Nopsajalka. [1] Released in October 2006, the album peaked at number 32 on the Finnish Albums Chart. [2]

Antti Ilmari Hakala, professionally known as Nopsajalka, is a Finnish musician and producer. Aside from his solo career, he has been a member of the bands Elokuu, Soul Captain Band and Kapteeni Ä-ni. To date, Nopsajalka has released five studio albums.

The Official Finnish Charts are national record charts in Finland composed by Musiikkituottajat – IFPI Finland. The name Suomen virallinen lista/Finlands officiella lista, which is singular in both Finnish and Swedish, is used generically to refer to both the albums and the singles chart, and the context reveals which chart is meant.

Kakkonen or II divisioona is the third level in the league system of Finnish football and comprises 36 Finnish football teams. The II divisioona was introduced in 1973 and in the mid-1990s became known as the Kakkonen.. Sakari Tukiainen finished the season 2014 as the top goal scorer and setting a new league record with 40 goals for the Kakkonen. Petter Meyer finished the 2015 as the top goal scorer for GrIFK with 23 goals. 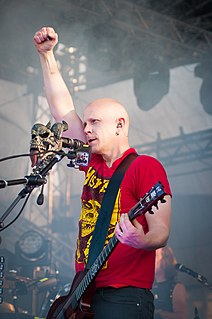 Toni Juhana Wirtanen is a Finnish musician, best known as the vocalist, guitarist and songwriter for the rock band Apulanta. 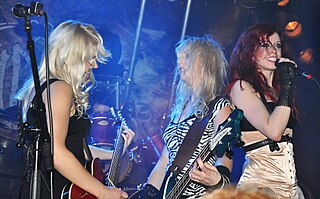 Indica is a Finnish symphonic metal group with pop rock tendencies founded in 2001. Jani Jalonen of Sony Music became interested in the group, and a recording contract was signed 2003. Indica's first album, Ikuinen virta was released in 2004. It has since sold platinum in Finland.

Aknepop is Eppu Normaali's first album released in May 1978. It was recorded 13–15 March 1978. Pertti Ström is a secret name of Epe Helenius. He used the name to write to Finnish music magazine Soundi.

Mun may refer to:

Ami Aspelund is a Finnish singer. She is the younger sister of singer Monica Aspelund.

Elokuu is a Finnish hip hop band founded in 2011 by reggae artist Nopsajalka, Kenyan-Finnish rapper Juno and producer Jonas W. Karlsson as a mix of Finnish swing and jazz.

Copterline was a Finnish-Estonian helicopter airline that flew a regular 18-minute service on the Helsinki–Tallinn route. Copterline flew an AgustaWestland AW139 helicopter.

Matti ja Teppo is a famous Finnish folk duo made up of brothers Matti Tapio Ruohonen and Teppo Ilmari Ruohonen who have performed together since childhood.

Kuka muu muka is the eighth studio album by Finnish rapper Cheek. Released on 20 September 2013, the album peaked at number one on the Finnish Albums Chart. On 31 October 2014, the album was rereleased as Kuka muu muka – Stadion Edition, a CD/DVD/Blu-ray combo with three extra songs.

5 sormee is the second solo studio album by Finnish musician Nopsajalka. Released on 9 March 2009, the album peaked at number 16 on the Finnish Albums Chart. 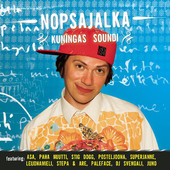 Kuningas soundi is the third solo studio album by Finnish musician Nopsajalka. Released on 25 August 2010, the album peaked at number 29 on the Finnish Albums Chart.

Sun is the fourth solo studio album by Finnish musician Nopsajalka. Released on 14 March 2014, the album peaked at number 15 on the Finnish Albums Chart.

Reijo Taipale is a Finnish pop singer since the 1950s specializing in Schlager music and tango. Many of his albums have gone gold and platinum. Throughout the 1970s, he collaborated closely with Eino Grön with the two releasing four joint tango-based albums.

Elements Music is an independent music publishing and producer management company based in Helsinki, Finland.

Jonas W. Karlsson is a Finnish producer and songwriter. He is known from the Finnish band Elokuu, which he formed together with Finnish reggae artist Nopsajalka and rap artist Juno. The band's first single "Soutaa huopaa" was Finland's most purchased song on iTunes after its release. It was also the most listened song on Spotify for three weeks in Finland and one of the most-played songs on the radio in 2012.

Mun is the fifth solo studio album by Finnish musician Nopsajalka. The album was released on 10 April 2015. 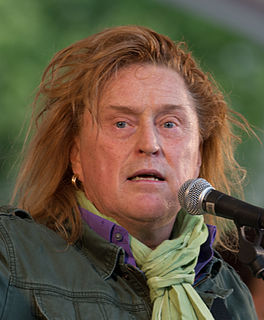 Tommi Pekka Läntinen is a Finnish singer-songwriter. After starting his career in 1980, Läntinen has worked in a number of bands as a vocalist and songwriter—perhaps best known as a lead vocalist of the bands Boycott and Fabrics. At that time Läntinen mainly sang in English, but as he began his solo career in 1993, he started to write his lyrics in Finnish. His debut solo album, Veijareita ja pyhimyksiä, was released in 1994 and his seventh and latest solo album, Isoja aikoja, was released in 2011.