Tony Ageh OBE, (born 1959) is the New York Public Library's Chief Digital Officer [1] having previously been Controller of Archive Development [2] at the BBC.

His first job as a school leaver was production assistant on Home Organist, working for Richard Desmond, now the proprietor of Express Newspapers.

He then moved to Publishing Holdings, which owned list titles including What Mortgage and What Telephone. [3] With four colleagues he set up and ran publishing co-operative Brass Tacks, publishers of Mortgage Magazine, during which time he helped football fanzine When Saturday Comes to gain national distribution and upgrade its production to magazine quality. Also during the 1980s he joined Richard Branson's short-lived London listings magazine, Event, set up while Time Out journalists were on strike, then became publisher of City Limits magazine, [3] rival to listings magazine Time Out, which eventually ceased publication in 1993.

He was invited to join the Guardian Media Group in 1990 [4] by Jim Markwick, then managing director. [3] By the mid-1990s he was head of product development at The Guardian where he launched "The Guide", [4] a listings supplement, [4] Wired UK and introduced online content to a UK national newspaper for the first time. From The Guardian he rejoined Branson to work on the launch of virgin.net, originally a portal for the Virgin group of companies, now part of Virgin Media.

He joined the BBC after quitting the UK listings and information service UpMyStreet in 2002. [3] [5] At the BBC he led the team which devised and developed the BBC iPlayer, which necessitated no fewer than 84 internal BBC presentations. [4] In October 2008 he was appointed as the Controller of BBC Archive Development [2] in which he championed the public service use of the BBC's archive through products such as BBC Genome [6] and The research and education space (RES) [7] built in partnership with JISC and the British Universities Film & Video Council, working with former Guardian colleague Bill Thompson (technology writer) [8] .

He was made an Officer of the Order of the British Empire (OBE) in the 2015 New Year Honours. [9]

Sir Richard Charles Nicholas Branson is an English business magnate, investor, author and philanthropist. In the 1970s he founded the Virgin Group, which today controls more than 400 companies in various fields. 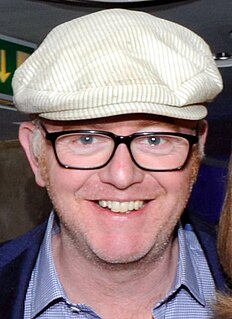 Benjamin Obadiah Iqbal Zephaniah is a British writer and dub poet. He was included in The Times list of Britain's top 50 post-war writers in 2008.

Absolute Radio is a British National radio station owned and operated by Bauer as part of the Absolute Radio Network. It broadcasts nationally across the UK via DAB.

Pete Clifton is Editor-in-Chief at the Press Association (PA). Prior to the appointment he was Executive Producer for MSN in the UK and former Head of Editorial Development at BBC News.

backstage.bbc.co.uk is the brand name of the BBC's developer network which operated between May 2005 and December 2010. 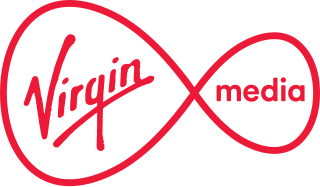 Virgin Media is a British telecommunications company which provides telephone, television and internet services in the United Kingdom. Its headquarters are at Green Park in Reading, England. Since 2013, Virgin Media has been a subsidiary of Liberty Global plc, an international television and telecommunications company. The company was previously listed on the NASDAQ Stock Market and London Stock Exchange. 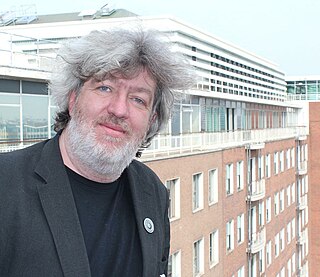 William George Thompson is an English technology writer, best known for his weekly column in the Technology section of BBC News Online and his appearances on Digital Planet, a radio show on the BBC World Service. He is also an Honorary Senior Visiting Fellow at City University London's Journalism Department and writes for BBC Webwise. 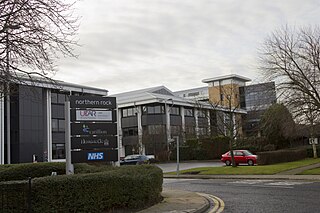 Virgin Money is a banking and financial services brand operating in the United Kingdom.

Virgin Mobile, also known as Mobile from Virgin Media, is a mobile phone service provider operating in the United Kingdom, and a subsidiary of Virgin Media. The company was launched by Virgin Group in 1999 as the world's first Mobile Virtual Network Operator (MVNO). As a virtual operator, Virgin Mobile does not maintain its own network and currently uses the EE network.

Guardian US is the Manhattan-based American online presence of the British print newspaper The Guardian. It launched in September 2011, led by editor-in-chief Janine Gibson, and followed the earlier Guardian America service, which was closed in 2009. Guardian US is only available online. John Mulholland, appointed in January 2018, is the editor of Guardian US.

Benjamin Wegg-Prosser is managing partner of Global Counsel, a London-based strategic consultancy which has as its chair Peter Mandelson. Wegg-Prosser was Tony Blair's Director of Strategic Communications at 10 Downing Street. 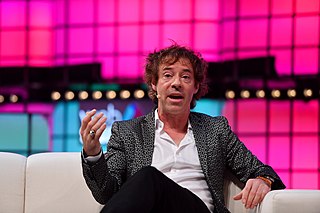 Michael Acton Smith OBE is the current co-CEO and co-Founder of Calm, a meditation space company. He is also the founder of Firebox.com, and founder and chairman of children's entertainment company Mind Candy – the creators of Moshi Monsters. He has been described by The Daily Telegraph as "a rock star version of Willy Wonka" and by The Independent as "a polite version of Bob Geldof."

Paul Cheesbrough is a British Media Executive and is Chief Technology Officer of Rupert Murdoch's Fox Corporation. He has responsibility for all the Technology in the company and also focussed on the separation of News Corporation into two separate businesses in 2013 and works for Robert Thomson after initially working directly for Murdoch.

BBC Design & Engineering is an operational business division of the BBC, which combines the BBC Digital, BBC Engineering and BBC Worldwide Technology divisions. It is responsible for all of the BBC's digital media services including BBC Online, BBC Red Button and BBC iPlayer, BBC mobile apps, internal technology services, technology procurement and BBC Research & Development. It is headed by the Chief Technology and Product Officer; Matthew Postgate.

Virgin Megastores was a retail chain that operated in the United Kingdom from 1971 to 2007. The company was established by Richard Branson, originally as a small record shop, and became a national chain. In 2007, the company was sold to management, and was rebranded as Zavvi. Zavvi entered administration in 2008 and subsequently closed.

Traingate is the popular name given to a 2016 disputed incident between Jeremy Corbyn, leader of the British Labour Party, and the train operating company Virgin Trains East Coast (VTEC) and its minority shareholder Richard Branson.

James Bloom is a screenwriter, director and creative director known for his work in television, advertising and online entertainment. He is the grandson of Freddy Bloom OBE.