archive.today (or archive.is) is a web archiving site, founded in 2012, that saves snapshots on demand, and has support for JavaScript-heavy sites such as Google Maps and progressive web apps such as Twitter. [3] archive.today records two snapshots: one replicates the original webpage including any functional live links; the other is a screenshot of the page. [4]

archive.today can capture individual pages in response to explicit user requests. [5] [6] [7] Since its beginning, archive.today has supported crawling pages with URLs containing the now-deprecated hash-bang fragment (#!). [8]

archive.today records only text and images, excluding XML, RTF, spreadsheet (xls or ods) and other non-static content. However, videos for certain sites, like Twitter, are saved. [9] It keeps track of the history of snapshots saved, requesting confirmation before adding a new snapshot of an already saved page. [10] [11]

Pages are captured at a browser width of 1,024 pixels. CSS is converted to inline CSS, removing responsive web design and selectors such as :hover and :active. Content generated using JavaScript during the crawling process appears in a frozen state. [12] HTML class names are preserved inside the old-class attribute. When text is selected, a JavaScript applet generates a URL fragment seen in the browser's address bar that automatically highlights that portion of the text when visited again.

Web pages cannot be duplicated from archive.today to web.archive.org as second-level backup, as archive.today places an exclusion for Wayback Machine and does not save its snapshots in WARC format. The reverse—from web.archive.org to archive.today—is possible, [13] but the copy usually takes more time than a direct capture. Some web sites get deleted from Internet Archive's listings retroactively or blocked from being saved due to their robots.txt file, but archive.today does not use this. [14]

The research toolbar enables advanced keywords operators, using * as the wildcard character. A couple of quotation marks address the search to an exact sequence of keywords present in the title or in the body of the webpage, whereas the insite operator restricts it to a specific Internet domain. [15]

Once a web page is archived, it cannot be deleted directly by any Internet user. [16] Removing advertisements, popups or expanding links from archived pages is possible by asking the owner to do it on his blog. [17]

While saving a dynamic list, archive.today searchbox shows only a result that links the previous and the following section of the list (e.g. 20 links for page). [18] The other web pages saved are filtered, and sometimes may be found by one of their occurrences. [19] [ clarification needed ]

The search feature is backed by Google CustomSearch. If it delivers no results, archive.today attempts to utilize Yandex Search. [20]

While saving a page, a list of URLs for individual page elements and their content sizes, HTTP statuses and MIME types is shown. This list can only be viewed during the crawling process.

One can download archived pages as a ZIP file, except pages archived since 29 November 2019, [update] when archive.today changed their browser engine from PhantomJS to Chromium. [21]

archive.today was founded in 2012. The site originally branded itself as archive.today, but in May 2015, changed the primary mirror to archive.is. [24]

In January 2019, it began to deprecate the archive.is domain in favor of the archive.today mirror. [25]

In March 2019, the site was blocked for six months by several Australian internet providers in the aftermath of the Christchurch mosque shootings in an attempt to limit distribution of the footage of the attack. [26] [27] It has since been unblocked.

On 21 July 2015, the operators blocked access to the service from all Finnish IP addresses, stating on Twitter that they did this in order to avoid escalating a dispute they allegedly had with the Finnish government. [32] It has since been unblocked.

In Russia, only HTTP access is possible; HTTPS connections are blocked. [33] [34]

As of May 2018, it has not been possible to reach the site when using Cloudflare's 1.1.1.1 DNS service. [35] Cloudflare staff have stated that the problem is on the end of archive.today, as its authoritative nameservers return invalid records when queried from within Cloudflare's network because archive.today returns invalid data to DNS requests coming via Cloudflare's DNS servers. archive.today's reasoning for this is the fact Cloudflare does not send EDNS Client Subnet information in its DNS requests. [36] [37] 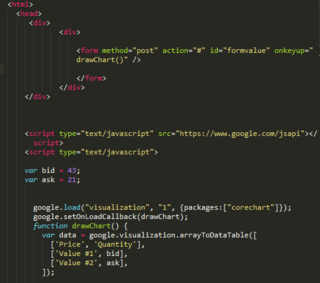 JavaScript, often abbreviated as JS, is a programming language that is one of the core technologies of the World Wide Web, alongside HTML and CSS. As of 2022, 98% of websites use JavaScript on the client side for webpage behavior, often incorporating third-party libraries. All major web browsers have a dedicated JavaScript engine to execute the code on users' devices. 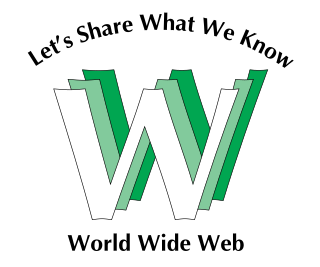 The World Wide Web (WWW), commonly known as the Web, is an information system enabling documents and other web resources to be accessed over the Internet.

Mozilla Firefox, or simply Firefox, is a free and open-source web browser developed by the Mozilla Foundation and its subsidiary, the Mozilla Corporation. It uses the Gecko rendering engine to display web pages, which implements current and anticipated web standards. In November 2017, Firefox began incorporating new technology under the code name Quantum to promote parallelism and a more intuitive user interface. Firefox is available for Windows 7 and later versions, macOS, and Linux. Its unofficial ports are available for various Unix and Unix-like operating systems, including FreeBSD, OpenBSD, NetBSD, illumos, and Solaris Unix. It is also available for Android and iOS. However, as with all other iOS web browsers, the iOS version uses the WebKit layout engine instead of Gecko due to platform requirements. An optimized version is also available on the Amazon Fire TV, as one of the two main browsers available with Amazon's Silk Browser.

A content delivery network, or content distribution network (CDN), is a geographically distributed network of proxy servers and their data centers. The goal is to provide high availability and performance by distributing the service spatially relative to end users. CDNs came into existence in the late 1990s as a means for alleviating the performance bottlenecks of the Internet as the Internet was starting to become a mission-critical medium for people and enterprises. Since then, CDNs have grown to serve a large portion of the Internet content today, including web objects, downloadable objects, applications, live streaming media, on-demand streaming media, and social media sites.

Ad blocking or ad filtering is a software capability for blocking or altering online advertising in a web browser, an application or a network. This may be done using browser extensions or other methods. 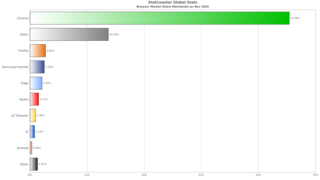 The usage share of web browsers is the portion, often expressed as a percentage, of visitors to a group of web sites that use a particular web browser.

NoScript is a free software extension for Mozilla Firefox, SeaMonkey, other Mozilla-based web browsers and Google Chrome, written and maintained by Giorgio Maone, an Italian software developer and member of the Mozilla Security Group.

HTTP cookies are small blocks of data created by a web server while a user is browsing a website and placed on the user's computer or other device by the user's web browser. Cookies are placed on the device used to access a website, and more than one cookie may be placed on a user's device during a session.

WebCite was an on-demand archive site, designed to digitally preserve scientific and educationally important material on the web by taking snapshots of Internet contents as they existed at the time when a blogger or a scholar cited or quoted from it. The preservation service enabled verifiability of claims supported by the cited sources even when the original web pages are being revised, removed, or disappear for other reasons, an effect known as link rot.

jQuery is a JavaScript library designed to simplify HTML DOM tree traversal and manipulation, as well as event handling, CSS animation, and Ajax. It is free, open-source software using the permissive MIT License. As of Aug 2022, jQuery is used by 77% of the 10 million most popular websites. Web analysis indicates that it is the most widely deployed JavaScript library by a large margin, having at least 3 to 4 times more usage than any other JavaScript library.

DNS rebinding is a method of manipulating resolution of domain names that is commonly used as a form of computer attack. In this attack, a malicious web page causes visitors to run a client-side script that attacks machines elsewhere on the network. In theory, the same-origin policy prevents this from happening: client-side scripts are only allowed to access content on the same host that served the script. Comparing domain names is an essential part of enforcing this policy, so DNS rebinding circumvents this protection by abusing the Domain Name System (DNS).

Google Chrome is a cross-platform web browser developed by Google. It was first released in 2008 for Microsoft Windows, built with free software components from Apple WebKit and Mozilla Firefox. It was later ported to Linux, macOS, iOS, and Android, where it is the default browser. The browser is also the main component of ChromeOS, where it serves as the platform for web applications.

The Wayback Machine is a digital archive of the World Wide Web founded by the Internet Archive, a nonprofit based in San Francisco, California. Created in 1996 and launched to the public in 2001, it allows the user to go "back in time" and see how websites looked in the past. Its founders, Brewster Kahle and Bruce Gilliat, developed the Wayback Machine to provide "universal access to all knowledge" by preserving archived copies of defunct web pages.

Cloudflare, Inc. is an American content delivery network and DDoS mitigation company, founded in 2010. It primarily acts as a reverse proxy between a website's visitor and the Cloudflare customer's hosting provider. Its headquarters are in San Francisco, California. According to The Hill, it is used by more than 20 percent of the entire Internet for its web security services. 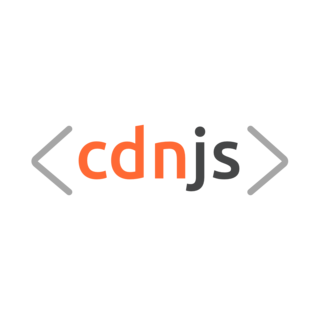 cdnjs is a free and open-source software (FOSS) content delivery network (CDN) hosted by Cloudflare. As of May 2021, it serves 4,013 JavaScript and CSS libraries, which are stored publicly on GitHub. It is included in millions of websites, or 12.4% of the websites on the Internet, making it the second most popular CDN for JavaScript.

DNS over HTTPS (DoH) is a protocol for performing remote Domain Name System (DNS) resolution via the HTTPS protocol. A goal of the method is to increase user privacy and security by preventing eavesdropping and manipulation of DNS data by man-in-the-middle attacks by using the HTTPS protocol to encrypt the data between the DoH client and the DoH-based DNS resolver. By March 2018, Google and the Mozilla Foundation had started testing versions of DNS over HTTPS. In February 2020, Firefox switched to DNS over HTTPS by default for users in the United States.

EDNS Client Subnet (ECS) is an option in the Extension Mechanisms for DNS that allows a recursive DNS resolver to specify the subnetwork for the host or client on whose behalf it is making a DNS query. This is generally intended to help speed up the delivery of data from content delivery networks, by allowing better use of DNS-based load balancing to select a service address near the client when the client computer is not necessarily near the recursive resolver.

DNS over TLS (DoT) is a network security protocol for encrypting and wrapping Domain Name System (DNS) queries and answers via the Transport Layer Security (TLS) protocol. The goal of the method is to increase user privacy and security by preventing eavesdropping and manipulation of DNS data via man-in-the-middle attacks. The well-known port number for DoT is 853.

1.1.1.1 is a free Domain Name System (DNS) service by American company Cloudflare in partnership with APNIC. The service functions as a recursive name server providing domain name resolution for any host on the Internet. The service was announced on April 1, 2018. On November 11, 2018, Cloudflare announced a mobile application of their 1.1.1.1 service for Android and iOS. On September 25, 2019, Cloudflare released WARP, an upgraded version of their original 1.1.1.1 mobile application.

Wikimedia Commons has media related to archive.today .
This page is based on this Wikipedia article
Text is available under the CC BY-SA 4.0 license; additional terms may apply.
Images, videos and audio are available under their respective licenses.