SecureDrop is a free software platform for secure communication between journalists and sources (whistleblowers). [3] It was originally designed and developed by Aaron Swartz and Kevin Poulsen under the name DeadDrop. [4] [5] James Dolan also co-created the software. [6]

After Aaron Swartz's death, the first instance of the platform was launched under the name Strongbox by staff at The New Yorker on 15 May 2013. [7] The Freedom of the Press Foundation took over development of DeadDrop under the name SecureDrop, and has since assisted with its installation at several news organizations, including ProPublica, The Guardian , The Intercept , and The Washington Post . [8] [9] [10]

SecureDrop uses the anonymity network Tor to facilitate communication between whistleblowers, journalists, and news organizations. SecureDrop sites are therefore only accessible as onion services in the Tor network. After a user visits a SecureDrop website, they are given a randomly generated code name. [7] This code name is used to send information to a particular author or editor via uploading. Investigative journalists can contact the whistleblower via SecureDrop messaging. Therefore, the whistleblower must take note of their random code name. [4]

Freedom of the Press Foundation has stated it will have the SecureDrop code and security environment audited by an independent third party before every major version release and then publish the results. [11] The first audit was conducted by University of Washington security researchers and Bruce Schneier. [12] The second audit was conducted by Cure53, a German security firm. [11]

The Freedom of the Press Foundation now maintains an official directory of SecureDrop instances. This is a partial list of instances at prominent news organizations. [14] 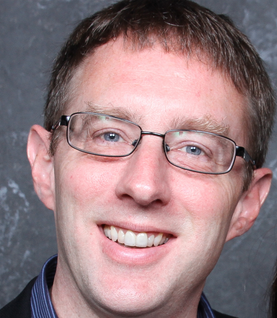 Kevin Lee Poulsen is an American former black-hat hacker and a contributing editor at The Daily Beast.

Aaron Hillel Swartz was an American computer programmer, entrepreneur, writer, political organizer, and Internet hacktivist. He was involved in the development of the web feed format RSS, the Markdown publishing format, the organization Creative Commons, and the website framework web.py, and joined the social news site Reddit six months after its founding. He was given the title of co-founder of Reddit by Y Combinator owner Paul Graham after the formation of Not a Bug, Inc.. Swartz's work also focused on civic awareness and activism. He helped launch the Progressive Change Campaign Committee in 2009 to learn more about effective online activism. In 2010, he became a research fellow at Harvard University's Safra Research Lab on Institutional Corruption, directed by Lawrence Lessig. He founded the online group Demand Progress, known for its campaign against the Stop Online Piracy Act.

The CERT Coordination Center (CERT/CC) is the coordination center of the computer emergency response team (CERT) for the Software Engineering Institute (SEI), a non-profit United States federally funded research and development center. The CERT/CC researches software bugs that impact software and internet security, publishes research and information on its findings, and works with business and government to improve security of software and the internet as a whole. 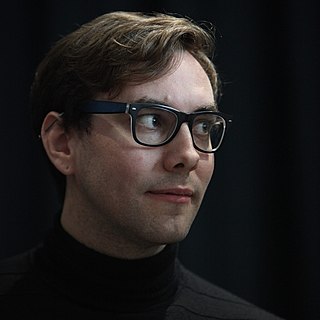 Jacob Appelbaum is an American independent journalist, computer security researcher, artist, and hacker. He studies at the Eindhoven University of Technology, and was formerly a core member of the Tor project, a free software network designed to provide online anonymity. Appelbaum is also known for representing WikiLeaks. He has displayed his art in a number of institutions across the world and has collaborated with artists such as Laura Poitras, Trevor Paglen, and Ai Weiwei. His journalistic work has been published in Der Spiegel and elsewhere. Appelbaum has repeatedly been targeted by U.S. law enforcement agencies, who obtained a court order for his Twitter account data, detained him at the U.S. border after trips abroad, and seized his laptop and several mobile phones.

The Centre for Investigative Journalism (CIJ) is a British independent charity providing training to journalists, researchers, producers and students in the practice and methodology of investigative journalism. It was incorporated as a Company Limited by Guarantee in June 2005 and registered as a Charity in March 2007. Using grants from the Lorana Sullivan Foundation, the CIJ organises annual three-day summer conference and courses in data journalism and investigative techniques. It has provided training to thousands of journalists, researchers and students from over 35 countries. The CIJ is based at the School of Journalism at Goldsmiths, University of London, which has held the CIJ summer conference each year since 2014.

Tails, or The Amnesic Incognito Live System, is a security-focused Debian-based Linux distribution aimed at preserving privacy and anonymity. All its incoming and outgoing connections are forced to go through Tor, and any non-anonymous connections are blocked. The system is designed to be booted as a live DVD or live USB, and will leave no digital footprint on the machine unless explicitly told to do so. The Tor Project provided financial support for its development in the beginnings of the project. Tails comes with UEFI Secure Boot.

Nawaat is an independent collective blog co-founded by Tunisians Sami Ben Gharbia, Sufian Guerfali and Riadh Guerfali in 2004, with Malek Khadraoui joining the organization in 2006. The goal of Nawaat's founders was to provide a public platform for Tunisian dissident voices and debates. Nawaat aggregates articles, visual media, and other data from a variety of sources to provide a forum for citizen journalists to express their opinions on current events. The site does not receive any donations from political parties. During the events leading to the Tunisian Revolution of 2011, Nawaat advised Internet users in Tunisia and other Arab nations about the dangers of being identified online and offered advice about circumventing censorship. Nawaat is an Arabic word meaning core. Nawaat has received numerous awards from international media organizations in the wake of the Arab Spring wave of revolutions throughout the Middle East and North Africa.

Freedom of the Press Foundation (FPF) is a non-profit organization founded in 2012 to fund and support free speech and freedom of the press. The organization originally managed crowd-funding campaigns for independent journalistic organizations, but now pursues technical projects to support journalists' digital security and conducts legal advocacy for journalists.

The Courage Foundation is a trust for fundraising the legal defence of individuals such as whistleblowers and journalists.

Cure53 is a German cybersecurity firm. The company was founded by Dr. Mario Heidrich, a client side security researcher.

Ben Wizner is an American lawyer, writer, and civil liberties advocate with the American Civil Liberties Union. Since July 2013, he has been the lead attorney of NSA whistleblower Edward Snowden. 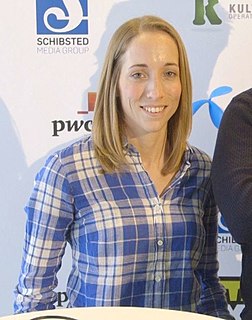 Runa Sandvik is a computer security expert, known as a proponent of strong encryption. She was hired as The New York Times senior director of information security in March 2016 and is a proponent of a smartphone messaging application Signal.