The Free Haven Project was formed in 1999 by a group of Massachusetts Institute of Technology students with the aim to develop a secure, decentralized system of data storage. [1] The group's work led to a collaboration with the United States Naval Research Laboratory to develop Tor, funded by DARPA. [2] [3]

The Project's early work focused on an anonymous storage system, Free Haven, which was designed to ensure the privacy and security of both readers and publishers. [4] [5] It contrasts Free Haven to anonymous publishing services to emphasize persistence rather than accessibility. Free Haven is a distributed peer-to-peer system designed to create a "servnet" consisting "servnet nodes" which each hold fragments ("shares") of documents, divided using Rabin's Information dispersal algorithm such that the publisher or file contents cannot be determined by any one piece. [6] [7] [8] The shares are stored on the servnet along with a unique public key. To recover and recreate the file, a client broadcasts the public key to find fragments, which are sent to the client along anonymous routes. For greater security, Free Haven periodically moves the location of shares between nodes. [9] [10]

Its function is similar to Freenet but with greater focus on persistence to ensure unpopular files do not disappear. [11] The mechanisms that enable this persistence, however, are also the cause of some problems with inefficiency. [12] A referral- or recommendation-based "metatrust" reputation system built into the servnet attempts to ensure reciprocity and information value by holding node operators accountable. [13] [14] Although nodes remain pseudonymous, communication is facilitated between operators through anonymous email. [15]

Tor was developed to by the US Naval Research Laboratory and the Free Haven Project to secure government communications, with initial funding from the US Office of Naval Research and DARPA. Tor was deployed in 2003, as their third generation of deployed onion routing designs. [2] In 2005, the Electronic Frontier Foundation provided additional funding to the Free Haven Project. [2] In 2006, the Tor Project was incorporated as a non-profit organization. [2] 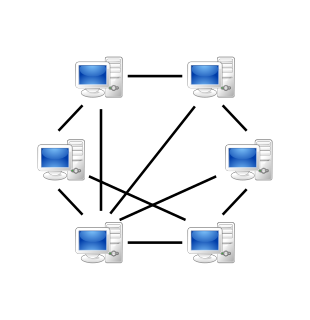 David Chaum is an American computer scientist and cryptographer. He is known as a pioneer in cryptography and privacy-preserving technologies, and widely recognized as the inventor of digital cash. His 1982 dissertation "Computer Systems Established, Maintained, and Trusted by Mutually Suspicious Groups" is the first known proposal for a blockchain protocol. Complete with the code to implement the protocol, Chaum's dissertation proposed all but one element of the blockchain later detailed in the Bitcoin whitepaper.

Onion routing is a technique for anonymous communication over a computer network. In an onion network, messages are encapsulated in layers of encryption, analogous to layers of an onion. The encrypted data is transmitted through a series of network nodes called onion routers, each of which "peels" away from a single layer, uncovering the data's next destination. When the final layer is decrypted, the message arrives at its destination. The sender remains anonymous because each intermediary knows only the location of the immediately preceding and following nodes. While onion routing provides a high level of security and anonymity, there are methods to break the anonymity of this technique, such as timing analysis.

Anonymous web browsing refers to the utilization of the World Wide Web that hides a user's personally identifiable information from websites visited.

In a Sybil attack, the attacker subverts the reputation system of a network service by creating a large number of pseudonymous identities and uses them to gain a disproportionately large influence. It is named after the subject of the book Sybil, a case study of a woman diagnosed with dissociative identity disorder. The name was suggested in or before 2002 by Brian Zill at Microsoft Research. The term pseudospoofing had previously been coined by L. Detweiler on the Cypherpunks mailing list and used in the literature on peer-to-peer systems for the same class of attacks prior to 2002, but this term did not gain as much influence as "Sybil attack". Sybil attacks are also called sock puppetry.

Garlic routing is a variant of onion routing that encrypts multiple messages together to make it more difficult for attackers to perform traffic analysis and to increase the speed of data transfer.

An anonymizer or an anonymous proxy is a tool that attempts to make activity on the Internet untraceable. It is a proxy server computer that acts as an intermediary and privacy shield between a client computer and the rest of the Internet. It accesses the Internet on the user's behalf, protecting personal information of the user by hiding the client computer's identifying information.

Tahoe-LAFS is a free and open, secure, decentralized, fault-tolerant, distributed data store and distributed file system. It can be used as an online backup system, or to serve as a file or Web host similar to Freenet, depending on the front-end used to insert and access files in the Tahoe system. Tahoe can also be used in a RAID-like fashion using multiple disks to make a single large Redundant Array of Inexpensive Nodes (RAIN) pool of reliable data storage. 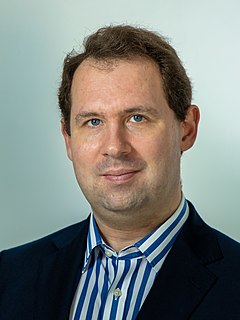 Monero is a privacy-focused cryptocurrency released in 2014. It is an open-source protocol based on the CryptoNote application layer. It uses an obfuscated public ledger, meaning anyone can send or broadcast transactions, but no outside observer can tell the source, amount, or destination. A proof of work mechanism using the hash function RandomX is used to issue new coins and incentivize miners to secure the network and validate transactions.

Roger Dingledine is an American computer scientist known for having co-founded Tor Project. A student of mathematics, computer science, and electrical engineering, Dingledine is also known by the pseudonym arma. As of December 2016, he continues in a leadership role with the Tor Project, as a project Leader, Director, and Research Director.

A wireless onion router is a router that uses Tor to connect securely to a network. The onion router allows the user to connect to the internet anonymously creating an anonymous connection. Tor works using an overlaid network which is free throughout the world, this overlay network is created by using numerous relay points created using volunteer which helps the user hide personal information behind layers of encrypted data like layers of an onion. Routers are being created using Raspberry Pi adding a wireless module or using its own inbuilt wireless module in the later versions.