Childs Play was a darknet child abuse website that operated from April 2016 to September 2017, which at its peak was the largest of its class. [1] [2] [3] [4] [5] The site was concealed by being run as a hidden service on the Tor network. After running the site for the first six months, owner Benjamin Faulkner of Guelph, Ontario, Canada was captured by the United States Department of Homeland Security. For the remaining eleven months the website was owned and operated by the Australian Queensland Police Service's Task Force Argos, as part of Operation Artemis.

The website was run by Australian police for 11 months, and involved impersonation of the forum owner WarHead (Faulkner's alias) which required police to regularly post child abuse images, in order to convince users that the site was not compromised. [1] [4] [6] Ivar Stokkereit, a legal adviser to the United Nations Children's Fund (UNICEF) in Norway, stated this was "a clear violation of the UN Convention on the Rights of the Child, even though the police’s intention is to prevent new offenses in the long run". Amnesty International also criticized the actions as "unacceptable under human rights law". ECPAT (End Child Prostitution, Child Pornography and Trafficking of Children for Sexual Purposes) supported the proactive approach taken by Task Force Argos. [6]

James Sheptycki, professor in criminology at York University, criticized the transfer of the website from its original server in Europe to Australia as "jurisdiction shopping", being done due to the favourable legal framework in Australia that would allow the website to continue running in this way. [7]

The capture of the site, and its subsequent use to gather information, has led to arrests and convictions:

In November 2019 the Canadian network CBC in collaboration with Norwegian VG (Verdens Gang) published a six-part podcast [11] [12] [13] called Hunting Warhead, chronicling the investigation by VG journalist Håkon Høydal and a Norwegian computer security expert of child sexual abuse networks on the dark web. In the course of the six episodes, CBC journalist Daemon Fairless examines the background of Benjamin Faulkner and the course of events that led to his capture.

Child grooming is befriending and establishing an emotional connection with a child, and sometimes the family, to lower the child's inhibitions with the objective of sexual abuse. Child grooming is also regularly used to lure minors into various illicit businesses such as child trafficking, child prostitution, cybersex trafficking, or the production of child pornography.

Child erotica is non-pornographic material relating to children that is used by any individuals for sexual purposes. It is a broader term than child pornography, incorporating material that may cause sexual arousal such as nonsexual images, books or magazines on children or pedophilia, toys, diaries, or clothes. Law enforcement investigators have found that child erotica is often collected by pedophiles and child sexual abuse offenders. Child erotica may be collected as a form of compulsive behavior and as a substitute for illegal child pornography and is often a form of evidence for criminal behavior.

Kids the Light of our Lives was an Internet chat forum which was dedicated to the sexual exploitation of minors. The forum hosted images and live streaming videos of children and babies being subjected to sexual abuse. It was part of an international paedophile ring of over 700 individuals, which was smashed through international cooperation. Acting from information from the Virtual Global Taskforce, the British police made one of the largest child pornography hauls of all time.

Christopher Paul Neil, also known as Mr. Swirl, Swirl Face, or Vico, is a convicted child molester. He was the subject of a highly publicized Interpol investigation of the sexual abuse of at least 12 young boys in Vietnam, Cambodia, and Thailand, primarily owing to the Internet release of pornographic images depicting the abuse. He was arrested by Thai police in October 2007.

Task Force Argos is a branch of the Queensland Police Service, responsible for the investigation of online child exploitation and abuse. Founded in 1997, the unit's original charter was to investigate institutional child abuse allegations arising from the Forde Inquiry.

The Catholic sexual abuse cases in Canada are well documented dating back to the 1960s. The preponderance of criminal cases with Canadian Catholic dioceses named as defendants that have surfaced since the 1980s strongly indicate that these cases were far more widespread than previously believed. While recent media reports have centred on Newfoundland dioceses, there have been reported cases—tested in court with criminal convictions—in almost all Canadian provinces. Sexual assault is the act of an individual touching another individual sexually and/or committing sexual activities forcefully and/or without the other person's consent. The phrase Catholic sexual abuse cases refers to acts of sexual abuse, typically child sexual abuse, by members of authority in the Catholic church, such as priests. Such cases have been occurring sporadically since the 11th century in Catholic churches around the world, including the United States. This article summarizes some of the most notable Catholic sexual abuse cases in Canadian provinces.

Child pornography are laws in the United States specify that child pornography is illegal under federal law and in all states and is punishable by up to 20 years' imprisonment or fine of $5000. The Supreme Court of the United States has found child pornography to be outside the protections of the First Amendment to the United States Constitution. Federal sentencing guidelines on child pornography differentiate between production, distribution, and purchasing/receiving, and also include variations in severity based on the age of the child involved in the materials, with significant increases in penalties when the offense involves a prepubescent child or a child under the age of 12. U.S. law distinguishes between pornographic images of an actual minor, realistic images that are not of an actual minor, and non-realistic images such as drawings. The latter two categories are legally protected unless found to be obscene, whereas the first does not require a finding of obscenity.

Operation Delego is a major international law enforcement investigation launched in 2009, which dismantled an international pedophile ring that operated an invitation-only Internet site named Dreamboard which featured incentives for images of the violent sexual abuse of young children under twelve, including infants. Only 72 charges were filed against the approximately 600 members of Dreamboard due to the extensive encryption involved. Members were required to upload new material at least every 50 days to maintain their access and remain in good standing.

The Rochdale child sex abuse ring involved underage teenage girls in Rochdale, Greater Manchester, England. Nine men were convicted of sex trafficking and other offences including rape, trafficking girls for sex and conspiracy to engage in sexual activity with a child in May 2012. This resulted in Greater Manchester Police launching Operation Doublet to investigate further claims of abuse with 19 men so far being convicted. Forty-seven girls were identified as victims of child sexual exploitation during the police investigation. The men were British Pakistanis, which led to discussion on whether the failure to investigate them was linked to the authorities' fear of being accused of racial prejudice. The girls were mainly White British. 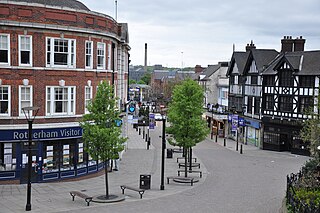 The Rotherham child sexual exploitation scandal consisted of the organised child sexual abuse that occurred in the town of Rotherham, South Yorkshire, Northern England from the late 1980s until the 2010s and the failure of local authorities to act on reports of the abuse throughout most of that period. Researcher Angie Heal, who was hired by local officials and warned them about child exploitation occurring between 2002 and 2007, has since described it as the "biggest child protection scandal in UK history". Evidence of the abuse was first noted in the early 1990s, when care home managers investigated reports that children in their care were being picked up by taxi drivers. From at least 2001, multiple reports passed names of alleged perpetrators, several from one family, to the police and Rotherham Council. The first group conviction took place in 2010, when five British-Pakistani men were convicted of sexual offences against girls aged 12–16. From January 2011 Andrew Norfolk of The Times pressed the issue, reporting in 2012 that the abuse in the town was widespread, and that the police and council had known about it for over ten years.

Richard William Huckle was a convicted English serial sex offender and child rapist. He was arrested by Britain's National Crime Agency after a tip-off from Australian Police and convicted of 71 counts of serious sexual assaults against children while working as a freelance photographer and posing as a Christian teacher in Malaysia.

The Halifax child sex abuse ring was a group of men who committed serious sexual offences against under-aged girls in the English town of Halifax and city of Bradford, West Yorkshire. It was the largest child sexual exploitation investigation in the United Kingdom. In 2016, the perpetrators were found guilty of rape and other crimes in several separate trials at Leeds Crown Court. In total, as many as a hundred men may have been involved in child abuse. Twenty-five suspects were charged by West Yorkshire Police and the Crown Prosecution Service and 18 of these were found guilty, totalling over 175 years of prison time. A further 9 men were convicted in February 2019 for grooming two underage girls in Bradford and sentenced to over 130 years in prison. The majority of those charged and later convicted come from the town's Asian community, and there were fears that their arrests might impact race relations in the town.