Anthony John Attwood (born 9 February 1952) is a British psychologist notable for his work on Asperger syndrome. He resides in Queensland, Australia, where he is an associate professor at Griffith University. [1] [2] [3]

His books include Asperger's Syndrome: A Guide for Parents and Professionals, which has been translated into over 25 languages and provides information on diagnosis, problems of social relations, sensory issues, motor control and other typical issues which face people with Asperger's and their support networks. His other books include The Complete Guide to Aspergers Syndrome; Exploring Feelings for Young Children with High-Functioning Autism or Aspergers Disorder, [5] From Like to Love for Young People with Aspergers Syndrome (Autism Spectrum Disorder): Learning How to Express and Enjoy Affection with Family and Friends; Exploring Depression and Beating the Blues; Been There. Done That. Try This!; Ask Dr Tony; Having Fun with Feelings on the Autism Spectrum; 10 Steps to Reducing Your Child’s Anxiety on the Autism Spectrum.

Attwood has contributed to over 30 research publications in peer reviewed journals. He is an invited speaker at national (Australia) and international conferences; and presents workshops on many aspects of autism.

Attwood has a clinical practice at his diagnostic and treatment clinic for children and adults with Autism Spectrum Disorder Level 1 (formerly known as Asperger's Syndrome), in Brisbane, begun in 1992.

Attwood is the parent of a son with autism, Will Attwood, who was diagnosed when he was in his thirties, during a three-year jail sentence. [6] Subsequently, Will Attwood wrote a book about his experiences with drug addiction, jail and autism, Asperger’s Syndrome and Jail. [7]

In the game To The Moon, Tony makes a refrence in a scene(The hospital scene).(Unseen, only mentioned) 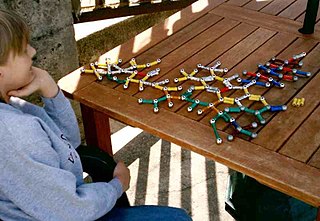 Asperger syndrome (AS), also known as Asperger's, is a neurodevelopmental disorder characterized by significant difficulties in social interaction and nonverbal communication, along with restricted and repetitive patterns of behavior and interests. It is an autism spectrum disorder (ASD), but differs from other ASDs by relatively unimpaired language and intelligence. Although not required for diagnosis, physical clumsiness and unusual use of language are common. Signs usually begin before two years of age and in many cases never resolve. 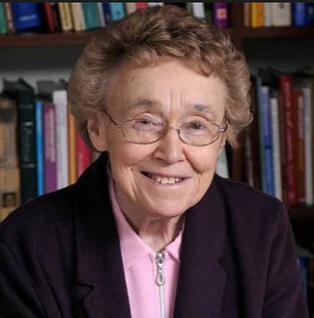 Lorna Gladys Wing, was an English psychiatrist. She was a pioneer in the field of childhood developmental disorders who advanced understanding of autism worldwide, introduced the term Asperger syndrome in 1976 and was involved in founding the National Autistic Society (NAS) in the UK. 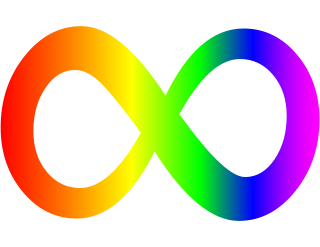 The autism rights movement, also known as the autistic culture movement or the neurodiversity movement, is a social movement within the context of disability rights that emphasizes a neurodiversity paradigm, viewing the autism spectrum as a result of natural variations in the human brain rather than a "disease" to be cured. The movement advocates for several goals, including greater acceptance of autistic behaviors; services that focus on improving quality of life rather than on imitating the behaviors of neurotypical peers; and the recognition of the autistic community as a minority group.

High-functioning autism (HFA) is an autism classification where the patient exhibits no intellectual disability, but may exhibit deficits in communication, emotion recognition and expression, and social interaction. HFA is not included in either the American Psychological Association's DSM-5 or the World Health Organization's ICD-10, neither of which subdivides autism based on intellectual capabilities.

Dr Jacqueline Carol 'Jacqui' Jackson consults, counsels, speaks and writes on most autism issues. Her Doctoral Thesis, entitled 'Nurturing the Engagement of Children with an Autism Spectrum Disorder through Digital Polysensory Experiences', awarded from Coventry University, analysed the sensory differences of children with an ASD and the impact of the digital and built environment. Jackson is a single mother of eight children, three daughters and five sons, of whom all five sons and one daughter are on the autism spectrum. Jackson and her family appeared in a BBC documentary titled My Family and Autism in 2003. A drama film called Magnificent 7 starring Helena Bonham Carter as Maggi, a character based on Jackson, aired on BBC Two in 2005. Jackson lives in Blackpool. 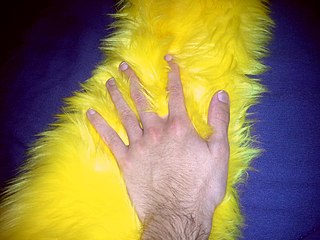 Self-stimulatory behaviour, also known as stimming and self-stimulation, is the repetition of physical movements, sounds, words, or moving objects. Such behaviours are found to some degree in all people, especially those with developmental disabilities and are especially frequent in people on the autism spectrum. People diagnosed with sensory processing disorder are also known to potentially exhibit stimming behaviours. Stimming has been interpreted as a protective response to over-stimulation, in which people calm themselves by blocking less predictable environmental stimuli, to which they have a heightened sensitivity. A further explanation views stimming as a way to relieve anxiety and other negative or heightened emotions.

Jessica Kingsley Publishers (JKP) is an independent, multinational publishing house headquartered in London, and founded in 1987 by Jessica Kingsley. JKP publishes books pertaining to the social sciences and behavioural sciences, with special attention to art therapy and autism spectrum disorders, respectively. In 2004, the company opened an American office in Philadelphia.

Like Colour To The Blind (1996) is the third in a series of four autobiographical works by internationally bestselling autistic author Donna Williams. Once published in the US using the American spelling 'color', it is now published worldwide by Jessica Kingsley Publishers using the UK spelling 'colour'. It has been published in several languages worldwide. 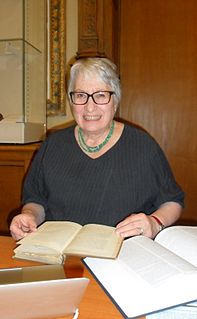 Uta Frith is a German developmental psychologist working at the Institute of Cognitive Neuroscience at University College London. She has pioneered much of the current research into autism and dyslexia, and has written several books on the two subjects arguing for autism to be considered a mental condition rather than being caused by parenting. Her book Autism: Explaining the Enigma introduces the cognitive neuroscience of autism. She is credited for creating the Sally-Anne test along with fellow scientists Alan Leslie and Simon Baron-Cohen. She also pioneered the work with child dyslexia. Among the students she has mentored are Tony Attwood, Maggie Snowling, Simon Baron-Cohen and Francesca Happé.

Social Stories were devised as a tool to help individuals with ASD better understand the nuances of interpersonal communication so that they could "interact in an effective and appropriate manner". Although the prescribed format was meant for high functioning people with basic communication skills, the format was adapted substantially to suit individuals with poor communication skills and low level functioning. The evidence shows that there has been minimal improvement in social interaction skills. However, it is difficult to assess whether the concept would have been successful if it had been carried out as designed.

Societal and cultural aspects of autism come into play with recognition of autism, approaches to its support services and therapies, and how autism affects the definition of personhood. The autistic community is divided primarily into two camps; the neurodiversity movement and the autism cure movement. The neurodiversity movement believes autism is a different way of being and advocates against a cure. On the other hand, the autism cure movement advocates for a cure. There are many autism-related events and celebrations; including World Autism Awareness Day, Autism Sunday and Autistic Pride Day. Autism is diagnosed more frequently in males than in females.

Pathological demand avoidance (PDA) is a proposed sub-type of autism spectrum disorder. Characteristics ascribed to the condition include greater refusal to do what is asked of the person, even to activities the person would normally like. It is not recognized by either the DSM-5 or the ICD-10 and is unlikely to be separated out now that the umbrella diagnosis of ASD has been adopted.

Johann Friedrich Karl Asperger was an Austrian pediatrician, medical theorist, and medical professor for whom Asperger syndrome is named. He is best known for his early studies on mental disorders, specifically in children. His work was largely unnoticed during his lifetime except for a few accolades in Vienna, and his studies on psychological disorders acquired world renown only posthumously. He wrote over 300 publications, mostly concerning a condition he termed autistic psychopathy (AP). 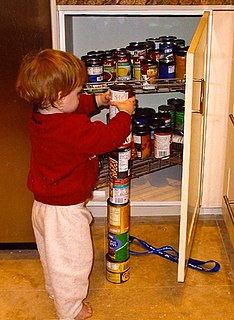 The autism spectrum encompasses a range of neurodevelopmental conditions, including autism and Asperger syndrome, generally known as autism spectrum disorders (ASD). Individuals on the autism spectrum experience difficulties with social communication and interaction and also exhibit restricted, repetitive patterns of behavior, interests, or activities. Symptoms are typically recognized between one and two years of age in boys. However, many children are not finally diagnosed until they are older. Final diagnosis could still be given as an adolescent or even as an adult. The term "spectrum" refers to the variation in the type and severity of symptoms. Those in the mild range may function independently, while those with moderate to severe symptoms may require more substantial support in their daily lives. Long-term problems may include difficulties in performing daily tasks, creating and keeping relationships, and maintaining a job. 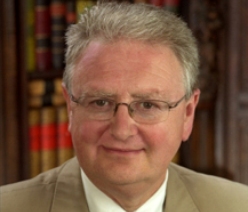 Michael Fitzgerald is an Irish professor of child and adolescent psychiatry, specialising in autism spectrum disorder (ASD). As of June 2005, he said he had diagnosed over 900 individuals with Asperger syndrome. 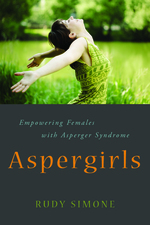 Aspergirls: Empowering Females with Asperger Syndrome is a non-fiction book written by American author Rudy Simone. It was published in 2010 by Jessica Kingsley Publishers. The book is about females who have Asperger syndrome and their experiences. It was written to help girls and women who have been diagnosed with Asperger's.

Autism friendly means being aware of social engagement and environmental factors affecting people on the autism spectrum, with modifications to communication methods and physical space to better suit individual's unique and special needs.

Gunilla Gerland is a Swedish author, lecturer and debater on the topic of Asperger syndrome. 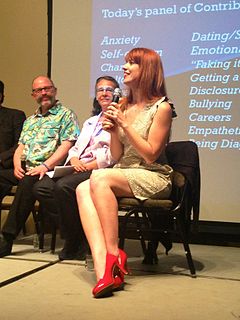 Jennifer Cook O'Toole is an American author and speaker. She is known for her six Asperkids books, which have been translated into six languages and include the winner of the Autism Society of America's Book of the Year Award. Her memoir Autism in Heels: The Untold Story of a Female Life on the Spectrum is a Wall Street Journal Bestseller, a "Best Book" title winner by Publishers Weekly, and named one of both the "Best Autism Books of All Time" and "Best-Selling Autism Books of All Time" by BookAuthority.

Males are more frequently diagnosed with autism than females. It is debated whether this is due to a sex difference in rates of autism spectrum disorders (ASD) or whether females are underdiagnosed. The prevalence ratio is often cited as about 4 males for every 1 female diagnosed. Other research indicates that it closer to 3:1 or 2:1. One in every 42 males and one in 189 females in the United States is diagnosed with autism spectrum disorder. There is some evidence that females may also receive diagnoses somewhat later than males; however, thus far results have been contradictory.