Tony Bourg, born 13 February 1912 in Weicherdange, and died 18 June 1991 in Luxembourg City, was a Luxembourgish professor, author, linguist, and literary scholar and critic.

Tony Bourg attended primary school in Weicherdange, then went to the boarding school in Diekirch, as his father moved to the United States for a long time. After finishing secondary school in 1932, he studied Romance languages and literature, and classical studies, at the Cours Supérieurs in Luxembourg City and at the universities of Paris and Grenoble. From 1939 onwards he taught French and Latin at the Lycée classique d'Echternach. During World War II, from 1941 to 1945, he was forcibly resettled along with his wife. After the war, he became a professor at the Lycée de garçons Luxembourg. From 1955 to 1968 he taught French literature for jurists at the Cours Supérieurs, and from 1968 to 1975 at the French department of the Centre universitaire.

In 1971, he undertook the first large-scale renovation of the Victor-Hugo-Literaturmusée in Vianden. The occasion for this was the 100th anniversary of the French poet's last stay in Vianden in 1871. The museum was to illustrate Hugo's life from now on through a greater use of original documents.

Tony Bourg published articles in many journals and newspapers, especially about foreign writers, such as Victor Hugo, or André Gide, and many others, who had resided in Luxembourg. He was one of the best authorities on the activities of the "Colpach circle", the group of artists, writers and intellectuals around Émile Mayrisch.

Tony Bourg's archives are held in the National Literature Centre under the number CNL L-0011.

Paul Matthieu Hermann Laurent was a French mathematician. Despite his large body of works, Laurent series expansions for complex functions were not named after him, but after Pierre Alphonse Laurent. 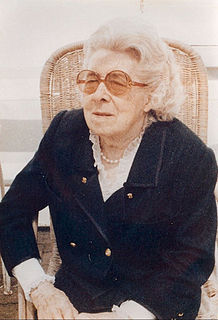 Baroness Suzanne Lilar was a Flemish Belgian essayist, novelist, and playwright writing in French. She was the wife of the Belgian Minister of Justice Albert Lilar and mother of the writer Françoise Mallet-Joris and the art historian Marie Fredericq-Lilar.

Edmond Faral was an Algerian-born French medievalist. He became in 1924 Professor of Latin literature at the Collège de France.

Gilbert Trausch was a Luxembourgish historian. He and other colleagues of the post-World War II generation of Luxembourg historians, such as Paul Margue, brought a new concern for Luxembourg's international relations to their study of its history.

Lucien Wercollier was a sculptor from Luxembourg.

The architecture of Luxembourg probably extends back to the Treveri, a Celtic tribe who prospered in the 1st century BC. A few ruins remain from the Roman occupation but the most significant contributions over the centuries have been the country's castles and churches. Today there is a veritable architectural boom as Luxembourg's economic prosperity provides a basis for developments in the financial, EU and cultural sectors with a number of world-class buildings.

Lambert Schlechter is a Luxembourg author who has published some 30 books written in French, most of them published in France and two written in German published in Luxembourg. His work includes poetry, novels, short stories and essays. A great number of contributions to newspapers, magazines and anthologies in different countries. Since 2006 he is working on a greater prose project under the general titel "Le Murmure du monde": a collection of literary, philosophical and autobiographical fragments; so far seven volumes have been published, VIII, IX and X are in preparation.

Jim Clemes is a Luxembourg architect who founded the Esch-sur-Alzette firm Atelier d’Architecture et de Design Jim Clemes in 1984. He and his firm have designed several modern Luxembourg buildings and are also involved in town planning initiatives.

Roger Le Moine was an emeritus professor of Québec and French literature at the University of Ottawa.

When Luxembourg was invaded and annexed by Nazi Germany in 1940, a national consciousness started to come about. From 1941 onwards, the first resistance groups, such as the Letzeburger Ro'de Lé'w or the PI-Men, were founded. Operating underground, they secretly worked against the German occupation, helping to bring political refugees and those trying to avoid being conscripted into the German forces across the border, and put out patriotic leaflets encouraging the population of Luxembourg to pull through.

Geneviève Hasenohr is a French philologist and prolific scholar of medieval and Renaissance French literature. She has authored or contributed to more than forty books, written at least fifty academic articles and reviews, and prepared numerous scholarly editions.

Suzanne Lamy was a French-born educator, essayist and critic in Quebec.

Anne Beffort was a Luxembourg educator, literary writer and biographer. She is remembered for her works on Victor Hugo and Alexandre Soumet and for her support of French culture in Luxembourg.

Alexis Curvers was a French-speaking Belgian writer. He was married to hellenist Marie Delcourt.

Jacqueline Assaël is a French Hellenist and a professor of Greek language and literature at the University of Nice Sophia Antipolis since 2004. She is also an essayist and poet. 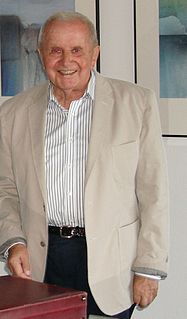 Emile Hemmen, born in Sandweiler on 6. December 1923, is a lyric poet and writer from Luxembourg who lives in Mondorf-les-Bains.