Tony Converse (born August 7, 1935) is a television and film producer who began his professional career in New York in 1957 upon graduation from Yale University (BA Drama). [1]

Having been President of the Yale Dramat (undergraduate theater) and Drama Critic for the Yale Daily News ( in a time when each week brought a new show heading for Broadway to New Haven ) was a big help in getting a job at CBS at a time when there were no TV schools and almost everyone involved in TV in New York came from a Theater background.

While employed as a production assistant at CBS TV, Converse also worked as an actor, stage manager and director in the legitimate theater, interrupted by two years in the Army where he became the Program Director for the Armed Forces Radio Network in Europe. On returning to the United States, he was assistant to the Artistic Directors of the American Shakespeare Festival at Stratford, Connecticut and the Williamstown (Mass.) Theater Festival.

In 1963 he returned to television as Producer of the daytime serial Secret Storm, producing well over 1000 episodes until 1969 when he left to produce The Dick Cavett Show. He created both the Emmy Award nominated summer prime time and late night Cavett formats and was responsible for many notable shows, such as "The Lunts and Noel Coward," "The Woodstock Rock Festival," and one-man shows with Groucho Marx and Jack Benny, as well as many highly controversial evenings on political topics during that volatile time.

The Dick Cavett Show was the title of several talk shows hosted by Dick Cavett on various television networks, including:

Jack Benny was an American comedian, vaudevillian, radio, television and film actor, and violinist. Recognized as a leading 20th-century American entertainer, Benny often portrayed his character as a miser, playing his violin badly, and claiming to be 39 years of age, regardless of his actual age.

In 1971 Converse joined CBS Television as Program Executive and was responsible for the CBS Daytime 90's, a unit he created for the production of 90-minute tape dramas, developing over 60 original teleplays and executive producing 12. He received an Emmy nomination for this program.

Appointed Vice President for Special Programs at CBS in 1974, he was responsible for the development and supervised the production of such films as Minstrel Man, Circle of Children, The Defection of Simas Kudirka, In This House of Brede, The Secret Life of Chapman, Goldenrod, The Deadliest Season and The Amazing Howard Hughes. He was also instrumental in the development of and supervised for the network such shows as Sills and Burnett at the Met, The Body Human, The Chuck Jones Animated Specials and The Carter Inaugural Gala.

The Christopher Award is presented to the producers, directors, and writers of books, films and television specials that "affirm the highest values of the human spirit". It is given by The Christophers, a Christian organization founded in 1945 by the Maryknoll priest James Keller.

Symphony in the Glen

In 1994 he co-founded,with composer/conductor Arthur B. Rubinstein, Symphony in the Glen, a non-profit organization presenting free Chamber Symphony concerts in Los Angeles parks.

For several years he served as a Dramaturg at the National Playwright’s Conference at the Eugene O’Neill Theater Center in Waterford CT. 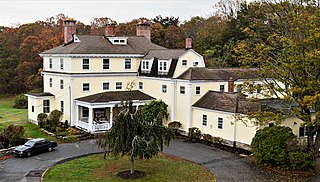 The Eugene O'Neill Theater Center in Waterford, Connecticut is a 501(c)(3) not-for-profit theater company founded in 1964 by George C. White. The O'Neill is the recipient of two Tony Awards, the 1979 Special Award and the 2010 Regional Theatre Award, and the 2015 National Medal of Arts presented on September 22, 2016 by President Obama. The O'Neill is a multi-disciplinary institution that has had a transformative effect on American theater. The O'Neill pioneered play development and stage readings as a tool for new plays and musicals, and is also home to the National Theater Institute, an intensive study-away semester for undergraduates. Its major theater conferences include the National Playwrights Conference ; the National Critics Conference, the National Musical Theater Conference, the National Puppetry Conference, and the Cabaret & Performance Conference. The Monte Cristo Cottage, Eugene O'Neill's childhood home in New London, Connecticut, was purchased and restored by the O'Neill in the 1970s and is maintained as a museum. The theater's campus, overlooking Long Island Sound in Waterford Beach Park, has four major performance spaces: two indoor and two outdoor. The O'Neill is led by Executive Director Preston Whiteway.

In a return to his roots in the legitimate theater Converse, in 1998, co-produced Over the River and Through the Woods which ran 820 performances at the John Houseman Theater in New York and the musical The Thing About Men at the Promenade Theater which won the Outer Critics Circle Award as Best Musical of 2003- 2004 season .

He served for 15 years as a Board Member of the O’Neill Theater Center and, from its inception, Symphony in the Glen; he is also a member of the Caucus for Writers, Producers and Directors and past Governor of the Academy of Television Arts and Sciences.

Ellen Jayne Wheeler is an American actress, director and producer. She has appeared in several soap operas, including Another World and All My Children. In 1986, she won the Daytime Emmy Award for Outstanding Younger Actress in a Drama Series for her work as twins Marley and Vicky Love Hudson on Another World. In 1988, she won another Daytime Emmy for Outstanding Supporting Actress in a Drama Series for her work as Cindy Parker Chandler on All My Children. Wheeler's character was one of the first characters with AIDS on daytime television. Wheeler also made a memorable guest appearance as Phyllis Wicke in the 1991 primetime revival of the gothic soap opera Dark Shadows.

Tonya Williams is an American and Canadian actress, producer, director and activist. Sometimes credited as Tonya Lee Williams, she is best known for her role as Dr. Olivia Barber Winters on the American daytime drama The Young and the Restless, from 1990 to 2011. She is the founder and executive director of Reelworld Film Festival.

Gerald William Abrams is an American television producer and the father of J. J. Abrams, best known for the large number of TV movies he has produced since the mid-1970s.

Paris K. C. Barclay is an American television director and producer, and writer. He is a two-time Emmy Award winner and is among the busiest single-camera television directors, having directed over 150 episodes of television to date, for series such as NYPD Blue, ER, The West Wing, CSI, Lost, The Shield, House, Law & Order, Monk, Numb3rs, City of Angels, Cold Case, and more recently Sons of Anarchy, The Bastard Executioner, The Mentalist, Weeds, NCIS: Los Angeles, In Treatment, Glee, Smash and The Good Wife, Extant, and Manhattan, Empire, and Scandal. In 2016, Barclay worked as an executive producer and principal director for the Fox series Pitch. And most recently, Paris was tapped as the executive producer and director of the newest Shondaland show, Station 19, which follows a group of Seattle firefighters that exist in the Grey’s Anatomy universe and stars Jaina Lee Ortiz, Jason George, Grey Damon, Miguel Sandoval, Jay Hayden, Danielle Savre, Barrett Doss, Okierette Onadowan, and Alberto Frezza. The show is also executive produced by Shonda Rhimes, Betsy Beers, and Stacy McKee. It is set to premiere on ABC in March 2018.

Harold Wesley Kenney, Jr. was an American television producer and director whose career extended from the medium's formative years in the early 1950s, into the 2000s, and included thousands of episodes, both primetime and daytime, as well as five Emmy wins and eight nominations. He was frequently billed as Wes Kenney.

David Holman is a former television producer and executive who worked in New York and Los Angeles. In his six years working for Jim Henson and the Muppets, he helped launch the original The Muppet Show in 1975, and worked on Sesame Street, Emmet Otter's Jug-Band Christmas Special, and The Muppet Movie. He later produced and managed dozens of productions, including several thousand individual shows from daytime soap operas to primetime shows such as Mad About You, and late night shows such as The Dick Cavett Show. He won an Emmy Award for his work at ABC Sports on the 1984 Los Angeles Summer Olympic Games. He currently develops screenplays.

Donna Swajeski is an American writer known for her work on television soap operas. She has been a head writer, a co-head writer and a breakdown writer on award-winning daytime dramas for NBC Daytime, ABC Daytime and CBS Daytime. Before beginning her writing career on daytime dramas, she was Director of the East Coast Daytime Programs for NBC.

John Erman is an American television and film director, actor and producer.

Barbara Garshman is an American television producer, writer and executive. She holds an MA in Theater Arts- TV from UCLA. She is a former NBC Director of Prime Time Development-East Coast where she helped develop the mini-series as a new dramatic form, presenting over 100 hours of on-air programming, as well as made for television movies, sitcoms and dramatic series. She received five Daytime Emmy Award nominations as Supervising Producer of CBS Daytime's Guiding Light. After leaving GL in 1993, she devoted her time to writing for Days of Our Lives, Another World, and a primetime dramatic pilot, Connections. She worked for ABC Daytime as a consultant where she developed writers for their existing serials and conceived new dramatic forms for daytime television.

Neal Baer is an American pediatrician and television writer and producer. He is best known for his work on the television shows ER and Law & Order: Special Victims Unit.

The Nurses is a serialized primetime medical drama that was broadcast in the USA on CBS from September 27, 1962, to May 11, 1965. For the second season, the title was expanded to The Doctors and the Nurses and it ran until 1965, when it was transformed into a half-hour daytime soap opera. The soap opera, also called The Nurses, ran on ABC from 1965 to 1967.

Jeff Melvoin is an American television writer, producer, and educator. He has written dozens and produced hundreds of one-hour episodes on over a dozen television series.

Alessandro Jacchia is an Italian producer. He is co-founder, president and CCO of Albatross Entertainment S.p.A.

The Autobiography of Miss Jane Pittman is a 1974 American television film based on the novel of the same name by Ernest J. Gaines. The film was broadcast on CBS.