Tony Cosmo (born c.1940) is an actor and rock musician famous for his role in Reservoir Dogs, and for appearing in the first live action adaptation of Percy French's poem Abdul Abulbul Amir. [1]

Cosmo's career began in the 1960s, when he fronted a rock and roll band signed with an American label called Fling Records. [2] The group recorded two singles: Wise To You, and Ponytail Annie. [3] Other original compositions included Teenager For President, Give Me Some, The Big Party, and Tiny Hands. [4]

During the 1980s, Cosmo was based in the UK and starred in a series of musical commercials for Whitbread Best Bitter Beer alongside Roy Castle and Blackadder star Tim McInnerny. [5] Cosmo played the Russo-Turkish War era Mameluke Abdul Abulbul Amir who was constantly outwitting the foppish Russian Count portrayed by legendary comedian Stephen Fry. The latter described Cosmo as a "menacing, swarthy character" in his autobiography. [6]

Quentin Jerome Tarantino is an American filmmaker. His films are characterized by nonlinear storylines, aestheticization of violence, extended scenes of dialogue, ensemble casts, references to popular culture and a wide variety of other films, soundtracks primarily containing songs and score pieces from the 1960s to the 1980s, alternate history, and features of neo-noir film. 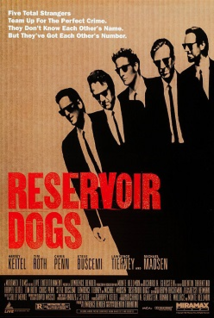 "Abdul Abulbul Amir" is the most common name for a music-hall song written in 1877 under the title "Abdulla Bulbul Ameer" by Percy French, and subsequently altered and popularized by a variety of other writers and performers. It tells the story of two valiant heroes—the titular Abdulla, fighting for the Turks, and his foe, a Russian warrior—who encounter one another, engage in verbal boasting, and are drawn into a duel in which both perish. 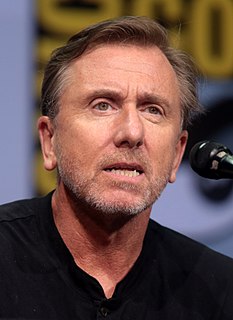 Timothy Simon Roth is an English actor and director. He made his debut in the television film Made in Britain (1982). He gained critical acclaim for his role as Myron in The Hit (1984), for which he was nominated for the BAFTA Award for Most Promising Newcomer. Among a group of prominent British actors of the era, the "Brit Pack", Roth gained more attention for his performances in The Cook, the Thief, His Wife & Her Lover (1989), Vincent & Theo (1990) and Rosencrantz & Guildenstern Are Dead (1990). 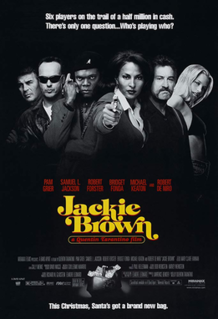 Jackie Brown is a 1997 American blaxploitation crime film written and directed by Quentin Tarantino and starring Pam Grier in the title role. The film is an adaptation of Elmore Leonard's 1992 novel Rum Punch. It is the only feature-length film that Tarantino has adapted from a previous work. The film pays homage to 1970s blaxploitation films, particularly the films Coffy (1973) and Foxy Brown (1974), both of which also starred Grier in the title roles. 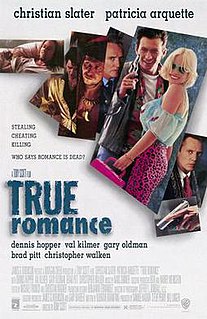 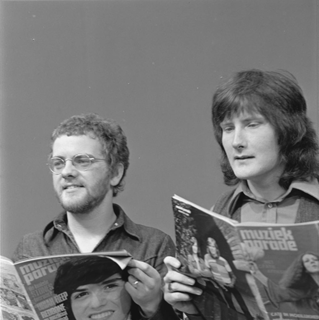 Stealers Wheel were a British folk rock/rock band formed in 1972 in Paisley, Scotland, by former school friends Joe Egan and Gerry Rafferty. Their best-known hit is "Stuck in the Middle with You". The band broke up in 1975 and re-formed briefly in 2008. 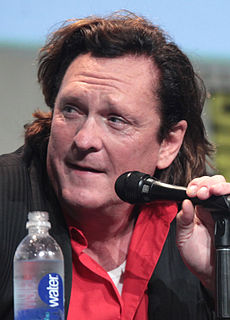 Michael Søren Madsen is an American actor, producer, director, writer, poet and photographer. His first major film role was in Thelma & Louise (1991), and he is best known for working with director Quentin Tarantino in the iconic role of Mr. Blonde in Reservoir Dogs (1992), as Budd in both segments of Kill Bill, and appearing in The Hateful Eight (2015) and Once Upon A Time in Hollywood (2019). Known for playing "charming, careless, terrifying bastards", Madsen has also starred in many feature films and television series, and has done voice work for video games. 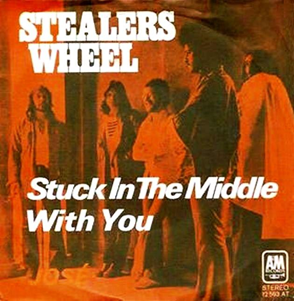 A Band Apart Films was a production company founded by Quentin Tarantino, Michael Bodnarchek, and Lawrence Bender that was active from 1991 to 2006. Its name is a play on the French New Wave classic, Bande à part by filmmaker Jean-Luc Godard, whose work was highly influential on the work of the company's members. Thanks in part to the popularity of Quentin Tarantino's and Robert Rodriguez's films, the company quickly gained cult-like status within Hollywood. 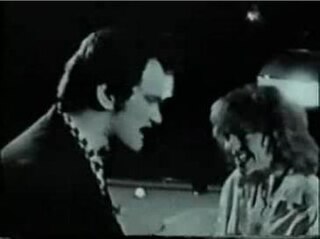 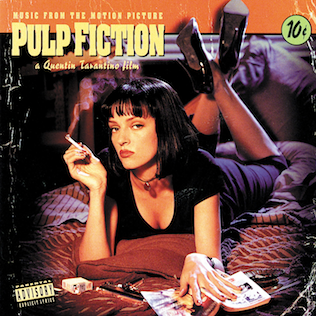 Music from the Motion Picture Pulp Fiction is the soundtrack to Quentin Tarantino's 1994 film Pulp Fiction. No traditional film score was commissioned for Pulp Fiction. The film contains a mix of American rock and roll, surf music, pop and soul. The soundtrack is equally untraditional, consisting of nine songs from the movie, four tracks of dialogue snippets followed by a song, and three tracks of dialogue alone. Seven songs featured in the movie were not included in the original 41-minute soundtrack.

William Kirk Baltz is an American actor. He is best known for his role as the police officer Marvin Nash in Quentin Tarantino's film Reservoir Dogs.

Monte Hellman is an American film director, producer, writer, and editor. Hellman began his career as an editor's apprentice at ABC TV, and made his directorial debut with the horror film Beast from Haunted Cave (1959), produced by Roger Corman.

Tony Tarantino is an American actor and producer. He is the father of filmmaker Quentin Tarantino.

Walter Meskell is a musician and music producer with numerous credits to his name, including producing and/or writing several top 10 hits for Tony DeFranco and the DeFranco Family amongst other accomplishments. Walt was born to Vernice and John Meskell in 1946. He spent his childhood in Southern California near Pasadena in the city of San Marino, California. He developed into a talented musician, specializing in banjo and guitar, and by his late teens was playing professionally. He got his big break performing with Doc Severinsen and playing banjo in The Tonight Show Band. He wrote songs which were recorded by many well-known artists of the time, including Sammy Davis Jr. Walt went on to work as one of the top session musicians in Los Angeles during the 1960s, playing with Wrecking Crew drummer Hal Blaine and guitarist Larry Carlton amongst others.

Quentin Tarantino is an American director, producer, screenwriter and actor, who has directed and written ten films. He first began his career in the late 1980s by directing, writing and starring in the black-and-white My Best Friend's Birthday, a partially lost amateur short film which was never officially released. He impersonated musician Elvis Presley in a small role in the sitcom The Golden Girls (1988), and briefly appeared in Eddie Presley (1992). As an independent filmmaker, he directed, wrote and appeared in the crime thriller Reservoir Dogs (1992), which tells the story of five strangers brought together for a jewelry heist. It proved to be Tarantino's breakthrough film and was named the "Greatest Independent Film of all Time" by Empire. His screenplay for Tony Scott's True Romance (1993) was nominated for a Saturn Award.

Jim Sweeney is a Scottish actor. Over the years, Sweeney has starred in a variety of productions for both film and television. Starting with a small role in River City, he later went on to play Mick Turner in The Crews opposite actors such as David Hayman. In film he has appeared in The Angels Share and The Wee Man as well as a variety of short films. In 2013, he took part in a tribute video to Quentin Tarintino's Reservoir Dogs to make the 21st birthday of the film. The film recreated the opening scene of the original picture with Sweeney playing the role of Joe Cabot. The film was shot in Glasgow and was directed by Colin Ross Smith. Recently, Sweeney has starred in the starred in the Outlander television series and the short film The Groundsman, which was nominated for the 'Best Fiction' accolade at the 2014 British Academy Scotland New Talent Awards.

The following is a list of unproduced Quentin Tarantino projects in roughly chronological order. During his long career, American film director Quentin Tarantino has worked on a number of projects which never progressed beyond the pre-production stage under his direction. Some of these projects are officially cancelled and scrapped or fell in development hell.