Anthony Robert "Tony" Deyo is an American stand-up comedian. In 2013, he made his late-night television debut on Conan. Just a few months later, he made a second television appearance on The Late Late Show with Craig Ferguson. He has performed at the HBO Aspen Comedy Festival, and can be heard on SiriusXM Satellite Radio.

In 2019, Deyo recorded his third album, "Secret Headliner", in front of an unexpecting audience, who had no idea who he was. “The true test of a joke,” Deyo said of the experimental album, “is will it make strangers laugh? Does it work when no one has any idea who you are?” [1]

William Edward Crystal is an American actor, voice artist, comedian, singer, writer, producer, director, and television host. He gained prominence in the 1970s and 80s for television roles as Jodie Dallas on the ABC sitcom Soap and as a cast member and frequent host of Saturday Night Live. He then became a Hollywood film star during the late 1980s and 1990s, appearing in the critical and box office successes The Princess Bride (1987), Throw Momma from the Train (1987), When Harry Met Sally... (1989), City Slickers (1991), Mr. Saturday Night (1992) and Analyze This (1999), and providing the voice of Mike Wazowski in the Monsters, Inc. films, starting in 2001. He will reprise his role in the upcoming Disney+ series Monsters at Work (2021). 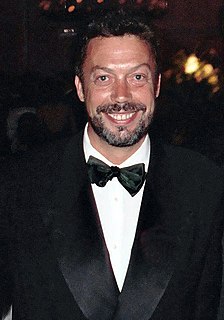 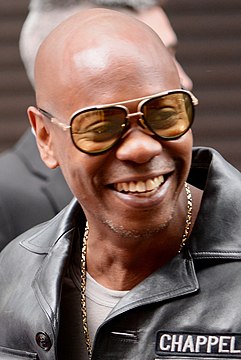 David Khari Webber Chappelle is an American stand-up comedian, actor, writer, and producer. Chappelle is the recipient of numerous accolades, including two Emmy Awards and two Grammy Awards as well as a Mark Twain Prize. He is known for his satirical comedy sketch series Chappelle's Show (2003–2006). The series, co-written with Neal Brennan, ran until Chappelle quit the show in the middle of production of the third season. After leaving the show, Chappelle returned to performing stand-up comedy across the U.S. By 2006, Chappelle was called the "comic genius of America" by Esquire and, in 2013, "the best" by a Billboard writer. In 2017, Rolling Stone ranked him No. 9 in their "50 Best Stand Up Comics of All Time."

Shaun William George Ryder is an English singer-songwriter, television personality and author. As the lead singer of the Happy Mondays he was a leading figure in the Madchester cultural scene in the late 1980s. In 1993 he formed Black Grape, with Happy Mondays dancer Bez.

The Divine Comedy are a chamber pop band from Northern Ireland formed in 1989 and fronted by Neil Hannon. Hannon has been the only constant member of the group, playing, in some instances, all of the non-orchestral instrumentation except drums. To date, twelve studio albums have been released under the Divine Comedy name. Between 1996 and 1999, the band released nine singles that made the UK Top 40, including the top-ten hit, "National Express". 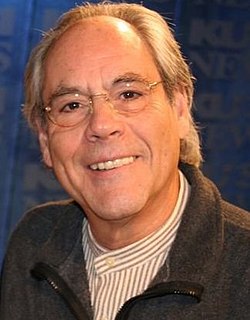 Robert Klein is an American stand-up comedian, singer, and actor. He had several comedy albums in the 1970s, was nominated for a Best Actor in a Musical Tony Award for 1979's They're Playing Our Song, and has made a variety of TV and movie appearances, including hosting Saturday Night Live twice.

David Adam Javerbaum is an American comedy writer. Javerbaum has won 13 Emmy Awards in his career, 11 of which he received for his work on The Daily Show with Jon Stewart. He runs the popular Twitter account @TheTweetOfGod, an account known for its anti-established-religion tweets. which as of April 2020 has 6.1 million followers, and which served as the basis for his play An Act of God, which opened on Broadway in the spring of 2015 starring Jim Parsons, and again in the spring of 2016 starring Sean Hayes. 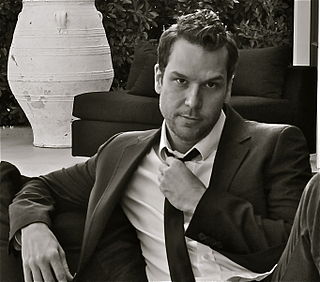 Dane Jeffrey Cook is an American stand-up comedian and film actor. He has released five comedy albums: Harmful If Swallowed; Retaliation; Vicious Circle; Rough Around the Edges: Live from Madison Square Garden; and Isolated Incident. In 2006, Retaliation became the highest charting comedy album in 28 years and went platinum. He performed an HBO special in the Fall of 2006, Vicious Circle, a straight-to-DVD special titled Rough Around The Edges, and a Comedy Central special in 2009 titled Isolated Incident. He is known for his use of observational, often vulgar, and sometimes dark comedy. 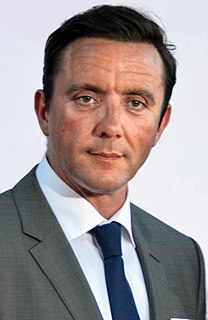 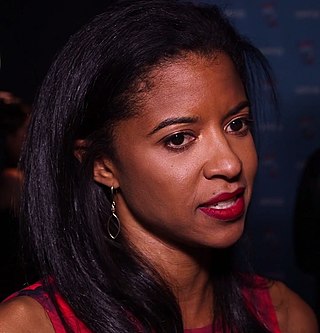 Stephen Andrew Lynch is an American comedian, musician and actor who is known for his songs mocking daily life and popular culture. Lynch has released four studio albums and four live albums along with a live DVD. He has appeared in two Comedy Central Presents specials and starred in the Broadway adaptation of The Wedding Singer. Lynch released a double-disc album, Lion, on November 13, 2012. In 2016, he released a live concert video, Hello Kalamazoo, which is available on Vimeo. He released his studio/live album My Old Heart in 2019. 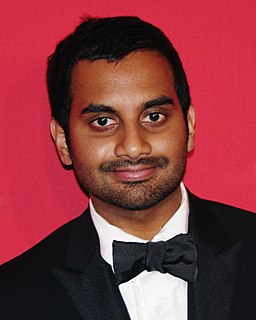 Aziz Ismail Ansari is an American actor, writer, producer, director, and comedian. He is known for his role as Tom Haverford on the NBC series Parks and Recreation (2009–2015), and as creator and star of the Netflix series Master of None (2015–2017) for which he won several acting and writing awards, including two Emmys and a Golden Globe for Best Actor – Television Series Musical or Comedy. With his Golden Globe win, Ansari became the first American actor of Asian descent to win a Golden Globe for acting in television. 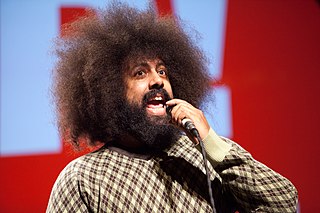 Reginald Lucien Frank Roger Watts is an American comedian, actor, beatboxer and musician. His improvised musical sets are created using only his voice, a keyboard, and a looping machine. Watts refers to himself as a "disinformationist" who aims to disorient his audience, often in a comedic fashion. He appeared on the IFC series Comedy Bang! Bang! and currently leads the house band for The Late Late Show with James Corden.

Andre' Nathaniel Deyo, better known by his stage name mrDEYO, is an American R&B singer and hit songwriter best known for his songwriting abilities and arrangements on "Jenny From The Block" for Jennifer Lopez and subsequently writing the book "Jenny & Becky From The Block" after the release of "Becky From The Block" by Becky G, which she covered as her first single as a solo artist. He has been signed to a publishing deal with Sony/ATV Music Publishing since 2002. 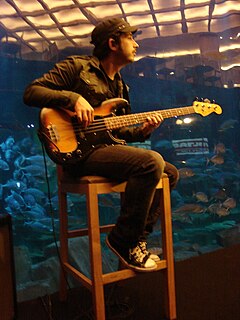 Jeremy McCoy is an American bass guitar player, known for playing on the road and in the studio with several artists around the world.