Tony O'Callaghan (born 16 June 1956) is an English television actor. His most notable role is that of Sergeant Matt Boyden on the British television series The Bill from 1991 to 2003. He had previously appeared as a villain in The Bill in 1989 (S05E81, A Matter of Trust).

In addition to his role on The Bill, he has also appeared in the television series The Magnificent Evans , Family Affairs , Holby City Doctors , EastEnders , Shameless , Three Up, Two Down , The Upper Hand and The Coven (in 2014). [1]

In 2007, O'Callaghan appeared in the UK "Let It Out" Kleenex television advertisement. [2]

He also appeared in the television soap opera Fair City on Irish channel RTÉ One, where he played the character Father Thaddeus, an English priest living in Dublin, Ireland, and who is having a relationship with a female character. In 2013, he joined the cast of EastEnders , playing Ollie Walters. O'Callaghan said of his casting: "I am very excited to be joining a show with as much prestige as EastEnders and I'm looking forward to portraying the nice side and humour of Ollie". [3] He played the role on a recurring basis until 2016. On 10 June 2018, it was announced that O'Callaghan would make a "brief return" to EastEnders. [4]

In 2019, Tony O'Callaghan shared his memories of "The Bill" and his career as a whole for a two-part The Bill Podcast interview

Leslie Michael Grantham was a British actor, best known for his role as "Dirty" Den Watts in the BBC soap opera EastEnders. He was a convicted murderer, having served 10 years for the killing of a West German taxi driver, and had significant press coverage resulting from an online sex scandal in 2004.

Shane Patrick Paul Roche, known as Shane Richie, is a British actor, comedian, television presenter and singer. Following initial success as a stage and screen performer, he became best known for his portrayal of the character Alfie Moon in the BBC One soap opera EastEnders between 2002 and 2005 and then again from 2010 until 2016 and then in its spin-off RTÉ Drama Redwater in 2017. He returned to EastEnders in 2018 for another stint until 2019. In 2020, he appeared on the twentieth series of I'm a Celebrity...Get Me Out of Here and finished in fourth place.

Todd Carty is an English-Irish actor and director who has grown up on television screens in a variety of roles. His stage appearances have ranged from pantomime to serious drama, and he has worked on radio plays, voiceovers, commercials, narrations and films. He is best known for TV roles as Tucker Jenkins in Grange Hill and Tucker's Luck, Mark Fowler in EastEnders, and PC Gabriel Kent in The Bill. 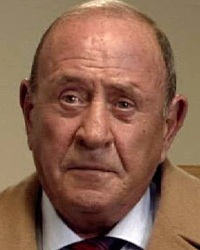 Michael Reid was an English comedian, actor, author and occasional television presenter from London who is best remembered for playing the role of Frank Butcher in EastEnders and hosting the popular children's TV show Runaround. He was noted for his gravelly voice and strong London accent.

Steve Robert McFadden is an English actor. He is known for his role as Phil Mitchell in the BBC One soap opera EastEnders, which he has played since 1990. He was also the presenter of fighting series, Britain's Hardest.

Jean Slater is a fictional character from the BBC soap opera, EastEnders, played by Gillian Wright. Her first appearance is in the episode first broadcast in the United Kingdom on 16 December 2004. Having only been introduced for one episode in 2004, Wright was reintroduced as a regular character the following year. The character is introduced as the mother of Stacey Slater who suffers with bipolar disorder. Her disorder strains her relationship with her children, Stacey and Sean Slater. Wright researched the disorder to prepare for the role. In April 2010, it was announced that Jean would be written out of the series, however, Wright was awarded a reprieve in late 2010. Jean departed on 13 January 2011 and returned on 29 March 2011.

Tessa Wyatt is an English actress best known for her role as Vicky Tripp on the ITV sitcom Robin's Nest. 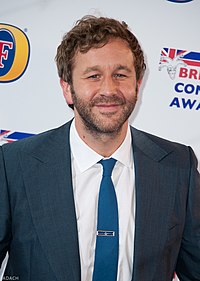 Don Gilét is an English actor, best known for his roles in BBC productions Babyfather, EastEnders and 55 Degrees North.

Jack Alexander Huston is an English actor. He appeared as Richard Harrow in the HBO television drama series Boardwalk Empire. He also had a supporting role in the 2013 film American Hustle, played the eponymous Ben-Hur in the 2016 historical drama, and appeared as one of the main characters in the fourth season of the FX anthology series Fargo (2020). 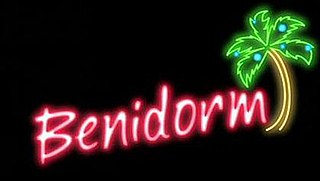