Tony Osoba (born 15 March 1947) is a Scottish actor best known for his role as Jim 'Jock' McClaren in the popular 1970s British sitcom Porridge alongside Ronnie Barker. He also guest starred in the first episode of the spin-off Going Straight . Osoba was the first mixed-race Scottish actor to appear on primetime television when he appeared in the series. [1]

Since then, he has appeared twice in Coronation Street , first as Wesley McGregor in 1982, and secondly as Mike Baldwin's boss Peter Ingram for a few episodes in 1990, before the character was killed off. He also starred as Chas Jarvis in Dempsey and Makepeace .

Born in Maryhill, Glasgow, Scotland, he had an early ambition to design cars but when he realised that the employment opportunities in that field were limited he decided to become an actor after his Highers and trained at the Royal Scottish Academy of Music and Drama. He then joined a theatre company in Richmond, toured abroad and was a member of the Royal Shakespeare Company. [2]

In 2005, Osoba starred as the Kralahome in a UK touring production of The King and I . [6] Recent credits include the 2007 film Tanner, as Superintendent Smith in Hollyoaks and Charlie Dokes in The Bill . In 2011 Osoba made a brief appearance in an episode of The Shadow Line . [7]

Osoba has also appeared in one radio series, Space Force (1984–1985), as Loderick Sincere.

The Daleks are a fictional extraterrestrial race of mutants principally portrayed in the British science fiction television programme Doctor Who. The Daleks were conceived by science-fiction writer Terry Nation and first appeared in the 1963 Doctor Who serial The Daleks, in shells designed by Raymond Cusick. 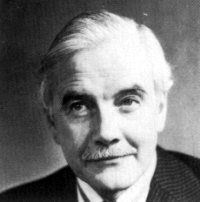 William Fulton Beith Mackay was a Scottish actor and playwright, best known for his role as prison officer Mr. Mackay in the 1970s television sitcom Porridge.

Michael Brandon is an American actor. He is known for his role as James Dempsey in the British drama series Dempsey and Makepeace (1985–1986). His theatre credits include the original Broadway production of Does a Tiger Wear a Necktie? (1969), and playing Jerry Springer in the West End production of Jerry Springer: The Opera (2003–2004).

Suzanne Danielle is an English film and television actress.

Dempsey and Makepeace (1985–86) is a British television crime drama made by LWT for ITV, created and produced by Ranald Graham. Lead roles were played by Michael Brandon (Dempsey) and Glynis Barber (Makepeace), who later married each other on 18 November 1989. 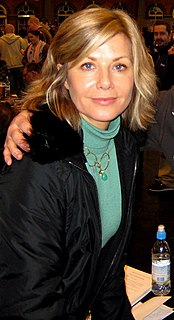 Destiny of the Daleks is the first serial of the 17th season of the British science fiction television series Doctor Who, which was first broadcast in four weekly parts on BBC1 from 1 September to 22 September 1979. The story introduces Lalla Ward as the newly regenerated Romana.

Edward Peel is an English television and stage actor. He was described by The Times in 2010 as a "veteran star of TV dramas" and "a familiar face on television for the past 40 years".

Russell Hunter was a popular Scottish television, stage and film actor. He is perhaps best known as the character "Lonely" in the TV thriller series Callan, starring Edward Woodward; and that of shop steward Harry in the Yorkshire Television sitcom The Gaffer.

Michael Melia is an established British actor best known for his work on television. He appeared as Queen Vic landlord Eddie Royle in BBC One soap opera EastEnders between 1990 and 1991.

Brian Croucher is an English actor and director perhaps best known for his role as Ted Hills, which he played from 1995 to 1997, in the soap opera EastEnders. Since the death of Blake's 7 co-star Paul Darrow in June 2019, Croucher is the oldest surviving cast member of that series.

John Robert Milton professionally known as Milton Johns, is an English actor whose thin features and talent for obsequious or oily characters has often influenced the many television parts he has received. He trained at the Bristol Old Vic Theatre School.

Tony Curran is a Scottish actor who has appeared in Underworld: Evolution, Doctor Who, Roots, and the Netflix historical epic Outlaw King.

Colin Andrew Ignatius Peter McFarlane is a British actor, voice actor and narrator. He is best known for his role as Gillian B. Loeb in two films of Christopher Nolan's The Dark Knight Trilogy, Ulysses in the STARZ television drama series Outlander and as the voice of Bulgy in the children's television series Thomas & Friends.

Ken Grieve was a Scottish television director. Originally a cameraman, he moved into directing and began his career with Coronation Street.

Porridge is a 1979 film based on the television series Porridge. It was released under the title Doing Time in the United States. Most of the warders and inmates from the original series appear in the film, with the notable exceptions of Lukewarm, Blanco, Heslop and Harris. There is also a different governor, played by Geoffrey Bayldon rather than series regular Michael Barrington.

The Brothers McGregor was a British Situation comedy series set in Liverpool, and a spin-off of ITV soap opera Coronation Street, featuring two characters that originally appeared in the soap for one episode in May 1982. The show ran for four series between 1985 and 1988. It was produced by Granada TV, with the episodes written by Julian Roach and John Stevenson, who were also writing episodes of Coronation Street at the time. Gerry Banyard was the casino gambler in the trailer.