Tony Daniel Frazier (born January 25, 1981), who goes by the stage name Tony Tillman or previously Brothatone, is an American Christian hip hop musician. As Brothatone, he released an EP in 2006, The Gift. [6] As Tony Tillman, Mic Check was released by Reflection Music in 2013, and it is his breakthrough release on the Billboard charts. [5] He followed it up with 2013's The Tillman EP that charted on two Billboard charts. [7] His second studio album, Camden , charted on two Billboard magazine charts.

Tony Tillman was born, Tony Daniel Frazier, [1] on January 25, 1981, [3] [4] in Camden, Arkansas. [1] [2] Raised in a single-parent home, Tony Tillman was faced with many challenges urban youths face today. As a youth Tony joined the Crips but later left due to religious influence. [8]

He began traveling with Seventh Day Slumber, and opening shows for several CCM and Hip-Hop artists. He has released two successful projects, and will soon release his first official studio album, called Camden, in summer 2015. The album is based on his previous gang involvement. Tillman currently serves with Fellowship Bible in Murfreesboro, Tennessee. [8]

Tony Tillman started making music in 2006 as Brothatone, releasing The Gift EP. [6] Tony Tillman started using that moniker in 2012. [2] He signed to Reflection Music and released, an album Mic Check and a follow-up EP The Tillman EP both in 2013 that charted on Billboard charts. [5] [7] His second studio album, Camden , was released on August 7, 2015, from Reflection Music Group. [9] [10] The album charted on two Billboard magazine charts, where it peaked at No. 25 on Christian Albums, [11] and No. 19 on Heatseekers Albums. [12]

All Sons & Daughters was an American Christian worship music duo, who performed in the styles of acoustic and folk music, originating from Franklin, Tennessee. The group's leads were Leslie Anne Jordan on vocals and guitar and David Alan Leonard on vocals and piano. They are worship leaders at Journey Church in Franklin, which is a non-denominational church. They have four full-length, commercial album releases, all on the Integrity Music label: Season One, Live, All Sons & Daughters and Poets & Saints. On February 9, 2018, after taking a year off they announced that their "season as a band has come to an end".

Blanca Elaine Callahan, who goes by the stage name Blanca, is a Puerto Rican-born American Contemporary Christian musician. Until 2013, she was a member of Group 1 Crew. She is now a solo artist. She released her debut EP on January 13, 2015, Who I Am EP, with Word Records and her first studio album, Blanca, on May 4, 2015.

Jared Taylor Wells, who goes by the stage name Deraj, is an American Christian hip hop musician. Mirrors & Medicine EP was released by Reflection Music in 2014.

Chad Dorsey Jones, who used to go by the stage name Conviction, is an American rapper. He released an EP in 2014 with Reflection Music, Keep Up, and it was his breakthrough release on the Billboard charts.

Oluwaseun Oluwatosin Otukpe who goes by the stage name S.O. or Seun Otukpe in full, is a Nigerian Christian hip hop musician, based in Texas, United States. So It Begins was released independently in 2011. Lamp Mode Recordings released his first studio album So It Continues in 2012, and this album would be his breakthrough release on the Billboard charts.

Timothy E. Brindle, is an American Christian hip hop lyricist signed to Lamp Mode Recordings. He is also a preacher and teacher of the Gospel of Jesus Christ, and the Senior Admissions Counselor at Westminster Theological Seminary in Philadelphia, where he is a Ph.D. Student in Old Testament. His music and speaking ministry seeks "to make known the Glory of Christ from Genesis to Revelation."

R.M.G. is an American Christian hip hop group signed to Reflection Music Group. The group actively consists of four rappers Derek Minor, Canon, Tony Tillman, Byron Juane, and Deraj In 2012, the group broke through on the Billboard charts with their album Welcome to the Family that was released on March 27, 2012.

Justin Mathew Jarvis is an American Christian musician and guitarist, who serves as the worship direct of The Harbour Church in Pompano Beach, Florida. He started his recording career as part of Jesus Culture on their Emerging Voices album in 2012. His first solo album, Atmospheres, was released in 2014 by Jesus Culture Music and made the Billboard magazine charts.

Jonathan Merrill "Jon" Thurlow is an American contemporary worship musician. His first release was an independent release in 2006, A Life That's Worthy. After releasing several independent recordings, he went on to release his first record with Forerunner Music in 2014, Stand in Awe. This album was his breakthrough release upon the Billboard magazine Christian Albums and Heatseekers Albums charts. In 2019, he teamed up with Watershed Music Group as a published songwriter and distributed recording artist.

Keith Anthony Staten is an American gospel musician. He started his solo music career, in 1990, with the release of, From the Heart, by Lection Records. This was his breakthrough release upon the Billboard magazine Gospel Albums chart. His subsequent album, No Greater Love, was released in 1995 by Glorious Music, but it failed to chart. The third album, Worship in the House, was released by Word Records in tandem with Epic Records in 1996, and this album charted on the Christian Albums chart. He released, Glory in the House, in 1995 with the aforementioned labels, however this time around it charted on the Gospel Albums chart.

Dustin Ray Smith is an American Christian musician. His first release with Integrity Music was in 2012, You Are the Fire. This album was his breakthrough release upon the Billboard magazine Heatseekers Albums chart. The subsequent release, Rushing Waters, was released in 2013, but this failed to chart. He release, Coming Alive, in 2014, and this charted on the aforementioned chart alongside a charting on the Christian Albums chart.

Christopher Andrew "Chris" McClarney is an American Christian musician. He released, Love Never Fails, in 2008, and this was an independently made album. His first release with Kingsway Music was an EP released in 2010, Introducing Chris McClarney. The first studio album, Defender, was released later in 2010 by Kingsway Music. The next release, a live album, Everything and Nothing Less, released on June 9, 2015 by Jesus Culture Music alongside Sparrow Records.

Ryan Dale Stevenson is an American Christian musician and guitarist, who primarily plays a contemporary Christian music and worship style of music. His sponsor is Gotee Records, owned by Christian music artist TobyMac. He released three extended plays, Yesterday, Today, Forever, with BEC Recordings, Champion of the World, independently, and Hold Nothing Back, with Gotee Records. His first studio album, Fresh Start, was released on September 18, 2015, with Gotee Records. He's had five songs chart on the Billboard charts, "Holding Nothing Back", "The Human Side", "Not Forgotten", "All Yours" and "Eye of the Storm". 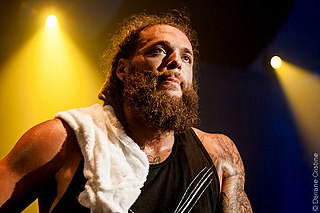 Benjamin "Benjah" Thom, who goes by the stage name Benjah, is an American songwriter and producer. He has released seven studio albums since 2009.

Covenant Worship is an American Christian music worship band from Dallas, Texas. Their group formed at Covenant Church, an interdenominational congregation, while the church was established by Pastors Mike and Kathy Hayes, in 1976. The group released, Heaven on Earth, independently, in 2009. They have released two studio albums, Standing in 2012 and Kingdom in 2014. 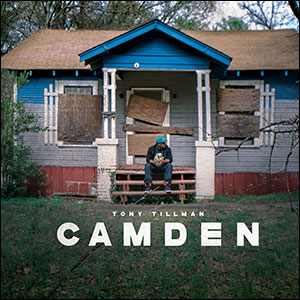