Tonya Hurley is an American writer and director in film, television, live performance, interactive media and the New York Times bestselling author of the book series ghostgirl (Little, Brown and Company, 2008). [1] Precious Blood, the first book in "The Blessed" trilogy (Simon & Schuster) was published in 2012, and "Passionaries" the second book was released January 7, 2013. [2] The Blessed audiobook is read by Moonrise Kingdom star Kara Hayward. Her books are published in nearly 30 countries and in more than 20 languages. [1]

Hurley began her career as a music publicist for such artists as Prince, George Michael, Depeche Mode, The Cure, Bush, Erasure, Morrissey, The B-52’s, Paul Westerberg, John Cale, The Three Tenors and Johnny Rotten among many others.

Her work includes Kiss My Brain (1997); The Biblical Real World (1998); Solo-Me-O (1999), first broadcast on PBS in their documentary series Reel New York; Baptism Of Solitude: A Tribute To Paul Bowles (2000), Tribeca Film Festival selection which aired on the Independent Film Channel, nominated for a Rockefeller Foundation Award [3] in film and is being distributed on a DVD through The United Nations; and Best Friend (2001), which premiered at the 2002 Tribeca Film Festival and Edinburgh Film Festival and was broadcast on Trio, and a feature-length script, "Good Mourning" which made the semi-finals of the Sundance Institute's Writer's Lab. She has written and directed book trailers for her own books and co-wrote and co-directed two stop-motion music videos for Erasure - Gaudete and Make It Wonderful.

Television and other media

Hurley's series ghostgirl was launched in 2002 on ghostgirl.com and published as a Young Adult series from Little, Brown in 2008. [4] The first novel of the series received starred reviews from Publishers Weekly, [5] Kirkus Reviews, [6] Voice of Youth Advocates and School Library Journal. [7] It hit the New York Times best-seller list [8] the week of September 14, 2008. The books have been optioned for film by director Matthew Vaughan. Hurley is set to be the executive producer.

Hurley is a member of Writers Guild of America, East and the Horror Writers Association. [1] She is a contributor to The Huffington Post, sponsors and judges the Teen Writing Essay Contest for Gilda's Club NYC and is the editor of the ebook Living With Cancer: A Teen Perspective with a foreword by actress Emma Stone. Hurley is a founding board member of the Morbid Anatomy Museum in Brooklyn, New York.

She is married to the publicist and artist manager Michael Pagnotta. Her twin sister, Tracy Hurley Martin, is CEO of Morbid Anatomy Museum and the wife of Vince Clarke, the musician of Erasure and the founding member of Yazoo and Depeche Mode.

Tracy Hurley Martin and Tonya Hurley own and operate the TV and film production company Kill Your Darlings, Inc.

Vince Clarke is an English synth-pop musician and songwriter. Clarke has been the main composer and musician of the band Erasure since its inception in 1985, and was previously the main songwriter of several groups, including Depeche Mode, Yazoo, and the Assembly. In Erasure he is well known for his deadpan and low-key onstage demeanour, often remaining motionless over his keyboard, in sharp contrast to Andy Bell's animated and hyperactive frontman antics. Erasure have recorded over 200 songs and have sold over 25 million albums worldwide. Vince Clarke was inducted into the Rock and Roll Hall of Fame in 2020 as a member of Depeche Mode.

Tracy Rose Chevalier, is an American-British novelist. She is best known for her second novel, Girl with a Pearl Earring, which was adapted as a 2003 film starring Scarlett Johansson and Colin Firth. 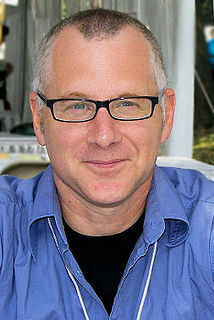 Thomas R. Perrotta is an American novelist and screenwriter best known for his novels Election (1998) and Little Children (2004), both of which were made into critically acclaimed, Academy Award-nominated films. Perrotta co-wrote the screenplay for the 2006 film version of Little Children with Todd Field, for which he received an Academy Award nomination for Best Adapted Screenplay. He is also known for his novel The Leftovers (2011), which has been adapted into a TV series on HBO. 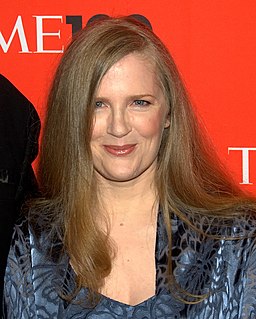 Twilight is a 2005 young adult vampire-romance novel by author Stephenie Meyer. It is the first book in the Twilight series, and introduces seventeen-year-old Isabella "Bella" Swan, who moves from Phoenix, Arizona to Forks, Washington. She is endangered after falling in love with Edward Cullen, a 103-year-old vampire frozen in his 17-year-old body. Additional novels in the series are New Moon, Eclipse, and Breaking Dawn. 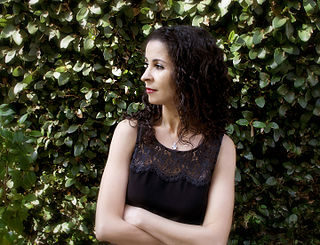 On the Banks of Plum Creek is an autobiographical children's novel written by Laura Ingalls Wilder and published in 1937, the fourth of nine books in her Little House series. It is based on a few years of her childhood when the Ingalls lived at Plum Creek near Walnut Grove, Minnesota, during the 1870s. The original dust jacket proclaimed, "The true story of an American pioneer family by the author of Little House in the Big Woods".

ghostgirl is the debut novel from author and filmmaker Tonya Hurley. It is the story of high school senior "Charlotte Usher", a misfit outsider whose desperation to be popular lives on even after her sudden death. The young adult novel was published on August 1, 2008 by Little, Brown and Company, and hit the New York Times Bestseller list, Chapter Books, on September 14, 2008. ghostgirl has been printed in several different languages around the world, including Spanish and French. It was followed by a sequel in July 2009 called ghostgirl: Homecoming, and a third book, ghostgirl: Lovesick was released in July 2010.

Brea Colleen Grant is an American actress, writer, and director. She played the character of Daphne Millbrook in the NBC television series Heroes.

Elizabeth Searle is an American novelist, short story writer, playwright and screenwriter. Her theater works have received major media attention and have been performed around the country. Her books are "My Body to You," "A Four-Sided Bed"' "Celebrities in Disgrace," "Girl Held in Home" and "We Got Him." Her novel "A Four-Sided Bed" is currently being developed as a feature film. Her script for the film won recognition in 20 2019/2020 competitions. A short film based on the novel, 'Four-Sided,' screened at 2019 festivals in Cannes, Boston, Chicago and more and won over a dozen film 'laurels'. Her most recent novel is 'We Got Him' which was released in AudioBook in 2018. She is the creator and playwright for 'Tonya & Nancy: the Rock Opera' which most recently was produced in February 2020 in a TheatreZone production starring Broadway great Andrea McArdle. In 2019, the Rock Opera had a concert event in NYC at Lucille Lortel Theater on Off Broadway; the event was executive produced by Jim Kierstead. In 2018, a Tonya & Nancy concert at 54Below, featuring Broadway performers, was recorded as a CD from Broadway Records. Virtual presentations are in the works for 2021. The show has had full productions in NYC, in Chicago, LA, Portland Oregon, suburban Dallas and Boston at the ART's Club Oberon Theater. Searle's novel 'Girl Held in Home' was selected for New Rivers Press American Fiction Series. 'A Four Sided Bed' was nominated for an ALA award and various Editor's Choice awards. Her short story collection My Body to You won the Iowa Short Fiction Prize and Celebrities in Disgracewas a finalist for the Paterson Fiction Prize. 'Celebrities in Disgrace' was produced as a short film that screened at various festivals. Searle's one act play, 'Stolen Girl Song' was produced at the Act One One Act Play festival 'off Off Broadway' in 2019. Searle wrote the libretto for Tonya and Nancy:The Opera," produced in 2006, 2010, 2014 and in Minneapolis in 2018. Her and Michael Teoli's full length musical, "Tonya and Nancy: The Rock Opera" was produced in NYC as a sold-out Full Production show at the New York Musical Festival (NYMF). Producer Paul Boghosian/Harborside Films has produced the show to strong reviews in Boston and more. Recent media include features in Broadway World about the 2020 production starring Andrea McArdle and coverage in the New York Times, BroadwayWorld and Playbill. Searle's theater works have drawn both national and international media attention.

Joan Holub is an author and illustrator of over 180 books for children.

Leslie Schwartz is an American author and teacher of creative writing. She has published two novels, Jumping the Green and Angels Crest, the latter of which was made into a 2011 film, and The Lost Chapters, a memoir of her time in jail while recovering from alcoholism.

The Morbid Anatomy Museum was a non-profit exhibition space founded in 2014 by Joanna Ebenstein, Tracy Hurley Martin, Colin Dickey, Tonya Hurley, and Aaron Beebe in the Gowanus neighborhood of Brooklyn, New York City. The museum was an expansion of Ebenstein's long-running project, the Morbid Anatomy Blog and Library and drew heavily on her experiences with the also defunct art groups Observatory and Proteus Gowanus, as well as Beebe's work in the Coney Island Museum and Dickey's interest in the arcane and the esoteric. The museum building had a lecture and event space, a cafe and a store. The museum's closing was announced on December 18, 2016.

Hanya K Yanagihara is an American novelist, editor, and travel writer. She grew up in Hawaii.