Too Good to Be True (Clay Boland song)

"Too Good to Be True" is a popular song composed by dentist-songwriter Clay Boland and published in 1936. It has since been recorded by many jazz and swing musicians including Benny Goodman and Roy Eldridge.

Clay Boland, while studying dentistry at the University of Scranton and University of Pennsylvania, taught himself to play piano and worked in dance bands. In 1936 he started work as a writer/director for Penn's Mask and Wig show. One of his first compositions for the production Red Rumba was "Too Good to Be True", for which Boland wrote the lyrics and music. [1] The song, which became a favorite of the swing era, recalls the proverbial expression "it seems too good to be true," and alludes to the singer's presumed love interest. [2] Musician-author Warren Vaché called the song "a little gem" that was "promptly slated for immortality with an outstanding recording by the Benny Goodman Trio featuring Helen Ward on the vocal." This version, originally released on a Victor 78 rpm record in 1936, was later included on The Complete Benny Goodman, Vol. 2 (1935-1936) compilation album. [1] [3]

Trumpeter Roy Eldridge also released a version of the song in 1936. The recording features the Teddy Wilson Orchestra, which included a rhythm section consisting of Wilson (piano), Sid Catlett (drums), and Israel Crosby (bass). Musician-writer John Goldsby noted that "Too Good to Be True" is among the songs that exemplified Crosby's early playing. "You can hear the seeds of Israel's melodic style, especially in the eighth-note countermelodies he plays behind Chu Berry's saxophone solo." [4] Trumpeter-writer John Chilton described Berry's solo as "a ravishing interpretation of the 32-bar theme" and suggested it was reminiscent of Coleman Hawkins' saxophone playing on the 1933 song "The Day You Came Along". [5]

The song has been recorded many other times, and can be considered a standard. Among the recordings are versions by:

When My Baby Smiles at Me is the name of a popular song with music by Bill Munro and words by Andrew B. Sterling and Ted Lewis, that was published by Harry Von Tilzer Music Publishing in 1920. It was interpolated into the Broadway show The Greenwich Village Follies (1919) and was the first big hit for clarinettist, vocalist and comedian Ted Lewis (1892–1971). Ted Lewis's jazz band recording in 1920 for Columbia Records, became his signature tune, and spent 18 weeks on the charts. Ted Lewis re-recorded it several times over the years and his 1938 version for Decca also charted briefly. The tune was also covered by other artists of the time.

Leon Brown "Chu" Berry was an American jazz tenor saxophonist during the 1930s. 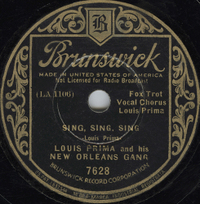 "Sing, Sing, Sing " is a 1936 song, with music and lyrics by Louis Prima, who first recorded it with the New Orleans Gang. Brunswick Records released it on February 28, 1936 on the 78 rpm record format, with "It's Been So Long" as the B-side. The song is strongly identified with the big band and swing eras. Several have performed the piece as an instrumental, including Fletcher Henderson and, most famously, Benny Goodman.

Lars Erstrand was a Swedish vibraphonist. 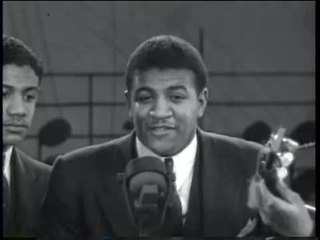 "Dinah" is a popular song published in 1925 and introduced by Ethel Waters at the Plantation Club on Broadway. It was integrated into the show Kid Boots. The music was written by Harry Akst and the lyrics by Sam M. Lewis and Joe Young. Hit versions in 1926 were by Ethel Waters, The Revelers, Cliff Edwards, and Fletcher Henderson. 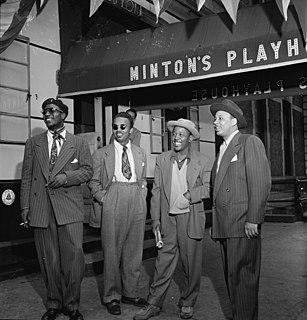 Teddy Hill was a big band leader and the manager of Minton's Playhouse, a seminal jazz club in Harlem. He played a variety of instruments, including drums, clarinet, soprano and tenor saxophone.

"I Can't Get Started" is a popular song. It was introduced in Ziegfeld Follies of 1936 by Bob Hope and Eve Arden. 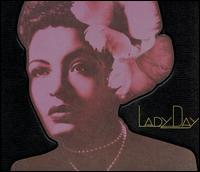 Lady Day: The Complete Billie Holiday on Columbia 1933–1944 is a box set 10-disc compilation of the complete known studio master recordings, plus alternate takes, of Billie Holiday during the time period indicated, released in 2001 on Columbia/Legacy, CXK 85470. Designed like an album of 78s, the medium in which these recordings initially appeared, the 10.5" × 12" box includes 230 tracks, a 116-page booklet with extensive photos, a song list, discography, essays by Michael Brooks, Gary Giddins, and Farah Jasmine Griffin, and an insert of appreciations for Holiday from a diversity of figures including Tony Bennett, Elvis Costello, Marianne Faithfull, B.B. King, Abbey Lincoln, Jill Scott, and Lucinda Williams. At the 44th Grammy Awards on February 27, 2002, the box set won the Grammy Award for Best Historical Album of the previous year. 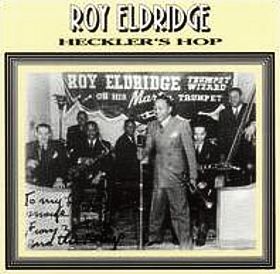 Heckler's Hop is a 1995 compilation album collecting work from the mid- to late-1930s by jazz trumpet-player Roy Eldridge. Released by Hep Records, the album is listed as one of the "Core Collection" albums in The Penguin Guide to Jazz and, by Allmusic, "essential for fans of Jazz trumpet."

"This Year's Kisses" is a popular song written in 1936 by Irving Berlin for the musical film On the Avenue (1937) and introduced by Alice Faye. Popular recordings in 1937 were by Benny Goodman, Hal Kemp, Shep Fields and by Teddy Wilson with Billie Holiday.