Too Many Crooks (disambiguation)

Too Many Crooks is a 1959 British comedy film directed by Mario Zampi.

Too Many Crooks is a 1959 British comedy film directed by Mario Zampi. The plot concerns a bunch of inept crooks who kidnap the wife of a shady businessman, only for him to decide he doesn’t want her back. It stars George Cole, Sidney James and Bernard Bresslaw as members of the gang, alongside Brenda De Banzie as the victim and Terry-Thomas as her husband.

Too Many Crooks may also refer to:

Ralph Ince was an American pioneer film actor, director and screenwriter whose career began near the dawn of the silent film era. Ralph Ince was the brother of John Ince and Thomas H. Ince. 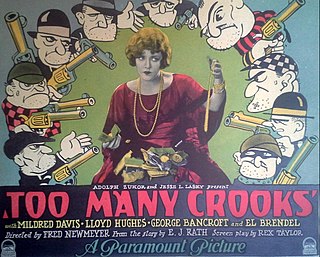 Too Many Crooks is a 1930 British comedy crime film directed by George King and starring Laurence Olivier, Dorothy Boyd and Arthur Stratton.

Too Many Cooks is a surreal dark comedy short that originally aired as a special during Adult Swim's "infomercials" block on October 28, 2014, at 4:00 am Eastern Time. It was created, written, and directed by Casper Kelly, and produced by Williams Street. After its original airing, the piece became a viral video online and was repeated each night at midnight Eastern Time during the week of November 11, 2014. 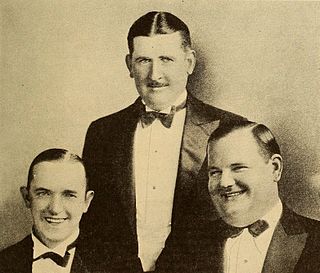 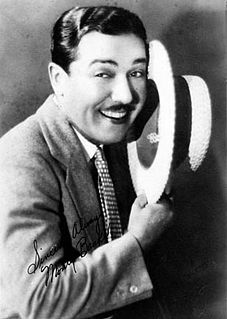 Montague (Monty) Banks was an Italian comedian and film director who achieved success in the United Kingdom and in the US. 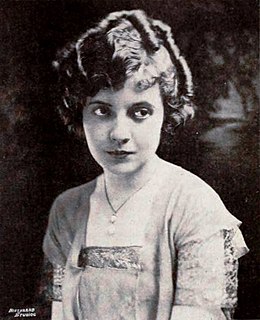 Phonofilm is an optical sound-on-film system developed by inventors Lee de Forest and Theodore Case in the 1920s.

Many Happy Returns may refer to: 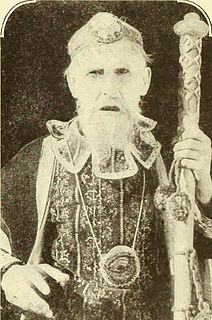 Victor Potel was an American film character actor who began in the silent era and appeared in over 430 films in his 38-year career. 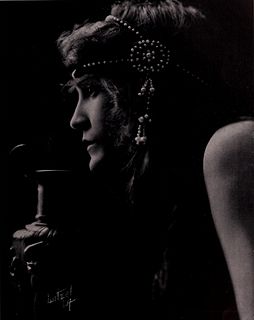 Gordon Harker was an English stage and film actor. he had a long career on the stage, from 1902 to the 1950s. One of the last plays he starred in was Small Hotel, a popular comedy he toured in 1955. In addition, he appeared in 68 films between 1921 and 1959, including three silent films directed by Alfred Hitchcock and in several scenes in Elstree Calling (1930), a revue film co-directed by Hitchcock. He was known for his performance as Inspector Hornleigh in a trilogy of films produced between 1938 and 1940, as well in Saloon Bar (1940), based on a stage play he had starred in and another one of his stage successes The Poltergeist made into the film Things Happen at Night (1947), a poltergeist comedy he co-starred in with Alfred Drayton and Robertson Hare. His last major screen role was as the wily waiter Albert in the 1957 motion picture version of Small Hotel 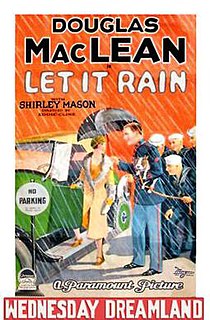 Seven Sinners is a 1925 American black-and-white silent comedy crime film directed by Lewis Milestone and written by Milestone and Darryl F. Zanuck. The film was produced by Warner Bros. Pictures.