Toonerville Folks (a.k.a.The Toonerville Trolley That Meets All the Trains) was a popular newspaper cartoon feature by Fontaine Fox, which ran from 1908 to 1955. It began in 1908 in the Chicago Post, and by 1913, it was syndicated nationally by the Wheeler Syndicate. From the 1930s on, it was distributed by the McNaught Syndicate. [1]

The single-panel gag cartoon (with longer-form comics on Sunday) was a daily look at Toonerville, situated in what are now called the suburbs. Central to the strip was the rickety little trolley called the "Toonerville Trolley that met all the trains", driven in a frenzy by the grizzly old Skipper to meet each commuter train as it arrived in town. A few of the many richly formed characters included the Terrible-Tempered Mr. Bang, the Physically Powerful Katrinka, Little Woo-Woo Wortle, Aunt Eppie Hogg (The Fattest Lady in 3 Counties) and Mickey McGuire, the town bully.

Fox described the inspiration for the cartoon series in an article he wrote for The Saturday Evening Post titled "A Queer Way to Make a Living" (February 11, 1928, page six):

After years of gestation, the idea for the Toonerville Trolley was born one day up in Westchester County when my wife and I had left New York City to visit Charlie Voight, the cartoonist, in the Pelhams. At the station, we saw a rattletrap of a streetcar, which had as its crew and skipper a wistful old codger with an Airedale beard. He showed as much concern in the performance of his job as you might expect from Captain Hartley when docking the Leviathan.

Between 1920 and 1922, 17 Toonerville silent film comedy adaptations were scripted by Fox for Philadelphia's Betzwood Film Company. These starred Dan Mason as the Skipper with Wilna Hervey as Katrinka. Only seven of those 17 shorts survive today. Four are preserved in the Betzwood Film Archive at Montgomery County Community College, Blue Bell, Pennsylvania. [2]

Mickey Rooney starred as Mickey McGuire in more than 55 comedy shorts filmed between 1927 and 1936. Rooney (né Joe Yule, Jr.) adopted the professional name Mickey McGuire for a time before finally settling on the last name Rooney.

The first of three Van Beuren Studios Rainbow Parade animated cartoons adapted from the syndicated panels was released by RKO Radio Pictures on January 17, 1936. Some of those became available on laserdisc in 1994 [3] and later, on DVD from Image Entertainment in 1999. Katrinka was animated by Joseph Barbera. [4]

A Toonerville Trolley cartoon, "Lost and Found," was included in Simple Gifts , a Christmas collection of six animated shorts shown on PBS TV in 1977.

Over the years, various Toonerville characters acted as spokesmen for popular products of the day. Skipper, Flem Proddy and Katrinka appeared throughout the decades in advertisements for Drano, Kellogg's cereals and Chef Boyardee foods. [5]

Between 1934 and 1940, comic book reprints of the panel appeared in many issues of All-American Comics , Famous Funnies , and Popular Comics. In 1995, the strip was one of 20 included in the Comic Strip Classics series of commemorative United States postage stamps.

Three Toonerville cartoons were produced by Van Beuren Studios in 1936 as part of the Rainbow Parade series. [6]

"Toonerville Trolley" has been used as a nickname for various specific trolleys in towns and cities across the United States and Canada. [7]

Stephen King had a character in Pet Sematary refer to a drug trip on Tuinals as a ride on the "Toonerville Trolley".

In William Gass' Middle C , the main character lists some of the kinds of people he doesn't like, including "the nutsy fagans and other detrolleyed toonervilles". [8]

Toonerville was mentioned by an onlooker in the Emergency! episode "Parade" in reference to an impromptu rescue with a vintage fire engine.

A Toonerville Trolley toy is shown briefly in Rintaro's segment in the 1987 anime anthology Neo Tokyo .

The powerful Katrinka appeared in Gasoline Alley on November 6, 2015 and helped explain the uproar about Jeff at the Old Comics Home.

Oswald the Lucky Rabbit is a cartoon character created in 1927 by Walt Disney and Ub Iwerks for Universal Pictures. He starred in several animated short films released to theaters from 1927 to 1938. 27 animated Oswald shorts were produced at the Walt Disney Studio. When the Disney studio was removed from the Oswald series and several of its animators departed to Winkler, Walt Disney and Iwerks created Mickey Mouse.

Terrytoons was an animation studio in New Rochelle, New York, that produced animated cartoons for theatrical release from 1929 to 1972. Terrytoons was founded by Paul Terry, Frank Moser, and Joseph Coffman, and operated out of the "K" Building in downtown New Rochelle. The studio created many cartoon characters including Mighty Mouse, Heckle and Jeckle, Gandy Goose, Sourpuss, Dinky Duck, Little Roquefort, and Luno; Terry's pre-existing character Farmer Al Falfa was also featured often in the series.

Van Beuren Studios was a New York City-based animation studio that produced theatrical cartoons as well as live action short-subjects from the 1920s to 1936.

Burton F. Gillett was a director of animated films. He is noted for his Silly Symphonies work for Disney, particularly the 1933 short film Three Little Pigs.

Dan Gordon was an American storyboard artist and film director, best known for his work at both Famous Studios and Hanna-Barbera Productions. Gordon was one of Famous' first directors, and he wrote and directed several Popeye the Sailor and Superman cartoons. Later, at Hanna-Barbera, Gordon worked on several cartoons featuring Yogi Bear, Huckleberry Hound, and others.

Farmer Al Falfa, the quintessential grizzly old farmer type, is an animated cartoon character created by American cartoonist Paul Terry. He first appeared in Down On the Phoney Farm (1915), a short Terry cartoon distributed by the Thanhouser Company. Next came a series of shorts produced by Terry for Bray Studios, starting with Farmer Al Falfa's Cat-Tastrophe (1916).

The Little King is a 1934-1975 American gag-a-day comic strip created by Otto Soglow, telling its stories in a style using images and very few words, as in pantomime.

Fontaine Talbot Fox, Jr. was an American cartoonist and illustrator best known for writing and illustrating his Toonerville Folks comic panel, which ran from 1913 to 1955 in 250 to 300 newspapers across North America. 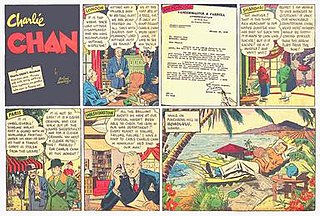 The McNaught Syndicate was an American newspaper syndicate founded in 1922. It was established by Virgil Venice McNitt and Charles V. McAdam. Its best known contents were the columns by Will Rogers and O. O. McIntyre, the Dear Abby letters section and comic strips, including Joe Palooka and Heathcliff. It folded in September 1989. 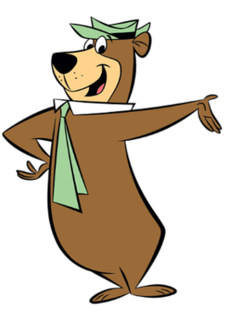 Yogi Bear is an anthropomorphic funny animal who has appeared in numerous comic books, animated television shows and films. He made his debut in 1958 as a supporting character in The Huckleberry Hound Show.

Mickey McGuire is an American comedy series of short subjects from 1927 to 1934. Produced by Larry Darmour, the series was notable for essentially launching the careers of Mickey Rooney and Billy Barty.

Mickey's Movies is a 1928 silent short film in Larry Darmour's Mickey McGuire series starring a young Mickey Rooney. Directed by Albert Herman, the two-reel short was released to theaters on September 2, 1928 by FBO. 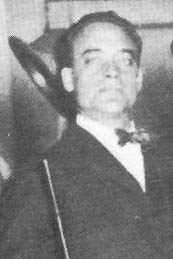 Mickey or Mick McGuire may refer to: 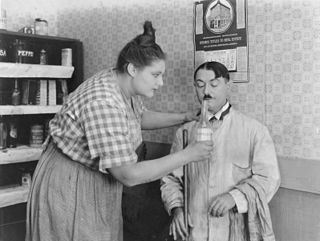 Wilna Hervey was an American silent film actress and artist. 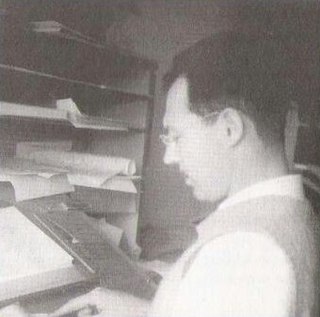 Silly Symphonies: The Complete Disney Classics is a book series which reprints Walt Disney's Silly Symphony Sunday comic strip, drawn by several different Disney artists from 1932 to 1945. The strip was published by King Features Syndicate. The strip often introduced new Disney characters to the public, including its first comic character, Bucky Bug. The series was published by The Library of American Comics from 2016 to 2019.