Top of the Food Chain

Top of the Food Chain is a 1999 Canadian comedy-horror film directed by John Paizs and starring Campbell Scott, Fiona Loewi, and Tom Everett Scott. A parody of alien invasion movies of the 1950s, it was released on video in the United States under the title Invasion!

The film revolves around a vacationing atomic scientist who encounters mysterious carnivorous beings disguised as traveling salesmen who are feeding on the eccentric population of the small isolated town of Exceptional Vista. [1] 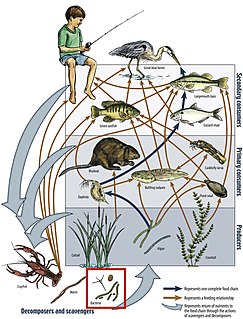 A food web is the natural interconnection of food chains and a graphical representation of what-eats-what in an ecological community. Another name for food web is consumer-resource system. Ecologists can broadly lump all life forms into one of two categories called trophic levels: 1) the autotrophs, and 2) the heterotrophs. To maintain their bodies, grow, develop, and to reproduce, autotrophs produce organic matter from inorganic substances, including both minerals and gases such as carbon dioxide. These chemical reactions require energy, which mainly comes from the Sun and largely by photosynthesis, although a very small amount comes from bioelectrogenesis in wetlands, and mineral electron donors in hydrothermal vents and hot springs. A gradient exists between trophic levels running from complete autotrophs that obtain their sole source of carbon from the atmosphere, to mixotrophs that are autotrophic organisms that partially obtain organic matter from sources other than the atmosphere, and complete heterotrophs that must feed to obtain organic matter. The linkages in a food web illustrate the feeding pathways, such as where heterotrophs obtain organic matter by feeding on autotrophs and other heterotrophs. The food web is a simplified illustration of the various methods of feeding that links an ecosystem into a unified system of exchange. There are different kinds of feeding relations that can be roughly divided into herbivory, carnivory, scavenging and parasitism. Some of the organic matter eaten by heterotrophs, such as sugars, provides energy. Autotrophs and heterotrophs come in all sizes, from microscopic to many tonnes - from cyanobacteria to giant redwoods, and from viruses and bdellovibrio to blue whales. 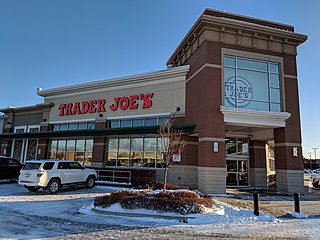 Trader Joe's is an American chain of grocery stores headquartered in Monrovia, California. By 2015, it was a competitor in "fresh format" grocery stores in the United States. By November 2019, Trader Joe's had over 503 stores nationwide in 42 states and Washington, D.C.

Amylose is a polysaccharide made of α-D-glucose units, bonded to each other through α(1→4) glycosidic bonds. It is one of the two components of starch, making up approximately 20-30%. Because of its tightly packed helical structure, amylose is more resistant to digestion than other starch molecules and is therefore an important form of resistant starch. 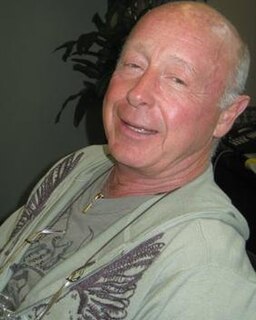 John Paizs is a Canadian director, writer and actor. In 1985 his independent comedy Crime Wave was presented at the Toronto International Film Festival. He was the male lead and also wrote and directed the film.

Veronica Cartwright is an English-born American actress who has worked mainly in US film and television in a career spanning six decades. As a child actress, she appeared in supporting roles in The Children's Hour and The Birds. She is best known for her roles in the 1970s science fiction films Invasion of the Body Snatchers and Alien, winning a Saturn Award for Best Supporting Actress for the latter. In the 1980s, she appeared in The Right Stuff and The Witches of Eastwick. In the 1990s, she received three Emmy nominations as Outstanding Guest Actress in a Drama Series for her roles on the television series ER and The X-Files.

The Walker Brothers were an American pop group of the 1960s and 1970s that included Noel Scott Engel, John Walker and Gary Leeds. After moving to Britain in 1965, they had a number of top ten albums and singles there, including the No. 1 chart hits "Make It Easy on Yourself" and "The Sun Ain't Gonna Shine (Anymore)", both of which also made the US top 20 and Canadian top 2. In between the two was the lesser US hit "My Ship is Coming In", which was another major hit in Britain, where it reached No.3 in the charts. The trio split up in 1968, but reunited in the mid-to-late-1970s and scored a final top 10 UK hit with "No Regrets".

Thrifty Foods is a chain of supermarkets located in British Columbia, Canada.

Scott's Food & Pharmacy was a supermarket chain in the Fort Wayne, Indiana market. The company was once a wholly owned subsidiary of SuperValu, but was acquired by The Kroger Co. in 2007. At the time of its purchase by Kroger, the chain had 18 locations. By late 2014, that number had dwindled to one location as a result of stores being closed or rebranded under the Kroger banner. However, the company shut down in 2016, due to the final store rebranding to Kroger.

Nathan Lee Powell is an American graphic novelist and musician. His 2008 graphic novel Swallow Me Whole won an Ignatz Award and Eisner Award for Best Original Graphic Novel. He illustrated the March trilogy, an autobiographical series written by U.S. Congressman John Lewis and Andrew Aydin, which received the 2016 National Book Award, making Powell the first cartoonist to receive the award. 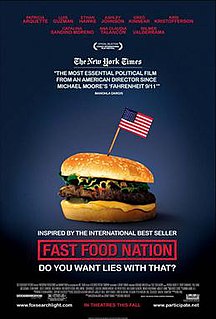 Invasion! may refer to:

Golden Skillet is a fast-food chain selling fried chicken that began in Richmond, Virginia. The first Golden Skillet chicken was sold in 1964 at the downtown Richmond department store Thalhimer's. It was the recipe of Clifton W. Guthrie, who first served the recipe at a Richmond Planning Commission meeting. Thalhimer executive Newman Hamblet was there, and decided to add it to the menu at the downtown store's Richmond Room. It was originally called Chicken and Spice and Virginia Fried Chicken.

Trophic cascades are powerful indirect interactions that can control entire ecosystems, occurring when a trophic level in a food web is suppressed. For example, a top-down cascade will occur if predators are effective enough in predation to reduce the abundance, or alter the behavior, of their prey, thereby releasing the next lower trophic level from predation.

"Superfly" is a song by Curtis Mayfield, the title track from his 1972 soundtrack album for the film of the same name. It was the second single released from the album, following "Freddie's Dead ", and reached #8 on the Billboard Hot 100 and #5 on the Best Selling Soul Singles chart. The lyrics celebrate the craftiness and determination of the film's main character. The song plays over the film's closing credits.

Oportuzumab monatox is an antineoplastic. Chemically, oportuzumab is a single chain variable fragment of a monoclonal antibody which binds to epithelial cell adhesion molecule. Oportuzumab is fused with Pseudomonas aeruginosa exotoxin A.