Topaz is a mineral or gemstone.

Topaz or TOPAZ may also refer to:

This disambiguation page lists articles associated with the title Topaz.
If an internal link led you here, you may wish to change the link to point directly to the intended article.

Orion may refer to:

A ruby is a red gemstone.

Titan most often refers to:

Merlin is a wizard in Arthurian legend.

Snow is precipitation in the form of crystalline water ice.

The Trinity is the Christian doctrine of one God in three persons.

Enigma, aenigma, or The Enigma may refer to:

Artemis is the ancient Greek goddess of the hunt, the wilderness, wild animals, the Moon, and chastity.

Excalibur is the mythical sword of King Arthur.

Rhapsody or variant may refer to:

A kestrel is a type of bird.

Wildfire is a fire in an area of combustible vegetation that occurs in the countryside or rural areas.

A hummingbird is a member of a family (Trochilidae) of very small birds.

The Ultraforce is a fictional superhero group that appears in comic books published by Malibu, and later Marvel, as well as an animated series produced by DIC. Their purpose was to protect the public and keep other Ultras from getting out of line. The membership consisted of various "ultras" (superheroes) in Malibu's Ultraverse, including the super-strong Prime; Hardcase, one of the first public Ultras and the most famous; Prototype, Ultra-Tech's armored spokesperson; Topaz, warrior queen of Gwendor; the undead Ghoul, the last surviving member of the Exiles; and the mysterious Contrary, who organized the team and provided their technology. The Ultraforce was adapted in 1995 as an animated television series that ran for 13 episodes. 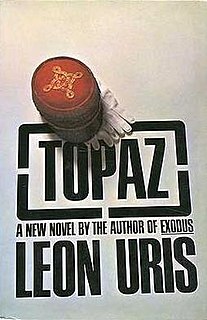 Astra may refer to: