He served as a deputy representative to the Parliament of Norway from Nordland during the term 2013–2017. [1] He hails from Bodø.

Arne is a common forename for males in Scandinavia. It also occurs as a surname in England.

Anna-Kristin Ljunggren is a Norwegian politician for the Labour Party.

Tor-Arne Strøm is a Norwegian politician for the Labour Party. 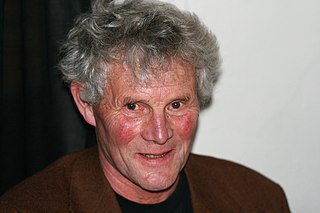 Tor Obrestad was a Norwegian novelist, poet and documentary writer.

Viking won the Norwegian Cup after beating Haugar 2–1 on 21 October 1979. The goal scorers for Viking were Bjarne Berntsen who scored a penalty in the 55th minute and Jens Egil Vikanes who scored in the 62nd minute. For Haugar, Dean Mooney scored in the 25th minute. This was the first time two teams from Rogaland met in a national final. Viking's official report stated that Haugar were the best team for large parts of the match. However, once Svein Kvia send a probing ball to give Jens Vikanes a goal, the game was secured for Viking.

Brann won the Norwegian Cup after beating Molde 3–2 on 24 October. The goal scorers were Geir Austvik after 17 minutes, Ingvar Dalhaug after 42 minutes and Neil MacLeod after 58 minutes. For Molde, Rune Ulvestad scored in the 21st minute, and Steinar Henden scored in the 37th minute. Øyvind Pettersen was sent off for Brann in the 88th minute. 24,000 spectators watched the match at Ullevål stadion in Oslo. The referee was Torbjørn Aass. This was Brann's fifth Norwegian Cup.

Lillestrøm won the Norwegian Cup after beating Vålerenga 4–1 on 20 October 1985. The goal scorer for Lillestrøm was André Krogsæter, who scored four times, in the 26th, 34th, 74th and 85th minute. For Vålerenga, Vidar Davidsen scored in the 85th minute.

The Norwegian Football Cup 1986 was won by Tromsø IL after they beat Lillestrøm in the cup final.

Arne Bakker was a Norwegian footballer and bandy player.

Tor Torgersen was a Norwegian long-distance runner. He specialized in the longest track distances, 5000 and 10,000 metres, as well as cross-country running and from around 1960 the marathon, in which he also competed at that year's Olympic Games. On the track he became national champion in two events in 1959, with an additional four titles taken outside the track. He was later a national team coach in swimming. 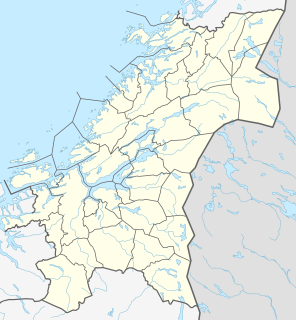 St. Michael's Chapel is a parish church in Oppdal municipality in Trøndelag county, Norway. It is located in the Drivdalen valley, just south of the village of Holan, about 10 kilometres (6.2 mi) south of the village of Oppdal. It is a smaller mountain chapel in the Oppdal parish which is part of the Gauldal prosti (deanery) in the Diocese of Nidaros. The small wooden chapel was built in 2012 by the architect Yngvild Wathne Sæther. The church seats about 50 people, but it is sometimes used as the backdrop for outdoor services 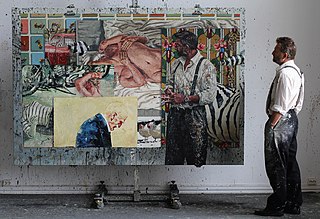 Tor-Arne Moen is a Norwegian painter and author. He lives in Notodden with atelier in Hydroparken. He's a member of Norske Billedkunstnere, Norwegian Authors' Union and Norske Grafikere.

Norway competed at the 2015 World Aquatics Championships in Kazan, Russia from 24 July to 9 August 2015.