Torben Larsen (May 1, 1942) is a noted Danish scientist working in the field of hydrology and water pollution.

Torben Larsen was born in Copenhagen on 1 May 1942. [1] He graduated with a degree in hydraulic engineering from the Polyteknisk Læreanstalt (Technical University of Denmark) in 1966. [1] [2]

The Technical University of Denmark, often simply referred to as DTU, is a university in Kongens Lyngby, just north of Copenhagen, Denmark. It was founded in 1829 at the initiative of Hans Christian Ørsted as Denmark's first polytechnic, and is today ranked among Europe's leading engineering institutions.

From 1967 to 1969 Larsen worked for the Directorate for Hydraulic Engineering. In 1969 he moved to Aalborg to work for Danmarks Ingeniørakademi, later Aalborg University. In 1989 he was appointed Associate Professor and in 2001 Professor. [1] In 2001 Torben Larsen defended his doctoral thesis about dilution of waste water in the coastal zone. [1] Between 1997 and 2005 Larsen was a member of Statens Teknisk-videnskabelige Forskningsråd (the Danish Technical-Scientific Research Board). [2]

Aalborg, is Denmark's fourth largest city with an urban population of 136,000, including 22,000 in the twin city Nørresundby 600 metres (2,000 ft) across the Limfjord. With a population of 215,379, the Municipality of Aalborg is the third most populous in the country after Copenhagen and Aarhus. By road Aalborg is 64 kilometres (40 mi) southwest of Frederikshavn, and 118 kilometres (73 mi) north of Aarhus. The distance to Copenhagen is 412 kilometres (256 mi). 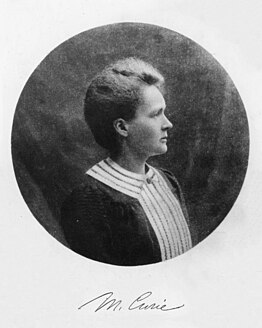 Larsen has been working on the possibility of closing the Thyborøn channel in the Limfjorden to prevent flooding in the low coastal areas.

Henrik Frystyk Nielsen is a Danish engineer and computer scientist. He is best known for his pioneering work on the World Wide Web and subsequent work on computer network protocols.

Alberto Luigi Sangiovanni-Vincentelli is an academic researcher, teacher, entrepreneur, technical advisor and business man. He is a co-founder of the two companies in the Electronic design automation (EDA) space: Cadence Design Systems and Synopsys, Inc. Theodor Christoph Heinrich Rehbock was a German hydraulics engineer, and professor at the University of Karlsruhe.

Adrian Carter is an English architect, Associate professor at the Department of Architecture and Design at Aalborg University, Denmark and Director of the Utzon Research Center in Aalborg. Carter also teaches at the Aarhus School of Architecture, Århus, Denmark. Under the auspices of Aalborg University, Adrian Carter initiated and established the Utzon Center and became its first Director. The Utzon Center building on the Aalborg harbourfront was designed by Jørn Utzon in conjunction with his architect son Kim Utzon¹s office and opened to the public in May 2008.

Michael T. Goodrich is a mathematician and computer scientist. He is a Chancellor's Professor and the chair of Department of Computer Science, of Donald Bren School of Information and Computer Sciences, a school of University of California, Irvine.

Søren Absalon Larsen was a Danish physicist who worked in the field of electroacoustics and is best known for giving his name to the Larsen effect.

Louis Becker is a Danish architect and lecturer and the International Design Director at Henning Larsen Architects.

Harold Vincent Poor, FRS FREng is the former Dean of Engineering and a professor at Princeton University, USA. He is a specialist in wireless telecommunications, signal processing and information theory. He has received many honorary degrees and election to national academies. He was also President of IEEE Information Theory Society (1990). He is on the Board of Directors of the IEEE Foundation.

Jan Persson worked as freelance photographer since 1962 for Danish newspapers and magazines in and around Copenhagen. Early on he specialized on documenting the jazz scene, later also the visiting beat and rock musicians who visited Copenhagen during the sixties and the seventies. His works have been documented in a series of books and exhibitions and his pictures are used on more than 1000 album and CD covers.

Henrik Lund is a Danish engineer and professor at Aalborg University.

Morrough "Mike" Parker O'Brien, Jr. was an American hydraulic engineering professor and is considered the founder of modern coastal engineering. In addition to his academic work, O'Brien served as a consultant on a variety of government and private sector projects including work for General Electric. O'Brien's government career culminated in a presidential appointment to the National Science Board.

Vermund Larsen was a Danish furniture designer and manufacturer. Larsen became known for his work while living in Aalborg, an industrial city in northern Denmark. Larsen is best known for creating Europe's first glass–fiber chair in 1955.

B. Mutlu Sumer is a Turkish scientist and engineer. He is known for his studies on seabed and structure interaction including scour and soil liquefaction. He was previously Professor at the Technical University of Denmark until he retired in 2015. He held a Professor-Emeritus position between June 2015 and June 2017 at the same university. He was Professor of Hydraulics at Istanbul Technical University before he moved to Denmark in 1984. B. Mutlu Sumer relocated to Turkey, his native country, in 2016 and founded a consultancy and research company affiliated with Istanbul Technical University.